Oliver Naesen is a Belgian professional racing cyclist who has won the 2017 Belgian National Road Race Championships. and the Bretagne Classic in 2016 and 2018. He is currently riding for  UCI WorldTeam AG2R Citroen Team.

How Much Is Oliver Naesen Net Worth In 2021?

In 2020, Oliver Naesen confirms the team's switch to BMC, says he has received less than half the salary of his three-year CCC contract.

Oliver Naesen is in a relationship for a long-time now. His girlfriend goes by the Instagram name, dorienfav. On 2nd November 2020, Oliver posted a picture with his bae and captioned it, "7y already? Love you, princess!" 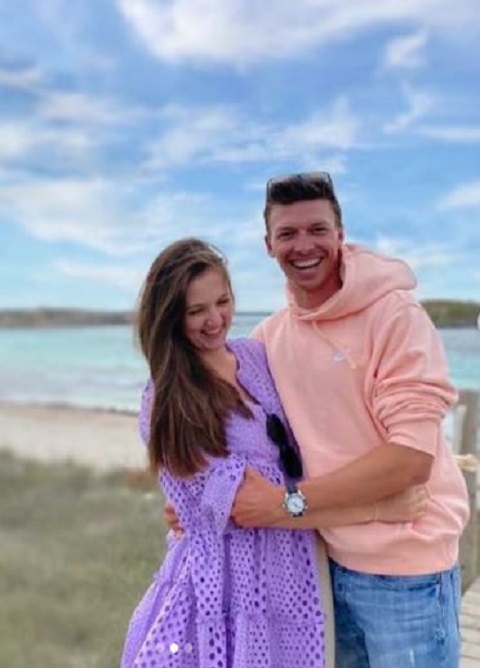 In an interview, he said, "Well, I was born on the northern coast of Belgium in Ostend, but we moved very quickly to Berlare, which is between Antwerp and Ghent. I am building a house with my girlfriend nearby." Additionally, he added, "I live with my girlfriend, so it’s just her and me."

His Brother Is Also A Cyclist

Oliver's brother is Lawrence Naesen who currently rides for UCI WorldTeam AG2R Citroen Team. He was born on 28th August 1992.

In September 2017, Lawrence joined Lotto–Soudal on a two-year contract from 2018. Upon the termination of his deal, he joined AG2R La Mondiale.

Naesen turned professional in August 2014 as a stagiaire joining the  Lotto–Belisol. The following year, he joined Topsport Vlaanderen–Baloise. In 2016, he joined Swiss UCI WorldTeam IAM Cycling.

At the 2016 Tour de France, he made his Grand Tour debut where he won the combativity award on the 4th Stage. In the last corner of the stage 18 mountain time trial, he made a spectacular crash, however, finished his maiden Tour in 83rd position overall.

He has his first victory at the Bretagne Classic in a UCI World Tour race. In September, he came 2nd in the general classification of the 2016 Eneco Tour following a good performance in the final stage to Geraardsbergen, which earned finished 23rd.

In 2017, he signed a two-year contract with the French team AG2R La Mondiale. In Summer, he won the 2017 Belgian National Road Race Championships in Antwerp, before competing in his second Tour de France.

The following season, he reached 11th at the Tour of Flanders and 12th in Paris–Roubaix. Further, he won the Bretagne Classic Ouest–France for the second time.