2019 Combativity Award-winning cyclist, Julian Alaphilippe currently rides for UCI WorldTeam Deceuninck-Quick-Step. A professional since 2013, the French road cyclist and cyclocross racer made his debut with Etixx–IHNed.

Julian Alaphilippe Net Worth & Salary As Of 2020

Eight years long a professional cyclist has earned Alaphilippe a tremendous sum. As of 2020, Julian Alaphilippe has an estimated net worth of around $1 million. As reported, he summoned €500,000 (£447,322) in prize money after winning the Tour de France. 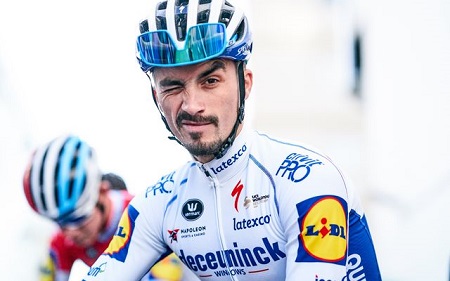 The pro cyclists earn from prize money and bonuses from the races they participate in, as well as generate income from private endorsements. On average, the cyclist makes the six-digit figure annually.

The 2019 Vélo d'Or winner ahead of  Egan Bernal was also the third for the same award beside Alejandro Valverde and Geraint Thomas in 2018. He might have got some amount as a reward.

Not every celebrity prefers their personal life public, and cyclist Julian Alaphilippe is one of them. The Frenchman has shared less to no information about his love life, not even his relationship status. Without any confirmation of him being involved in any type of romantic relationship yet, he is believed to be single.

Active on Instagram with 524k followers, almost all posts on the account are from his profession and some with his friends and family.

Julian Alaphilippe was born to parents: Catherine Alaphillippe and Jo Alaphilippe, a drummer. Growing up in Allier, central France, Julian was always overflowing with energy, but his parents were confident he would follow in his father’s footsteps.

As the young boy, Julian often called at home, performed alongside his brother and parents on the streets of Montluçon during France’s national day of music. Even his parents enrolled him in a music school, but ultimately, he would trade in a career defined by the speed of his hands for one powered by the strength of his feet. 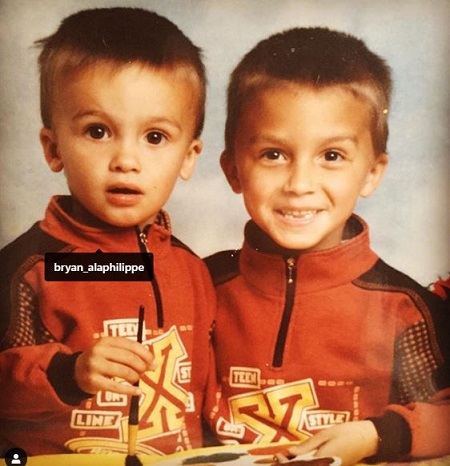 Although cycling may not have been on his parents' minds as a career option for their son, the activity was an integral part of Alaphilippe’s relationship with his younger brother Bryan.