Bauke Mollema is a Dutch professional cyclist who finished in the top 10 in all three Grand Tours, with stage wins in the 2021 Tour de France, 2017 Tour de France, and 2011 Vuelta an Espana. He is currently riding for UCI WorldTeam Trek–Segafredo.

Turned professional in 2008, Bauke has a handful of trophies from his cycling career.  Though the exact figure of his overall career earning is yet to publish in media, it is assumed to be no less than the six-digit figure. 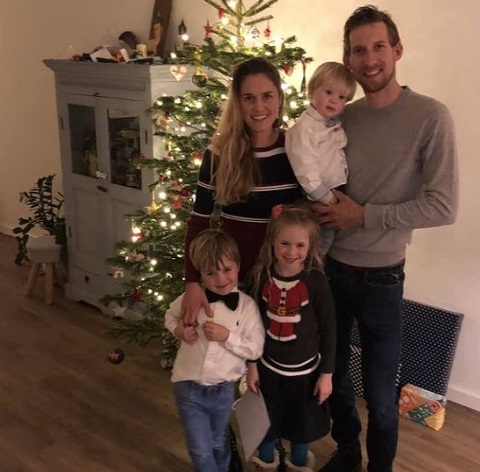 Though Bauke Mollema's wife is not often in the spotlight, the family of four sometimes appears on his Instagram. Bauke Mollema In 2015, he tweeted, "Best moment of the day was my daughter at the finish. My wife was happy too with the flowers I won."

Unlike other wags, Jane Douma prefers a low-key personal life. There is less to no information about her on media.

As an amateur, Mollema won the prestigious stage race for upcoming talents Tour de l'Avenir and the Circuito Montanes in 2007.

Turned pro in 2008, Bauke Mollema joined Rabobank team. He first came to notice after securing 6th position in the final classification of 2008 Vuelta a Castilla y Leon. In the Tour de Romandie, he made his professional debut but did not finish the race due to a fall, which resulted in a fractured collarbone.

Mollema made his Grand Tour debut in the Giro d'Italia. The following season, he showed good form coming 9th  overall in Paris–Nice and tenth overall in the Volta a Catalunya. In 2011, he reached points classification of Vuetta a Espana and later two years had an individual stage.

At the end of the 2014 season, Mollema left Belkin Pro Cycling to join Trek Factory Racing. In September 2015, Mollema won the Tour of Alberta stage race in Canada.

In 2017, he won the individual stage at Tour de France.

Near the end of the 2019 season, he won the first Monument of his career taking the victory in the Giro di Lombardia.

The following season, he had his best in the 2020 II Lombardia, coming 4th.
In 2021 France de Tour, he won another individual stage.