Jasper Philipsen is a rising Belgian professional cyclist. He has been racing in professional events for more than three years. Jasper has already won five events in the ongoing season of 2021, winning Eschborn-Frankfurt, Scheldeprijs, Paris-Chauny, and two more. Philipsen rides for UCI ProTeam Alpecin-Fenix.

Jasper Philipsen was born on March 2, 1998, in Mol, Flanders, Belgium. He is among the two children born to his parents. Jasper is very much private about his parents and siblings. Talking about his physical appearance, Philipsen stands five feet and ten inches tall and weighs 69 kg. 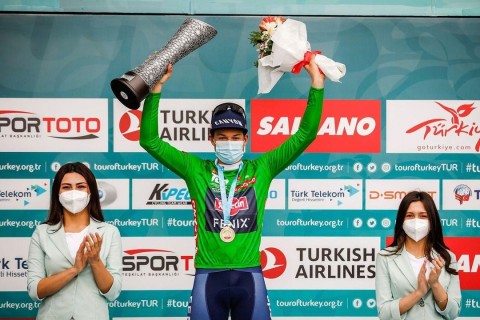 Jasper turned professional in 2018 and won his first podium list at the Overall Le Triptyque des Monts et Chateaux. Until the end of the season, He participated in almost a dozen games and finished down on the list. In 2019, Philipsen won Stage 5 TOur Down Under and second at the Grand Prix de Fourmies and Heistse Pijl. The 2020 season gave his breakthrough winning at the Vuelta an Espana Grand Tour. He won at three individual stages.

In 2021, Philipsen has finished on the podium list in every event, and He has appeared. Jasper has already won the gold medal at the Eschborn-Frankfurt, Scheldeprijs, and three more. In Tour de France, The cyclist finished at 109th position.

Who is Jasper Philipsen Dating? Know About His Girlfriend and Relationship Status

Jasper is an active social media user but rarely shares posts related to his love life. Philipsen is dating his longtime girlfriend, Melanie Peetermans. The love birds have been together for some time. They have not shared a word about their first meeting instance. 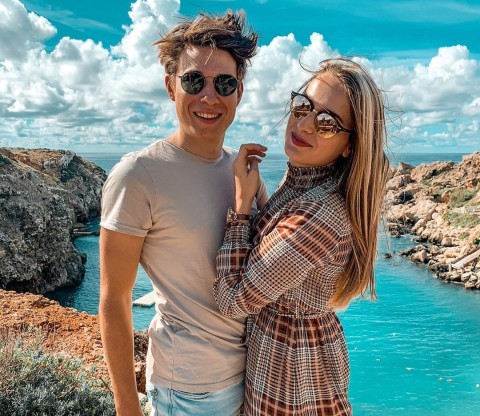 Jasper Philipsen has an estimated net worth of more than $100,000. It's been three years since he turned professional and has won numerous events. Philipsen is very early in his career and will add much more to his net worth in the future. The prize money of the 2021 Grand Prix de Denain was more than $12,000.