Caleb Ewan is a well-known Australian road and tracks bicycle racer. He has been competing in professional events since 2014. Caleb has won more than two dozen races globally but won a handful of major tours, including Tour de France in 2019,2020, Giro d'Italia three times, and Scheldeprijs in 2020.

Caleb Ewan was born on July 11, 1994, in Sydney, Australia. He is the son of Mark Ewan and his wife, Kassandra Ewan. His father is from Australia, and his mother is from Korea and holds dual nationality.  Much about his siblings and parents' occupation is still under the radar. Ewan stands five feet and six inches tall and weighs 67 kg.

Ewan started cycling at the age of eight. His father was also a cyclist and competed in numerous events. Ewan started competitive cycling at the age of ten. In 2010, The cyclist won the Junior National Road Race Title and became the Champion. The following season, Caleb won multiple disciplines at the Junior National Track Championships, and he became World Champion omnium at the Junior Track World Championships. 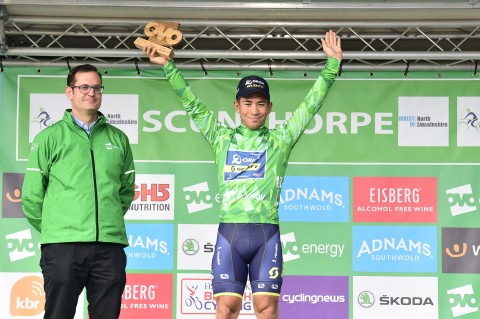 In 2013, Caleb joined Jayco-AIS World Tour Academy and started his formal classes. He finished the season winning at the general classification of the Mitchelton Wines Bay Cycling Classic,  the La Côte Picarde installment of the UCI Nations Cup U23, the 2013 UCI Road World Championships, and a few more events. Ewan signed a pre-contract with the Orica-GreenEDGE and joined the World Tour team as a stagiaire in August 2014.

In 2014, Ewan competed in the Commonwealth Games, representing Australia. His first professional wins came in the second and third stages of the 2015 Herald Sun Tour.  In the next two years, He participated in numerous events globally and won many events. In 2019, Caleb participated in the Tour de France and finished first in the 11th, 16th, and 21st stages but was out after sustaining a heavy injury. In 2020, The cyclist appeared in just a handful of events and won a few of them. In 2021, Ewan finished 1st in stages 3&4 of the Tour of Belgium and won Stage 7 at UAE Tour.

Father of a Two children

Yes, You read that right. Caleb is the proud father of two children. Ewan is married to his longtime girlfriend, Ryann Delaney. The duo walked down their wedding aisle in September 2018 in Venice. They had a destination and private wedding ceremony in front of their parents and some close friends. They had been dating for some time before their marriage. 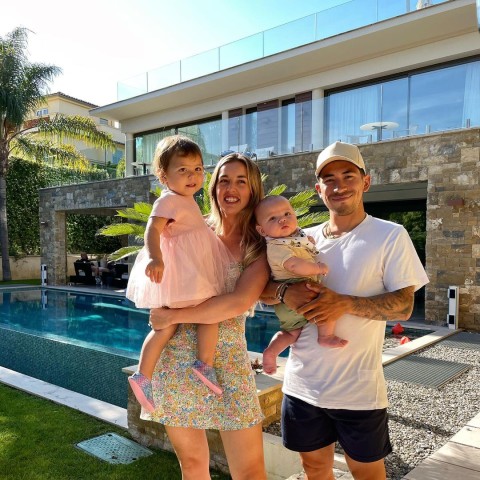 Caleb shares a photo of his wife and their children SOURCE: [email protected]

Caleb and Ryann welcomed their first child, A daughter, Lily early 2019. Last year, The family of three extended to four with the birth of a son, Avery. Both of them are very supportive of each other and spend their free time with family.

Caleb Ewan has an estimated net worth of more than $200,000. He credits most of his net worth to his successful career in cycling. Ewan must be making a handsome amount from his sponsors and advertising deals. Millicent Tanner and Jasper Philipsen are two other professional cyclists with similar net worth.