Leah Van Dale with the ring name Carmell is an American professional wrestler, dancer, and model. She has recently signed to WWE, where she performs on the SmackDown. Trained by Sara Amato and the winner of Money in the Bank ladder match Carmella is the first woman in WWE to successfully cash-in her Money in the Bank opportunity.

A resident of Tampa, Florida Carmella was born in Spencer, Massachusetts on October 23, 1987, where she finished her education from the University of Massachusetts. The 5.5 inches tall Carmell is the daughter of former WWF wrestler Paul Van Dale. Carmella belongs from the wrestler family where her father Paul Van Dale was an actor and WWF Superstar between 1986 to 1993.

Carmella is the famous figure of the wrestling world and she has earned a good amount of wealth and fame in her career. She as an estimated net worth of around $1 million currently. 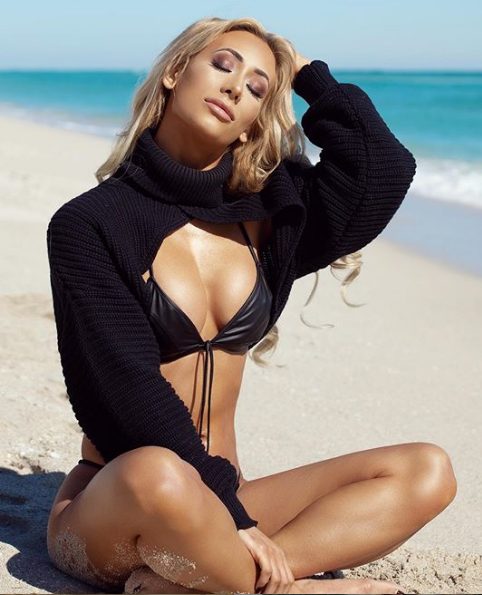 She recently signed a contract with WWE and will be paid the annual salary of $120,000 in 2019 while Ronda Rousey is the highest-paid female WWE fighter with a $1.5 million yearly salary. Similarly, wrestlers like Charlotte Flair, Nikki Bella, and Brie Bella, are paid between $400,000 to $600,000 annually.

Carmella promotes several gym and beauty products and might be making some money from her endorsement deals.

The 34 years old Westler was rumored to be in a relationship with a famous wrestler as well as the former Tag Team Champion Corey Graves. The couple made a sensation on the internet through the frequent post of their pictures on social networking sites. 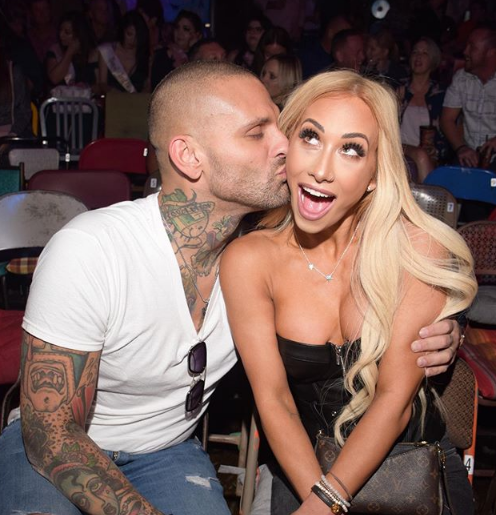 The couple seems to know each other for a bit long time because both of them are having a career in the same industry and they started to get close in 2019. However, both of them have not committed their affair publically neither of them has openly spoken about their relationship in front of the media.

Carmella's secretive affair was explored by her boyfriend's wife Amy when she leaked texts on social sites so that she could prove that her husband is having an affair with Carmella.

The WWE star denied the rumors in a WWE show and  said:

"Let me just say that I would never wreck someone’s home. That is not the life I’m about. Never in a million years would I do that. I don’t care how hot the guy or how in love I think I am, that absolutely did not happen. I did not wreck a home!"

Who is Corey Braves?

His birth name is Matthew Polinsky but under the ring, he is famously known as Corey Braves. He is an American wrestling color commentator, columnist, podcaster and retired professional wrestler. Corey is a former NXT Tag Team Champion who currently, signed to WWE as a commentator and analyst for Friday Night SmackDown. 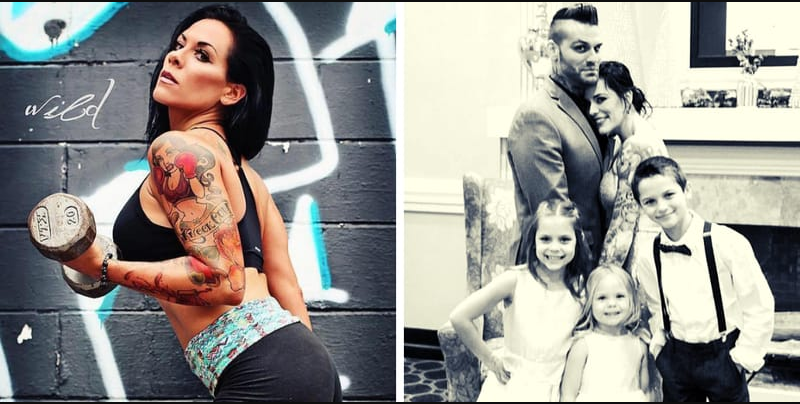 Carmella's Boyfriend with his Wife Amy and their children SOURCE: Instagram @carmella

Carmella's rumored boyfriend Corey is married to Amy Plinsky and they are the parents of three children.

Carmell's used to date William Morrissey a wrestler who performs on the independent circuit under the ring name CaZXL and he is best known for his tenure with WWE, where he was popular as Big Cass. 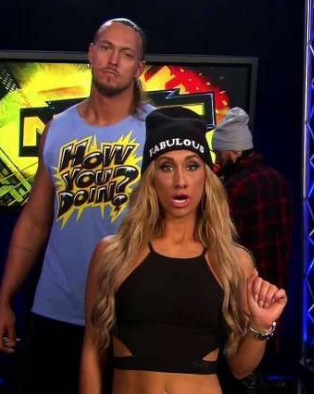 Carmelle and Cass dated each other for a long time and know each other since when they pursued their career in a wrestling ring. Carmella was in a deep relationship with Cass but the couple separated in 2018.

Besides, she was also linked up with John Cena.

Carmella belongs from the wrestler family where her father Paul Van Dale was an actor and WWF Superstar between 1986 to 1993. 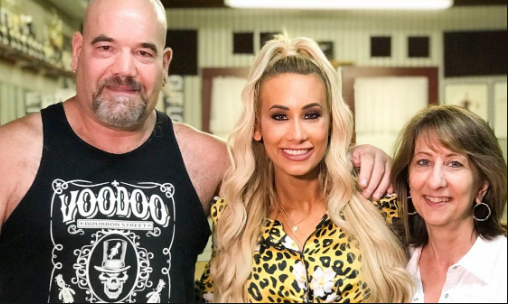 Carmella With Her Father and Mom SOURCE: Instagram @carmella

She grew up with her only sister Breanna Van Dale who lives in Florida currently and she is the biggest supporter of her sister.