Ashley Elizabeth Fliehr is a professional wrestler signed to WWE under the SmackDown brand. On the other hand, she is also known as the daughter of the famous WWE Hall Of Famer Ric Flair, WWE's living legend.

Famous in the WWE universe as Charlotte Flair, she is the second generation professional wrestler who became the NXT Women's Champion in 2014. The WWE Diva Charlotte Flair currently receives an annual salary of $230 thousand, while her net worth is $1.5 million.

Flair's net worth is estimated to be around $2 million, including all of her properties and earnings, as of 2022. According to WWE, Flair has the highest PPV byes record after Ronda Rousey. Further, she is also known as the Queen of Pay Per Views in WWE.

Before that, Charlotte Flair received an annual salary of $230 thousand as of 2019. Her other sources of income are her acting and writing career. Well, her lifestyle is also quite impressive, and you will get a taste if you look at her social accounts. 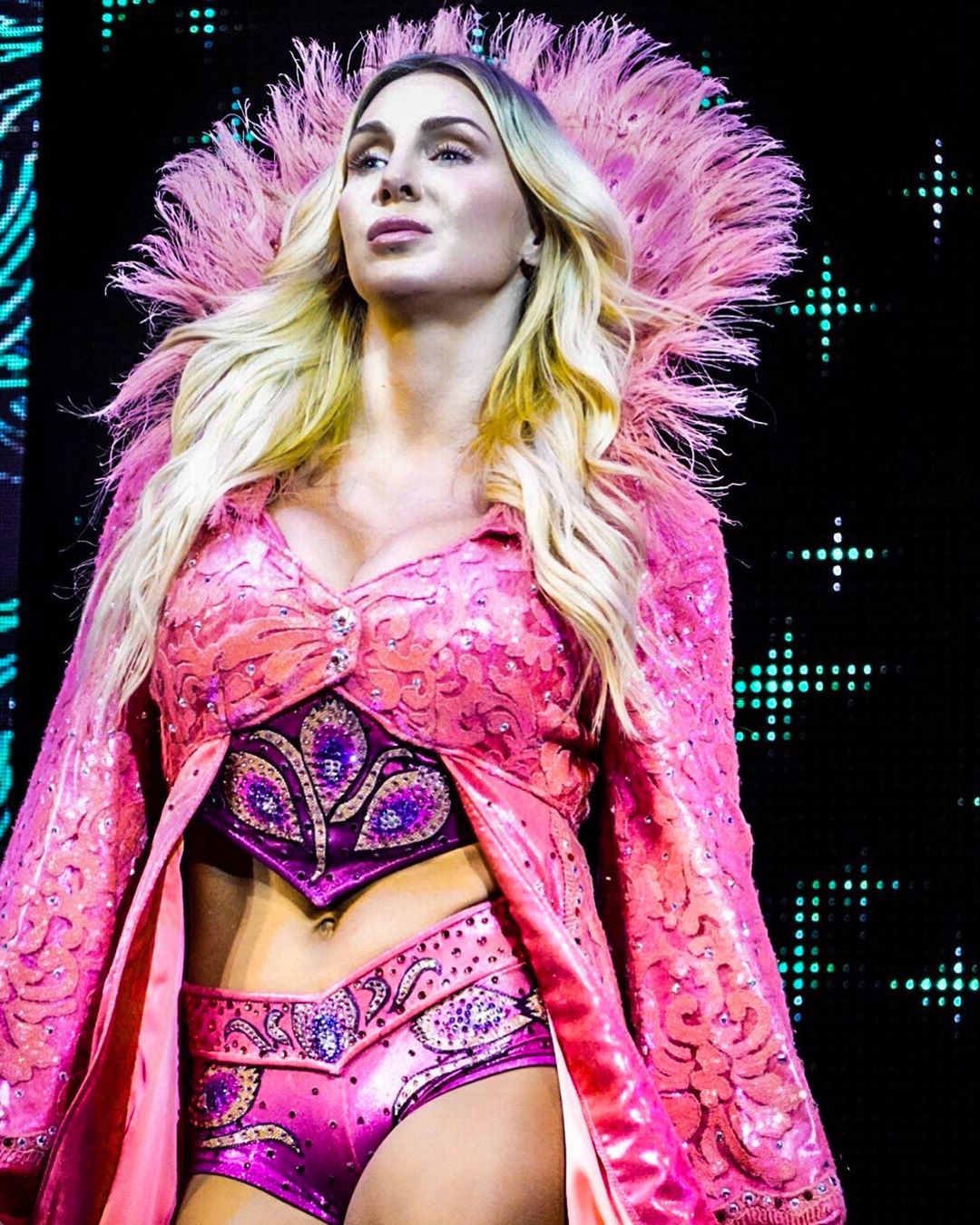 Her father, Ric Flair, has a net worth of over $5 million.

WWE is once again brought up as a male-dominated sport and is infamous for not paying female athletes the way they spend their male stars. Currently, former MMA superstar Ronda Rousey earns $1.5 million per year, whereas Charlotte Flairearns around $550,000 as her yearly salary.

Charlotte Flair is one of the sexiest WWE Divas in WWE, and she is also listed among the top ten highest-paid Divas in the WWE universe. Further, she reportedly received over $300 thousand in Royalty for her book Second Nature: The Legacy of Ric Flair and the Rise of Charlotte.

Charlotte Flair, 33, has married twice, which ended in divorce. After two tragic separations, she has now found the new love of her life. Let's know in detail about her love life. 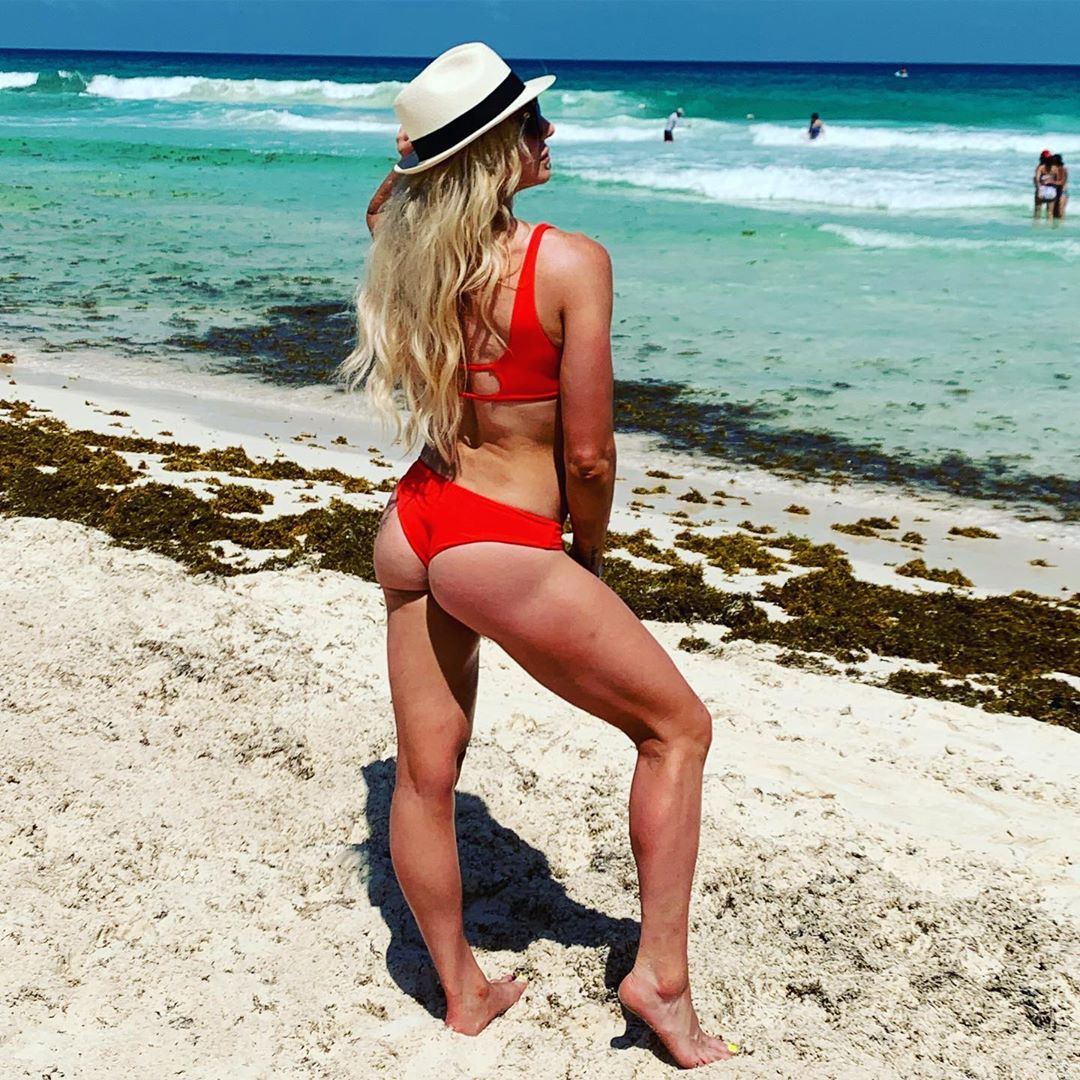 Charlotte Flair appears to have no more extended single after she was spotted cozying up with another SmackDown Live star, Andrade. Well, her Instagram is full of posts with her current partner Andrade. In January 2020, They got engaged in a private engagement ceremony. 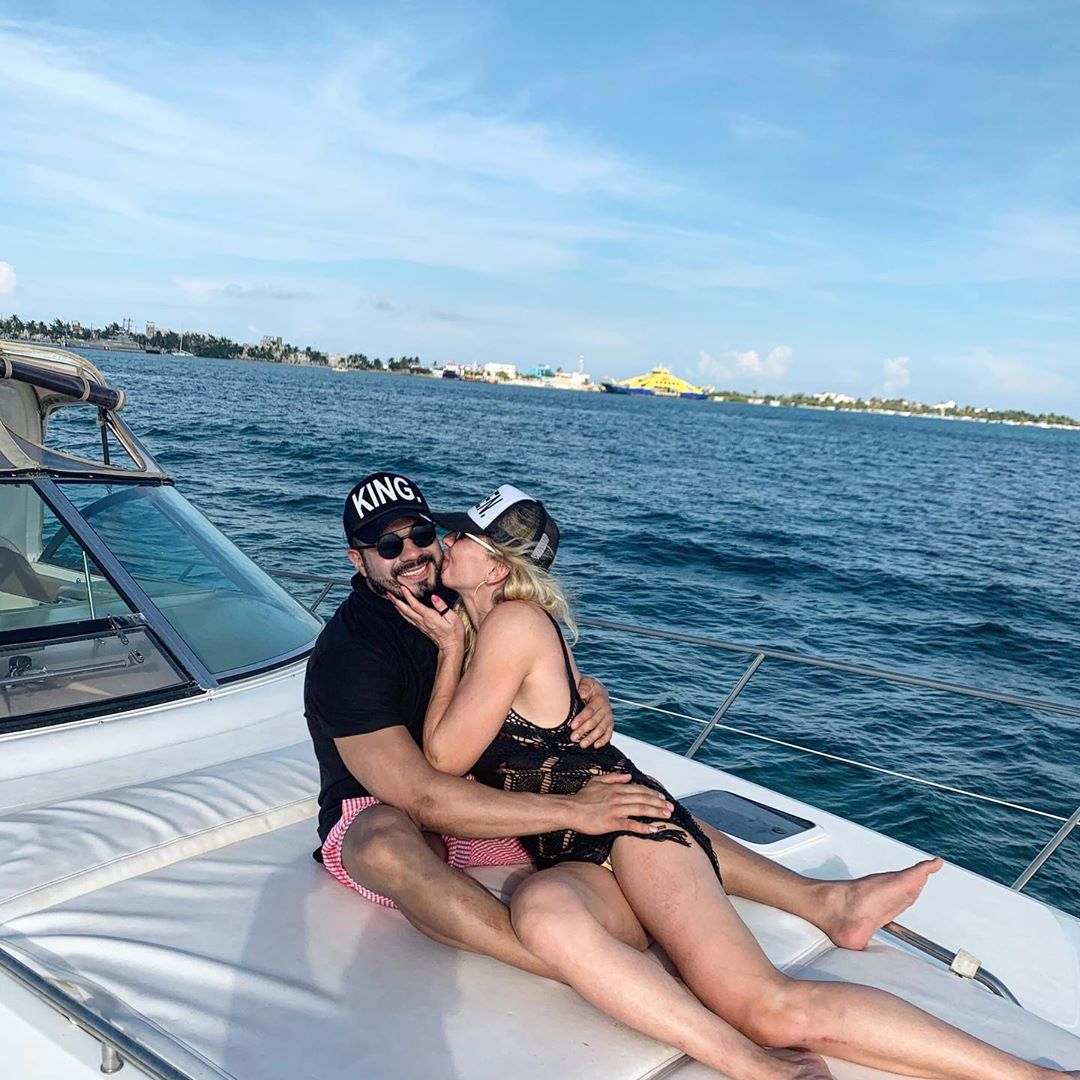 Charlotte with her boyfriend, Andrade, on August 31. SOURCE: Instagram

In addition to this, she started dating Andrade just a year ago, as some of the sources mentioned. Their relationship seems to last long as they are freely enjoying their love life. She also appeared as a cover girl for January 2016's issue of Muscle & Fitness.

Charlotte Flair married her boyfriend, Riki Johnson, in 2010. However, the relationship was short-lived, and the couple separated after three years of their married relationship. The high-profile divorce was one of the most scandalous divorces of 2013.

Both Riki and Charlotte pointed towards physical and emotional violence over each other, and reportedly Riki filed another case against Flair asking for compensation over her public allegations on Riki's sterility and false drug allegations. 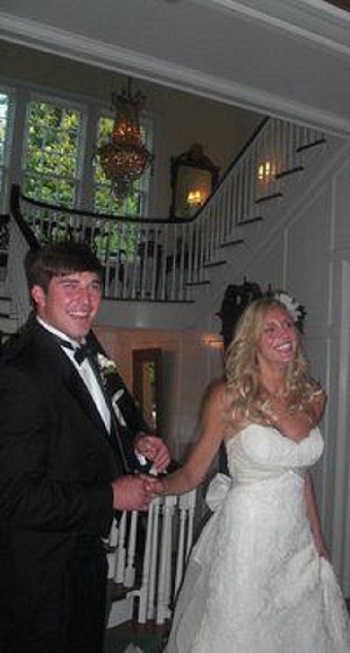 Flair, in her autobiography "Second Nature: The Legacy of Ric Flair and the Rise of Charlotte," has mentioned that she had a very troubled married life and her abusive husband, who also happened to be sterile (as per allegations), used to abuse her physically and emotionally.

After her divorce from Riki, Charlotte then got married to her boyfriend, Thomas Raymond Latimer, an actor and a professional wrestler. The couple met while they were a part of NXT and tied their knots in 2013. Latimer currently is a TNA wrestler with a ring name Bram. The couple further divorced on October 29, 2015.

Charlotte Flair was arrested on September 5, 2008, in Chapel Hill, North Carolina, for insulting a police officer, and after hearings, she was even jailed for 45 days.

WWE star Charlotte Flair on WWE's Europe tour, accidentally got her tooth knocked out by her contender Carmella on the first night of WWE's European Tour in Germany.

Flair immediately flew back to North Carolina to undergo surgery on May 14, 2018. As she was forced to undergo dental surgery after having her teeth knocked out at a live event, talking to a reporter following the accident, she said:

Her Bra size is 34C, and her Cup size is C. Further, Nature Girl's Shoe Size is adult size 9 in the US.

The sexy WWE diva Flair made her appearances in the January 2016's issue of Muscle & Fitness.

Charlotte Flair was born Ashley Elizabeth Fliehr on April 5, 1986, in Charlotte, North Carolina, the United States. Her nationality is American, and she is the daughter of Ric Flair and Elizabeth Flair. 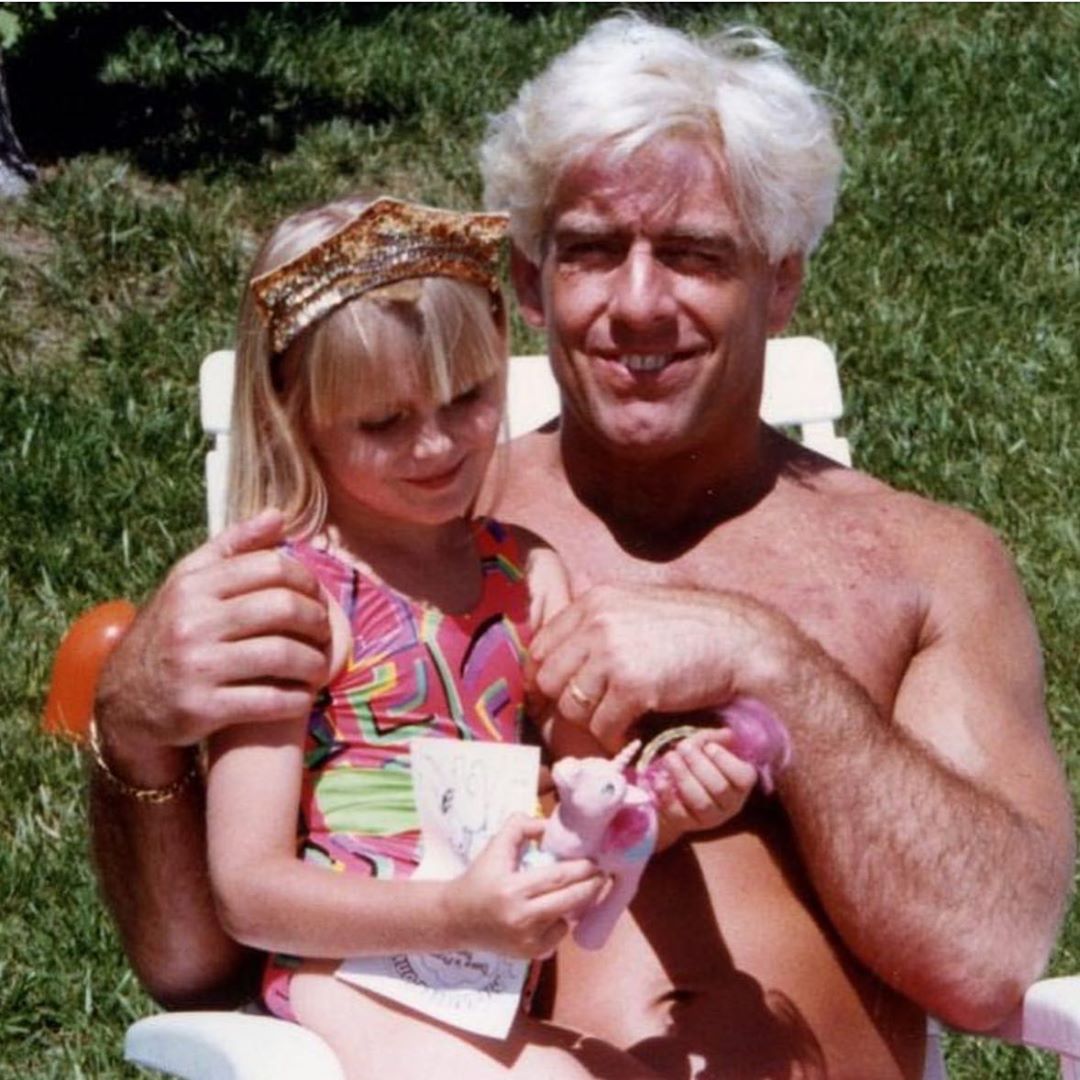 Further, she is of white Ethnicity, and her astrological sign is Aries. She isn't the only child of her parents and has an older half-sister and an older half-brother named Megan and David. Her younger brother Reid died in March 2013.

Like her father, Ric Flair, Charlotte Flair made her first appearances at World Championship Wrestling (WCW) at the age of 13. On May 17, 2012, she agreed to a developmental contract with WWE and was assigned to NXT, their developmental territory

She got the ring name Charlotte, and in her first televised singles match, she defeated Bayley on the episode of NXT. She defeated Alexa Bliss in the tournament's semifinals for the vacant NXT Women's Championship.

In 2014, she became the NXT Women's Championship and was named "Rookie of the Year" by Pro Wrestling Illustrated. Charlotte formed a tag team with Bayley, and the two defeated Aksana and Alicia Fox on the September 4 episode of NXT.

The year 2016 was outstanding for her. She was crowned as the inaugural WWE Women's Champion. Moreover, she was also named the World's top female professional wrestler. On April 11, 2017, she was shifted to SmackDown. Her match against Sasha Banks in October 2016 at Hell in a Cell was the first match featuring women to headline a WWE pay-per-view event.

Flair made her video game debut as a playable character in WWE 2K17.

Following a brief hiatus, she returned on the July 16 episode of SmackDown Live, defeating Liv Morgan.