Henry Cejudo won the vacant UFC Bantamweight Championship against Marlon Moraes on June 8, 2019, at UFC 238 to become the double division champion. Later in December, he vacated the Flyweight title to focus on the Bantamweight division but it now seems like he wants the "champ-champ" title again- not with the flyweight title but by claiming the featherweight title.

The Olympic gold medalist recently sent a warning to featherweight champ Alexander Volkanovski and revealed that he is targeting for the next title.

“Showing my girl the next belt I’m going to snatch! @alexvolkanovski I’m coming for your belt you overgrown midget! Quadruple C in the making! #bendtheknee #beltcollector #golddigger”

Cejudo captioned in a photo with his girlfriend where he can be seen pointing his finger at something. 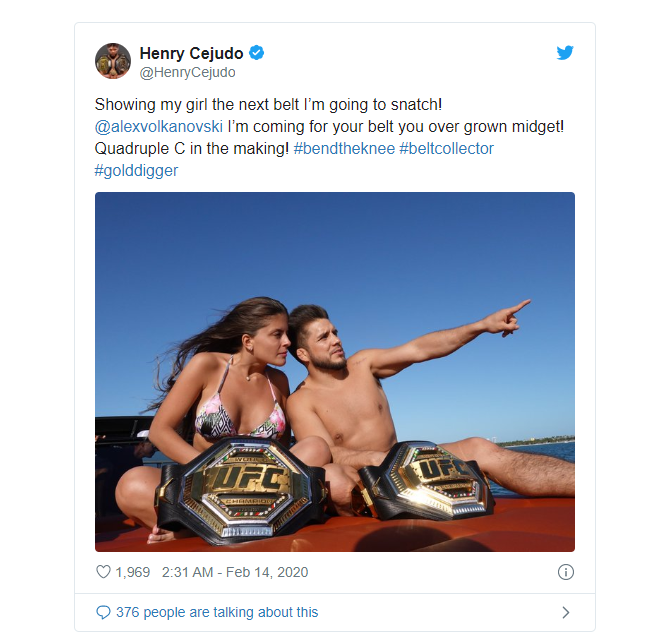 Volkanovski hasn't fought anyone since defeating Max Holloway to claim the 145-pound title. The UFC President earlier made some hints about his desire to hold a rematch between Alex and Max.