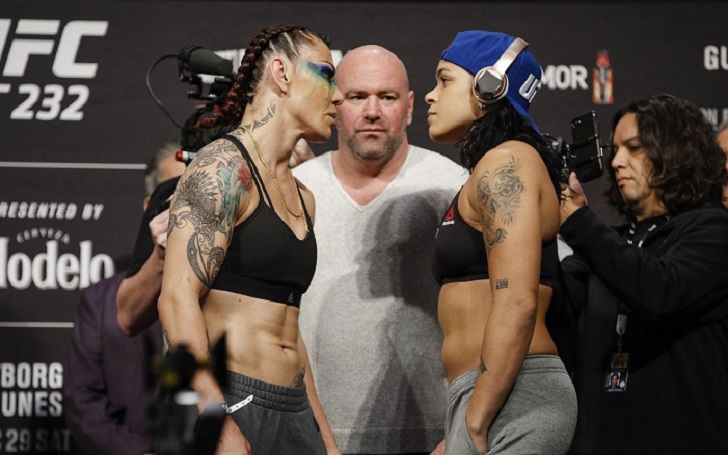 Cris Cyborg met Dana White a moments after she a win over Felicia Spencer at UFC 240 where she asked the UFC president about the comments made by him. Some days back, White told media that Cyborg wasn't accepting the rematch against Amanda Nunes which the former Featherweight champion said were false.

Cyborg and Dana were spotted shaking hands and making verbal exchanges in a video blog released by Cyborg.

“You know I text you for the rematch. You know this. Stop lying about it. What you are saying that I don’t want to fight. You know that I want to fight and I’m not scared.”, Cyborg is heard saying.

“Listen, whenever you hearing me saying stuff, I’m not saying….the truth,” is what is written in the subtitles but is not so subtle although listening back to it, there doesn’t appear to be any suggestion that White actually said anything about, “the truth.”

Is Daniel Cormier Still Up For A Super Fight With Brock Lesnar, After Miocic Fight? 4 days by James

UFC on ESPN 14 Till Vs Whittaker Closes The Yes Island, Card, Predictions And Odds For The Last Fight Island Show 1 week by James