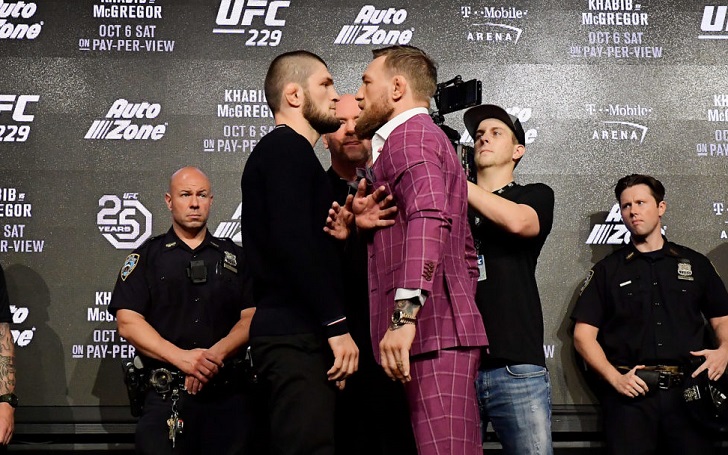 Looking at the craze of the people on the pre-events of the UFC 229, UFC president Dana White believes that the show will absolutely destroy all the previous UFC records. Dana predicted that UFC could make 2.6-3 million PPV buys.

Things seem to possibly turn out to be real as the UFC 229 related programs like UFC Embedded have blown away the previous records of the number of web traffics beyond even Mayweather vs. McGregor for pre-fight fan engagement.

“Well, let me put it to you this way: We’re trending between 2.6 and 3 million, right? But, everything is trending, killing Mayweather/McGregor – the numbers."

White said in an interview with TMZ Sports.

The UFC president also revealed that the UFC Embedded video drew 1.7 million views in 24 hours while the first episode with Mayweather & McGregor was able to collect only 800,000 audience which is even less than the half.

“But, everything is trending, killing Mayweather/McGregor – the numbers. I’ll give you an example, one small example: UFC Embedded, the first episode with Mayweather & McGregor, did 800,000 views in 24 hours. This one did 1.7 million in 24 hours. It’s just, all numbers like that are just double what we did on May/Mac. What does that mean for PPV? I don’t know, we’re going to find out."

Dana also warned people to order the PPV buys early so that they don't have to face with the system crashing problems to more customers.

He was not quite interested to tell about the possible income of McGregor through the fight instead prophesied that ‘Proper 12’ whiskey brand could possibly make him the billionaire. He also mentioned Irishman as one of the biggest PPV draws of all time and predicted that the Notorious might make huge money ‘til the end of his career.

Earlier at the pre-fight conference, McGregor gladly told that he could make around $50 million earnings if the event hit 3.5 million pay-per-view buys.