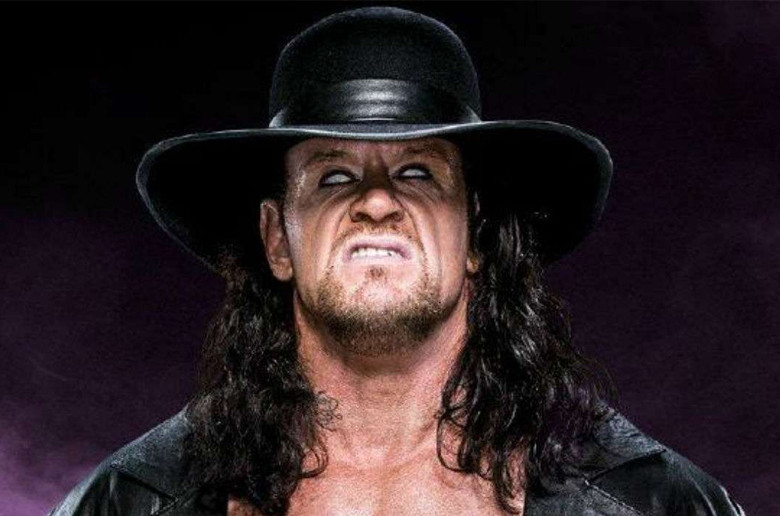 The Undertaker has held 17 championships and he has the most WWE PPV victories with 101 victories. Let's take a look at his wiki to find information regarding his early life, career, net worth, personal life and more.

As of 2018, the Undertaker has a magnificent net worth of $18 million, which is $8 million less than the fellow wrestler “The Game” Triple H. He is currently receiving an annual salary of $2.5 million from WWE in 2018. He is one of the senior and prominent wrestlers of WWE. The Undertaker is listed 8th in the list for richest wrestlers of all time.

He has made collections of several cars which include: Mercedes SUV ($69,900), Mustang, Jeep Wrangler, & Harley Davidson.

The Undertaker has a house in Austin, Texas. The house consists of a large driveway, massive swimming pool and host of other amenities. He once rented the house to Brad Pitt and Angelina Jolie.

So far, Mark Calaway and his current spouse Michelle are living a trouble-free life far from any dispute or divorce rumors. His spouse, Michelle is also an American retired professional wrestler. Additionally, during her time in the wrestling world, she was two-time WWE Divas Champion and a two-time WWE Women's Champion. 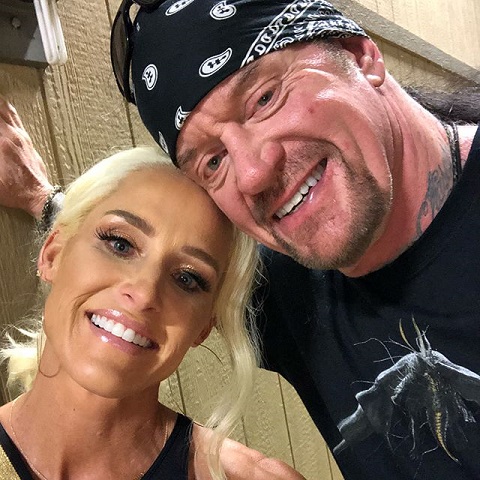 It's obvious that everyone has an interest in the Undertaker's personal life and life behind the cameras. In 1989, Calaway married his first wife Jodi Lynn. The couple welcomed their son Gunner Vincent after four years of their marriage in 1993. However,  after 10 years of their marriage, The undertaker divorced his former spouse Lynn.

Every guy bestfriend is their daughter. pic.twitter.com/Qj1tvOBOMt

After his separation with his first spouse Jodi Lynn, The Undertaker married Sara Frank as his second lawfully wedded wife in 2000. The couple gave birth to two children: both daughters, Chasey and Gracie. However, his second marriage also saw its end after seven years of togetherness.

Calaway is currently at the age of 53 however, his fans say that he looks pretty young for a 53 years old man. He has a perfect height of 6 feet and 11 inches and weighs 135.6 kg.

The Undertaker was born as Mark William Calaway on March 24, 1965, in Houston, Texas, the United States. Talking about his nationality, he is an American. His birth sign is Aries.

Calaway was born to American Parents, Frank Compton Calaway, and Betty Catherine Truby and he has four older brothers. He attended Waltrip High School and further joined the Angelina College. Calaway graduated from Texas Wesleyan University in Fort Worth, Texas, where he majored in sport management

The Undertaker is regarded as one of the best prospects in the game of wrestling. He began his career in the year 1984 fighting for World Class Championship Wrestling. Calaway lost his debut fight to Bruiser Brody. He later joined World Championship Wrestler and adopted the ring name "Mean Mark" Callous. The Undertaker at WWE RAW
SOURCE: The Indian Express

Since 1990, Calaway has been was associated with World Wrestling Federation/ Entertainment/WWE. It provided him with a perfect platform for his career as Calaway was rebranded as the supernatural and macabre entity, Undertaker. The Undertaker became one of the most prominent figures of the Attitude Era.

Calaway is a four-time WWE Champion, a three-time World Heavyweight Champion, and a six-time WWF World Tag Team Champion.  He has also worked as an actor on several movies and T.V shows like Suburban Commando. The Undertaker was a participant in the 1991 Royal Rumble match which was won by Hulk Hogan.  He had great rivalry issues with the Beast and Brock Lesner.

The Undertaker lost to Roman Reigns at WrestleMania 33 on April 2, 2017, after having defeated The Miz, Baron Corbin, and Sami Zayn. Recently, he defeated John Cena in Wrestlemania 34. It was announced on June 16, 2018, that the Undertaker would face Triple H at Super Showdown on October.