Facts of The Miz

Michael Gregory Mizanin famous by the ring name The Miz is an American professional wrestler, reality television star, and actor. He is currently signed to WWE and performs under the Raw Brand. Previously, he played under several wrestling promotions and is also a one time WWE Champion. In addition to wrestling, he has featured in several movies and Television shows.

The WWE wrestler has an estimated net worth of $9 million as of 2019. Furthermore, The Miz is living a blissful life with wife and daughter.

The Miz currently has the net worth of around $9 million. His annual salary from WWE is $2.5 million and receives 5% Merchandise sales, travel, and accommodation, PPV share. Moreover, he was paid the yearly salary of $1.2 million in 2017 with Merchandise, Travel and Accommodation fee besides.

Besides WWE, The Miz has actively appeared in several movies and is believed to have made good earnings from the film.

The WWE star with his wife recently bought a house in January 2018. The announced the news via Twitter post sharing the images of the key of their new home. They named their castlelike home as Castle MarMiz.

He previously owned a house in Hollywood Hills West which he kept on the market for sale for $3.65 million. He bought the house for $1.865 million five years before. He owns several cars including Jeep Wrangler  $28,045 - $41,545 and Audi R8 with vertical-lifting Lambo doors which costs around $170,000.

Miz recently bought a mansion located in Thousand Oaks, California, for $6.4 million in August 2019. The house was built in 2001 and covers  10,400 square feet of living space and is well equipped.

Miz is 6 feet and 2 inches tall and weighs over 100 kg. He is a very well-known wrestler worldwide, and he has a lot of fans.

Miz is a married person as he tied the knot with his longtime girlfriend and former WWE wrestler Maryse Ouellet on February 20, 2014.

The wedding ceremony was held in the One and Only Ocean Club in the Bahamas. Ninety guests, including several WWE superstars, attended the ceremony. The party was held at the Atlantis resort. 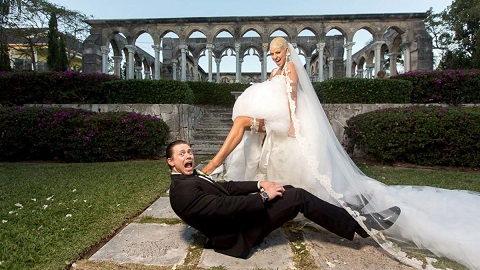 The Miz and Maryse met while working for WWE during The 2006 Diva Search. And their relationship has therefore been inexorably linked with their careers from the start. The couple dated for several years before getting married. Furthermore, Maryse belongs to French-Canadian descent.

On March 27, 2018, the couple welcomed their first child, a daughter named Monroe Sky Mizanin. Maryse revealed the birth of her child through the Instagram post and captioned:

On February 17, 2019, the couple announced they are expecting their second child, due in September. They shared this news via Instagram post. 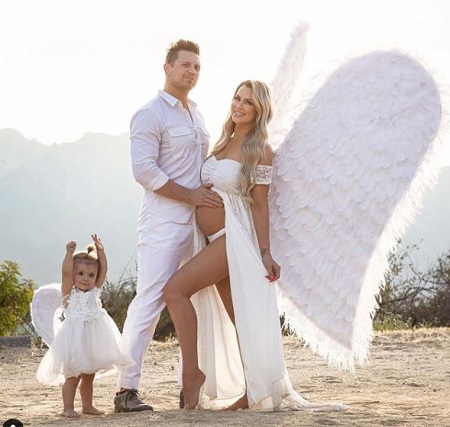 The couple is currently living a happy married life in Austin, Texas, the U.S. They have not faced any controversy and are not into any rumors of the separation and extra-marital affairs.

Born as Maryse Mizanin on January 21, 1983, she is a Canadian-American professional wrestler, professional wrestling manager, actress, businesswoman, reality star and glamour model. She is currently signed to WWE under the ring name Maryse in Raw brand as the manager of her real-life partner The Miz.

The Miz was born on October 8, 1980, in Parma, Ohio, U.S. He is an American by his nationality and belongs to white ethnicity. Born to George Mizanin and Barbara Pappas, his parents divorced when he was just 11 years old and started living with his mother and step-father Donnie.

This weeks #TBT is dedicated to the dreamers. This 22 year old fresh off the bus kid had big dreams that everyone said were too big. 16 years later - I’m a WWE Superstar, an A list actor, have a hit TV show, a smoking hot wife @marysemizanin, a beautiful daughter, I’ve hosted the same show I once was in and I have a killer dad bod. Never stop dreaming. I haven’t.

Mike was raised in Parma, Ohio, where he attended Normandy High School and was the captain of its basketball and cross country teams. He also participated in swimming and was a member of the student government and the editor of his high school yearbook.

Upon graduation, he enrolled at the Miami University, where he was a member of the Theta Chi fraternity, and studied business at the Richard T. Farmer School of Business, before he was cast as a member of “The Real World” (2001).

The Miz joined the Ultimate Pro Wrestling to pursue his wrestling career in 2003. The following year, he competed in the Tough Enough where the winner would get the WWE contract. Despite being second in the reality series, he received a developmental contract from WWE.

The Miz made his debut in Smackdown in 2006 and was moved to ECW. He teamed up with Jim Morrison and went on to win the WWE Tag Team Championship defeating Matt Hardy and Montel Vontavious Porter.

He also won the United States Championship defeating Kofi Kingston in 2009. He won the WWE Championship for the first time in 2010 with the help of Money in the Bank contract following a successful WWE Championship defense by Randy Orton against Wade Barrett. He later lost the belt to John Cena in a triple threat match which also included Jim Morrison.

On 16th October 2018, Miz defeated Rusev to qualify for the WWE World Cup tournament at Crown Jewel event, at the 1000th episode of SmackDown. At the event, he defeated Jeff Hardy and Rey Mysterio to advance to the finals against Dolph Ziggler, but he suffered from a knee injury before the fight, rendering him unable to compete. Later, Shane McMahon, the SmackDown Commissioner replaced him and defeated Ziggler, winning the World Cup.

Miz was drafted back to Raw during the 2019 WWE Superstar Shake-up. According to the source, WWE needed to move Miz over to the flagship show due to the ratings of the latest season of Miz and Mrs haven't been up to scratch. 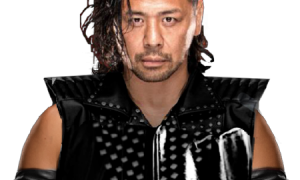