Stipe Miocic is an American professional mixed martial artist, currently signed to Ultimate Fighting Championship (UFC). The 35-year-old UFC fighter of the Croatian descent holds the record for most consecutive title defenses in the history of the UFC heavyweight division. In his 8 years of a successful career, Stipe Miocic has played 20 matches and experienced only 2 losses and, currently is reported to be enjoying a net worth over $2 million.

It seems his fighting career is the main source of his income. Curious about the detail of Stipe Miocic's career earnings? Scroll down as we provide information of his incomes, endorsements and net worth.

Stipe Miocics' earnings since his debut until 2012

Stipe Miocic, prior joining the UFC played in the NAAFS, where he won 6 matches consecutively and named himself the NAAFS Heavyweight title eliminator. On June 14, 2011, Stipe signed with UFC and later on October 8 made his professional debut in the UFC, winning against Joey Beltran. 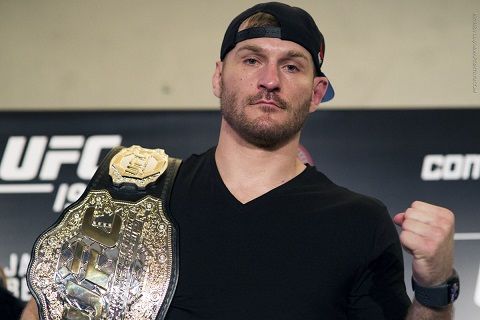 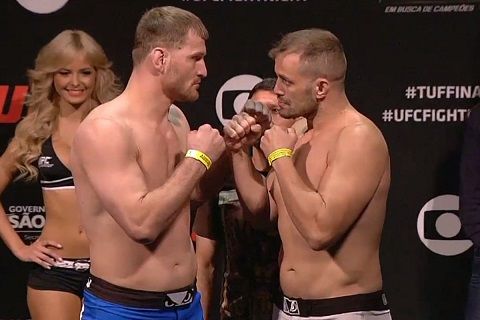 Stipe Miocic's Net worth reached over $1 million in 2016

Stipe Miocic biggest day came up, as he faced Fabricio Werdum on May 14, 2016, in the UFC 198. With a victorious KO punch after 2 minutes 47 seconds of the match, Stipe not only pocketed $210,000, plus Stipe also earned the title of UFC Heavyweight Championship.

The year 2016 proved to be lucky to Stipe Miocic as he married his love Ryan Marie Carney on June 18, 2016, and currently, as of 2018, the couple living in their house in Ohio is expecting a baby girl.

Net worth and Earnings of Stipe Miocic in 2017

Stipe Miocic, later on, January 20, 2018, made his record for most consecutive title defenses in the history of the UFC heavyweight division after winning Francis Ngannou in UFC 220. Stipe earned $640,000 for his win which made his total career earnings of $2,868,000.

Records are made to be broken!

Stipe Micoic's Projected net worth in 2018

Well as Stipe Micoic's net worth as of 2018 is still under review, and also the detail of his endorsements deal is not out yet.

Recently, Stipe is reported to compete against Daniel Cormier on July 7, 2018, at UFC 226. But if Miocic wins the match, his net worth is projected to be increased by 35% which will be around $2.7 million.

Well, he might have the huge net worth in near future calculating his current growth in his assets.

Let's wish him best for the match and keep in touch with us.