Sergio Perez is a professional car racing driver from Mexico who currently races in Formula One. The driver for the Red Bull Racing, an F1 racing team and is one of the top racers in the world. Recently, in 2021, at Formula One, he secured the 4th position for the Red Bulls. Since 2014, he has always been in the top 10 in the F1.

Mexican Formula One racer has represented different teams like McLaren, Racing Point, Sauber and Force India before driving for Red Bull HoRacing Honda. His career highlights were in 2007 when he secured the 1st position in the British Formula 3 Championship - National Class. Also, in 2010, he came first in the GP2 Series for the Barwa Addax Team.

Who is Sergio Perez? Bio and his family

Sergio Perez Mendoza was born on 26 January 1990 in Guadalajara, Mexico and his birth sign is Aquarius. He is Mexican by nationality. His father's name is Antonio Perez Garibay and his mother's name is Mendioza de Perez. 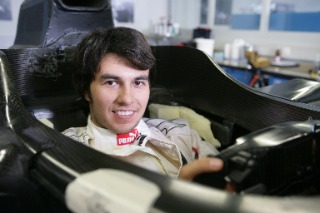 The 2021 Formula 1's 4th ranking was born and raised in Mexico along with his older brother Antonio and sister Paola. In one of his foundations named Checo Perez Foundation, he had made his sister Paolo the president.

Along with competitive driving, he was also interested in studying Law. So Lawyer would have been his profession if he had not made it to driving. Perez also liked to watch football. In fact, he is also a friend of another Mexican player(football), Chicharito, originally named Javier Hernandez.

Sergio Perez Net worth and Earnings; How much does he Earn Annually?

The Red Bulls racer has an estimated net worth of $8 million. His primary source of income is his profession of racing. Besides it, he also earns a hefty amount of money from sponsorship deals with different brands such as Telmex, Telcel, Claro, and Hawkers. 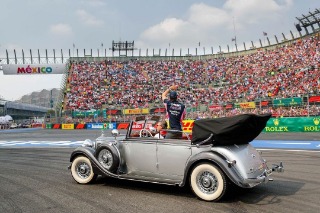 As per the reports from sportrac, he has a salary of $3.4 million with the Bulls which is a lot less than his partner Verstappen from the Netherland. Sergio's partner earns around $19 million per year with the same team.

As per the same list, Mercedes racer Lewis Hamilton is the highest-paid F1 race in the world. The British racer Lewis earns $55 million as a salary from Mercedes-AMG Petronas. He earns more from the partnership deals and sponsors.

Read about:- How Much is Jonathan's Net Worth In 2021? Salary & Contract

Besides a salary from racing, Sergio Perez is also associated with various brands. His first sponsor is TELMEX, which is a Mexican telecommunications company. The company announced its partnership with Sergio in October of 2010.

He has also a partnership with TELCEL, which is also a telecommunication company and has been with him for more than 5 years.

He also has a partnership with Claro.

In 2019, Perez and one of his sponsors Permex went through a legal procedure. That year, they had a deal with Perez but they canceled the deal due to a change in government reason. So, Perez sued them for more than $2 million. Finally, the court decided the MGI to pay $w2 million in dollars, (Mexican 56million) pesos, excluding interests.

Read about:- How much is Shawn Porter's net worth?

Sergio Perez is currently living a happily married life with his wife Carola Martinez. The couple has been married for more than 2 years. They tied their knot in June of 2018. As per sources, they got married in a church. 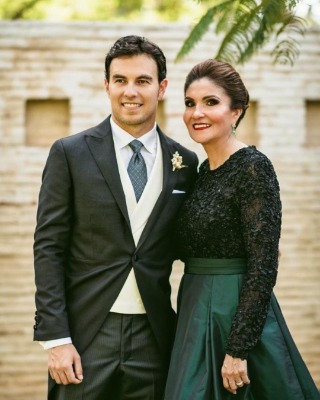 Carola is a socialist from Guadalajara, Mexico. The pair first met in a disco in 2017 and has been dating since then before getting married.

However, the couple has not yet opened publicly about their relationship. However, he frequently shares photos of his wife and children on his social media.

Read about: Alice Campello Tied The Knot In A Floating City Venice

Before, Carola, Perez was married to Andrea Campillo Vivanco. He also dated Greta Farias from 2010 to 2012 and Fernanda Gallegos in 2013.

Read about:- Who Is Rich Paul Dating? Know His Girlfriend

Sergio Perez and his wife Carola Martinez are blessed with 2 children. His first son's name is Sergio Perez Jr. and his younger daughter's name is Carlota Perez Martinez. 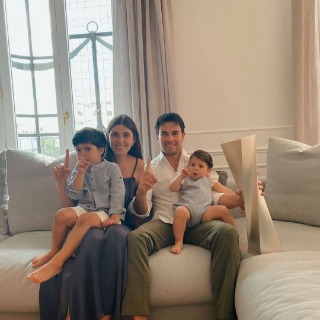 Sergio Perez with his wife and children SOURCE: [email protected]

Sergio Jr. was born on the 21st of December while Carlota was born 2 years later. SergioJr. is also very much interested in Racing as his father frequently shares about his son playing with racing toys on his Instagram.

Read about:- Is Holger Rune dating?

As a kid, he started doing karting at just 6 years of age. He even participated in the Karting Youth Class, where he became fourth in the tournament despite being the youngest one to compete in the junior category. And after 1 year, he won the championship.

It was in 2004 when he completely left Karting to go for driving. At just 14 years of age, he competed in the Skip Barber National Championship finishing in the 11th position. After competing in Formula Three in the 2007-8 season, he raced in the GP2 Series the following season.

Finally, after years of struggle, he made Formula One in 2011 for the first time, becoming the fifth Mexican to compete in F1 racing. In his first racing, Australian Grand Prix, he finished the race in the 7th position. 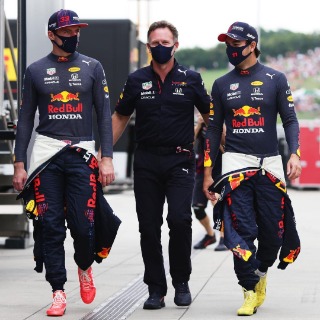 Currently, as of 2021, Verstappen's partner does racing for Red Bull Racing where he replaced Alex Albon and partnered with Max Verstappen.

Checo Perez is very much active in social media. He uses Instagram with the username @schecoperez which has more than 22.9 million followers as of November 2021. His Insta is filled with photos of him, his profession, and his family members.