Adam Fox is a professional ice hockey player based in America who currently plays in the defenseman position for the New York Rangers in the National Hockey League(NHL). In 2016, he was named the best defenseman of the IIHF World U 18 Championships. In 2017, he was named the ECAC Rookie of the Year and also in the NCAA First All-American Team.

Fox went to Harvard University and played collegiate ice hockey despite getting drafted by the Calgary Flames in 2016. He has also represented the US in the 2018 and 2017 World Junior Championships where he won the gold medal in the latter one. In 2019, he also got a chance to play for the senior team in IIHF World Championships.

Adam Fox was born on the 5th of February 17, 1998, in Jericho, New York, US. According to the astrologers, his zodiac sign is Aquarius. He currently resides in his birth town Jericho.

He was born to his father, Bruce Fox, who was a New York Ranger's season ticket holder, and his mother, Tammy Fox. He has an older brother named Andrew Fox who works as an investment banker. 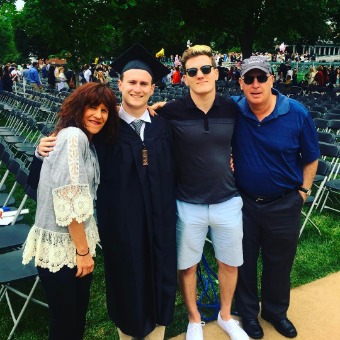 Adam Fox with his parents and brother SOURCE: [email protected]

How tall is Adam Fox?

Fox went to Jericho High School and later transferred to Pioneer High School, where he used to play hockey, lacrosse, and soccer. As a youth, he played for the Long Island Gulls of the Atlantic Youth Hockey League.

Later, for his college, he attended Harvard University, to major in psychology. The 2017 ECAC Rookie of the Year is also a fan of UFC fighter Connor McGregor and Houston Rockets point guard, James Harden.

The 23-year-old Rangers Defenseman Fox has an estimated net worth of $20 million approximately. He is living a lavish lifestyle with his family and girlfriend in New York.

As per reports, In 2019, he signed his first contract with NY Rangers worth $5.3 million. The contract's ending date was on 2021-22 season. But recently, he extended his contract again with the same team.

Read about:- Net Worth, Salary and Earning of Jason Quihley

Who is Adam dating?

While going through the American ice hockey player's Instagram account, we found out that, he is currently in a committed relationship with a girl she called, Hope. However, we can't confirm whether it's her original name or not. Whatever, She is the hope of the Rangers defenseman Adam Fox. 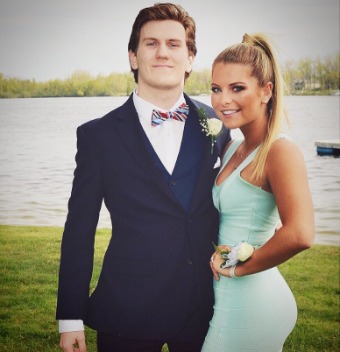 Adam Fox's girlfriend Hope celebrates her birthday on the 24th of October every year. He currently wished on her birthday saying,

"Happy birthday to the life of the party. Keep showing me the ropes! Love you.