Lara Gut-Behrami is a Swiss Professional World Cup alpine ski racer who competes in all disciplines and specializes in all the speed events of downhill and Super G. She has also won the gold medals in the Super -G events at the 2022 Winter Olympics in Beijing.

Is Lara Gut-Behrami is involved in a relationship or she married?

Lara Gut-Behrami is a married woman. She tied the knot with a Swiss Professional Footballer named Valon Behrami in July 2018.  He played as a midfielder for a Serie B club Brescia and has played international games 83 times from the national team side. 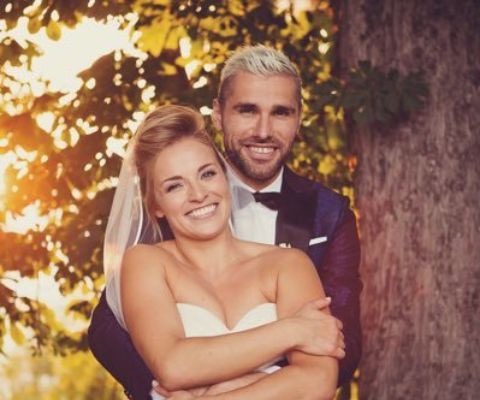 Furthermore, they are living their life happily and having a great time together.

Net worth, Salary, and Contract of Lara Gut-Behrami

Talking about her husband Valon Behrami's net worth he earns $9 million and his salary is 1.4 million EUR per year.

Swiss Alpine Ski racer Lara Gut- Behrami was born on 27 April 1991 in Sorengo, Switzerland. She has won 3 Olympics medals including 1 Gold medal and she has also won 2 gold medals in World Championship. Her father is a Swiss person from Airolo named Pauli Gut and her mother's name is Gabriella Almici, a masseuse. She was born in Zone, Lombardy. Similarly, she is 5 feet 3 inches tall and her weight is 58 kg which is comparatively more per her weight. According to the astrologist, her zodiac sign is Taurus and she is white.

Early in her first full season, Gut won her first World Cup race on 20 December 2008, a super-G in St. Moritz, finishing 0.63 seconds ahead of runner-up Fabienne Suter. Gut became the youngest skier to win a World Cup super-G race, at 17.65 years (17 years, 237 days). At the 2009 World Championships at Val-d'Isère, France, Gut won silver medals in the downhill and the super-combined. Gut won her first Olympic medal in the downhill in 2014 in Sochi. She took the bronze, finishing 0.10 seconds behind Tina Maze and fellow Swiss skier Dominique Gisin, who both won the gold. In World Cup, she won the Super-G season title and finished third overall in 2014.