Javier Hernandez Balcazar, a.k.a Javier Hernandez is a Mexican international footballer who plays for English club West Ham United as a striker, wearing Jersey number 17. The footballer made his professional debut with Guadalajara and played for the various club including Manchester United, Real Madrid, and Bayer Leverkusen, before making his move to West Ham United.

Apart from his domestic career, Hernandez is in the team member of Mexico national team and is his country’s all-time leading goal scorer. Thus far, he has won 101 caps and scored 49 goals his national side.

Javier Hernandez is a native of Guadalajara, Mexico, born on 1st June 1988. His father, Javier Hernandez Gutierrez, is a former professional footballer who has played for three different clubs including Monarcas Morelia as well as the member of the Mexican team at the 1986 FIFA World Cup, whereas his mother, Silvia Balcazar, is a homemaker.

Not only his father, Hernandez’s grandfather, Tomás Balcázar, also played for Guadalajara and represented the national side in the 1954 FIFA World Cup. Hernandez has a sister named Ana Hernandez Balcazar.

Hernandez who is Mexican by his nationality began his footballing career at his seven, playing in a recreation league while living in Morelia. Also, he joined the elementary school at the Instituto Piaget where he studied from 3rd to 6th grade and played for the school's football team too.

Growing up, he held Rafael Marquez and Hugo Sanchez as his football idols.

In 1997, Hernandez joined Guadalajara and signed his first professional contract later six years, i.e., at his 15. While playing football professionally, he was also attending business administration classes at University of the Valley of Atemajac.

Javier Hernandez's Net Worth and Endorsement

The significant source of Javier Hernandez’s income is his club contract, salary from the national team, sponsorship, and endorsement deal with various brands including Nike.

As of 2018, he earns $7.28 million per annum as his salary from West Ham United. His current net worth is recorded around $17 million.

Following various youth set-up at Guadaljara, Hernandez was promoted to the senior team of the Guadalajara. Prior to this season, i.e., 2005-06, he played with Chivas’ lower division team Chivas Coras in Tepic, Nayarit. In the 2006 Apertura, Hernandez made his debut in a triumph against Necaxa at Estadio Jalisco. Hernandez remained four seasons with the club, playing overall 64 matches with 26 goals.

On 1st July 2010, Hernandez penne a contract with Manchester United. On 28th July 2010, he made his United debut in the MLS All-Star Game. Then on 8th August of the same year, he made his competitive debut and scored his first goal in a 3-3 win against Chelsea in the FA Community Shield.

On 1st September 2014, Hernandez was loaned out to Real Madrid on a season-long loan deal with an option to make it permanent deal at the end of the loan. On 13th September, he made his Madrid debut in a 2-1 loss against Atletico Madrid, where he entered as a 77th-minute substitute for Gareth.

On 31st August 2015, Hernandez penned a three-year contract with Bayer Leverkusen. Upon his arrival, he was assigned the shirt No. 14 which was previously worn by Admir Mehmedi. On 12th September, he made his Bundesliga debut in a 1-0 loss to Darmstadt. Later four days, he scored his first goal in a 4-1 win against BATE Borisov in the Champions’ League group-stage.

Throughout his two-season career at  Leverkusen he has was awarded 2015 Bundesliga Idol, 2015-16 Bundesliga Team of the Season and five times Bundesliga Player of the month: November 2015, December 2015, January 2016, September 2016, and February 2017 respectively.

On 24th July 2017, Hernandez moved to West Ham United, signing a three-year contract for a worth £16 million. On 13th August, he made his debut for the Hammers in a 4-0 defeat against Manchester United. After a week, he scored two goals for his side in the 3-2 loss to Southampton.

Javier Hernandez was a team member of the Mexican U20 national team which played in the 2007 FIFA U-20 World Cup in Canada, where he scored Mexico’s 3-0 goal.

On 30th September 2009, Hernandez made his international debut for Mexico national team against Colombia in a 2-1 loss. On 14th February 2010, he scored his first two goals for his side in a friendly match against Bolivia in a 5-0 win.

Moreover, Hernandez represented his national side for the first time in FIFA World Cup in the opening game of the 2010 tournament against South Africa in a 1-1 draw. Further, he scored a goal in a 2-0 won against France. On 27th June, he made his start a World Cup and scored his second goal of the World Cup.

In 2011, he was Mexico’s squad which won the CONCACAF Gold Cup. Again in 2014, Mexico’s national squad took home CONCACAF Cup.

On 26th May 2012, Hernandez was appointed a Mexican ambassador for UNICEF. He was honored in a news conference, where he stated Hernandez felt "proud and committed” however, he denied to answer questions on how he felt for not being able to attend the 2012 Summer Olympics and on his opinion of 2014 FIFA World Cup qualification games. He replied that he was "at the news conference to talk about UNICEF, not about his profession."

On 27th June 2013, EA Sports featured Hernández on the North American cover of FIFA 14, along with Lionel Messi.

However, Andrea Duro is not only the love of his life. Hernandez has quite a long dating list. His first relationship that popped out in media was with Mexican TV personality, Laticia Sahagun. The two dated six years but could not carry their relationship and parted way.

Hernandez next dated a Spanish TV personality, Lucia Villalon who is also famous as Cristiano Ronaldo’s ex-girlfriend. The duo met while Hernandez was at Real Madrid in Span, where Villalon is from. 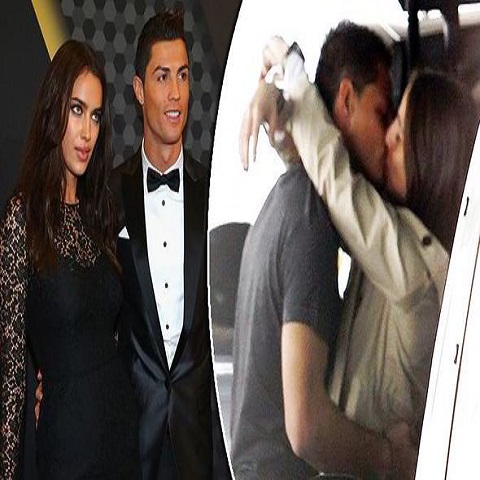 Hernandez and Villalon were too serious in their relationship as Villalons even tattooed “1422” on her body, “14” which is  ‘Hernandez' field number and “22” being her lucky number.  In summer 2016, the lovebirds got engaged and also planned to exchange their vows in summer 2017. But they split up because of their long-distance relationship.

Following break up, Hernandez was spotted around Paris getting romantic and cozy with Mexican actress Camila Sodi. Some source claimed that the pair started dating in February 2017. Nevertheless, their relationship came to an end after a couple of months.