Samantha Stosur is an Australian professional tennis player. She is a former world No. 1 in doubles, for 61 weeks, and a former world No. 4 in singles. She is the winner of the US Open Championship in 2011 and has also won 25 WTA, 11 ITF titles. Stour announced she would take singles retirement following the 2022 Australian Open where she received a wildcard and that 2022 will be her last season on the doubles circuit.

Stosur won the 2011 US Open, defeating Serena Williams in the final, and became the first Australian woman since Evonne Goolagong Cawley in 1980 to win a Grand Slam singles tournament.

Samantha Stosur Salary and Net Worth

Samantha Stosur has an estimated net worth of $18 million as calculated in 2022. She has earned her wealth widely through her professional tennis career. Stosur is ranked 14th with a career earning of $19,918,763 in WTA career prize money leaders and 22nd in all-time rankings as of January 2022.

She made her $18 million fortune with US Open & Wimbledon, and by endorsing brands. She has endorsement deals with brands like Lacoste, Elephants, ASICS clothing, USUNA, and Babolat racquets. 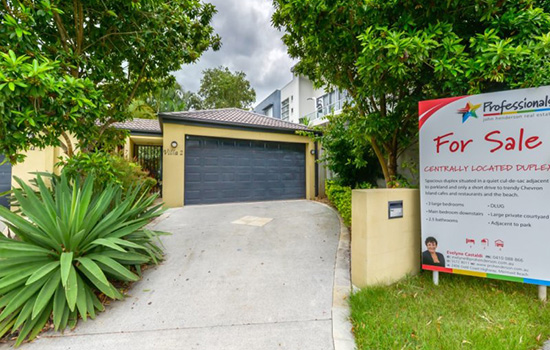 Samantha is openly a lesbian and is currently in a relationship with Liz Astling. The couple recently became the parents of their first child after her partner gave birth to a daughter named Genevieve. Liz Astling was the who gave birth, on 13 July 2020, .

Most of the time, Stosur prefers a very low profile in her personal life but this was the first public announcement of being in a relationship and also of becoming a mother. 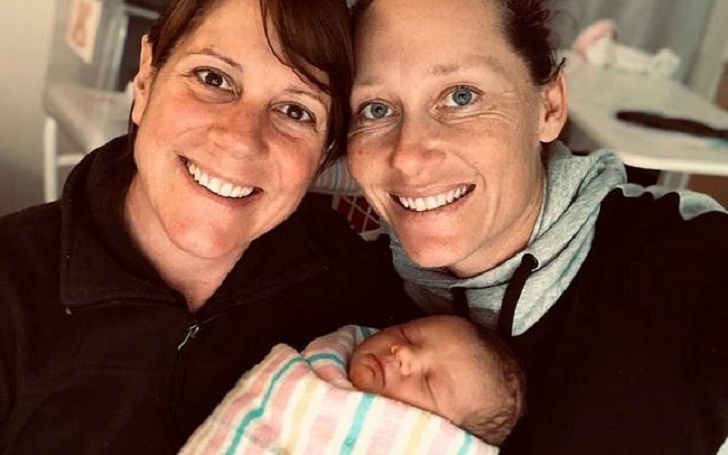 Samantha and her partner Lisa with their child SOURCE: Perthnow

Back in 2012, Dominika Cibulkova was defeated by Stosur, and when asked about her loss. She said:

"How can a girl defeat a man."

Stosur has musculine toned biceps which also made people think about Dominika's comment.

Earlier, Lisa Raymond dated Rennie Stubbs (her former double's partner), so people are doubt if Samantha is dating Lisa as she previously had an open lesbian relationship with her former partner. 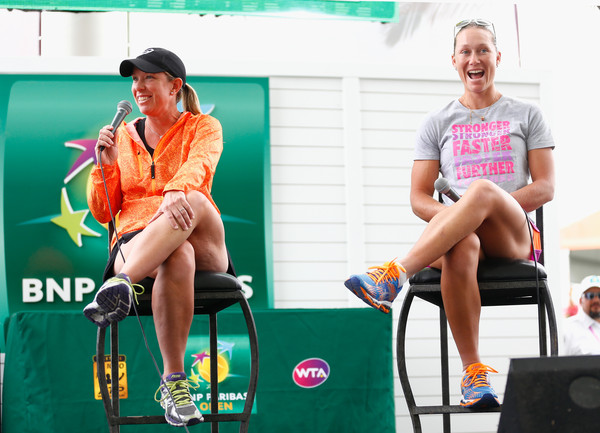 Maybe Samantha will soon speak out about the rumor of her being a lesbian and affair with Lisa and all the confusion in the air will be cleared out. Samantha is 5 feet 8 inches tall in height and weighs around 63.5 kg. She has light brown hair

Samantha Stosur was born as Samantha Jane Stosur on 30 March 1984, in Brisbane, Australia. She is an Australian by her nationality and belongs to the white ethnicity. Born as a daughter of Dianne Stosur and Tony Stosur, her birth sign is Aries. She also has two siblings named Dominic and Daniel. 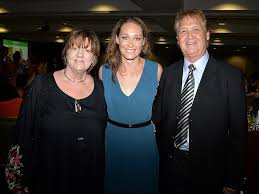 Samantha with her parents SOURCE: SamStosur.com

Talking about her early life, She was trained by David Taylor, Miles Maclagan, and Simon Rea after she graduated from the Helensvale State High School.

At the age of 14, Samantha Stosur joined the Queensland Academy of Sport under Geoff Masters and also trained in tennis by the Australian Institute of Sports.

In the year 1999, she turned professional and started her career in tennis. At the very starting phase, she delivered her skills and talents in the game of tennis. The year 2011, was incredible for her, she won the 2011 U.S Open, by defeating World No.1 player Serena Williams in the final. She also excelled in French Open, Australian Open, and Wimbledon too.

She is currently ranked 41st in WTA, after she won the 2011 US Open, defeating Serena Williams in the final and becoming the first Australian woman since 1980 to win a Grandslam. She defeated Johanna Konta at the semi-finals of the French Open in 2012.

Competing in 2018's US Open in August, Stosur was set to face 2018's Australian Open champion Caroline Wozniacki in the marquee first-round match of the US Open.