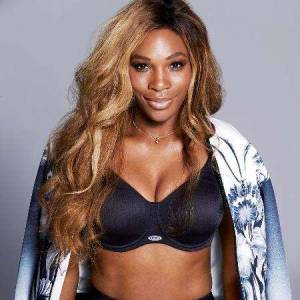 Serena Williams is regarded as one of the splendid names in the world of tennis. He was born by the name of Serena Jameka Williams. She is an outstanding player in the tennis who is ranked No.22 in women’s singles tennis and has been the top-ranked player for a long duration.

Serena was born in the year 1981, on September 26 in Saginaw, Michigan, United States. She is an American by her nationality and her ethnicity regards to black. Her star sign is Libra. Oracene Price and Richard Williams are her parents. She has siblings too. Her sister Venus Williams is one of the outstanding features in the world of Tennis.

She is regarded as the supreme tennis player of all the time. Accounting her early life, professional career, and achievements, from her early age, she was passionate about tennis and her parents very much supportive of her sporting playing career.

At the age of nine, she attended the tennis academy. Upon training, she participated in several junior games and matches. The year 2002, was incredible for her, for the first time she became the world no.1 tennis player, and achieved this ranking for the sixth time on February 18, 2013.

Serena is also the champion of the French Open, Olympics women’s singles and doubles and Wimbledon Games. She bagged the records of most major singles, doubles and mixed doubles. She also has bagged the 13 Grand Slam doubles titles along with her sister Venus Williams, and the pair was unbeaten and outstanding in Grand Slam Tournament Finals.

Serena has so far won 72 WTA titles, fifth highest of all time and is regarded as one of the best of all time. Moreover, she has won 23 Grand Slams so far in her career more than any other player including Steffi Graff (22). Serena with her sister Venus has won 14 WTA doubles titles in her career.

Serena Williams recently married her boyfriend Alexis Ohanian on November 17, 2017, at the Contemporary Arts Centre in New Orleans. The ceremony believed to cost around $3.5 million had the attendants of around 200 guests including Kim Kardashian, Beyonce, Caroline Wozniacki etc.

Ohanian is the co-founder of Reddit. They have been dating for 15 months since their first meeting in Roma. They had their engagement in December 2016. She gave birth to her daughter Alexis Olympia on September 1, 2017, and was 2 months old during their marriage.

She is fluent in French and knows Spanish and Italian too. She also makes her appearance in the movie Pixels.

Net worth, Endorsements, and Body Measurements

Serena Williams has a very good earnings from her tennis career. Her estimated net worth is $150 million in 2016. She gets paid $13 million from her brand endorsements and earns around $27 million in a year which places her among the top 100 earning athletes.

Serena has earned $84,463,131 from the prize money in her career and is the highest earning woman tennis player of all time. Her endorsement deals with famous companies like Nike, Wilson, Pepsi. Nike will pay her $40 million in 5-year signed in 2013. Previously, she had a 5-year deal with Puma worth $13 million signed in 1998.

She has several expensive cars including Aston Martin, Bentley Continental, Rolls Royce etc. She recently bought a house in Beverly Hills for $6.67 million. Serena also owns a house in California which she has listed for sale for $12 million. she had bought the house in 2006 for $6.612 million. She also has a mansion in Palm Beach Garden, Florida bought for $2.5 million.

Serena is arguably one of the greatest players in tennis. She is elegant and magnificent by her personality. She is one of the sexiest and hottest sports stars. She has a complete pear-shaped body. Her body measurement is 40-28-44 inches. She the possesses height of 5 feet and 9 inch. Her build up weight is 70 kg.