For the tennis lovers, Samantha Stosur is not a new face at all. The 33-year-old Australian tennis player besides being a former World No. 1 in doubles, is also the first Australian woman since Evonne Goolagong Cawley in 1980 to win a Grand Slam singles in 2011 US Open defeating women tennis freak Serena Williams.

In the 18 years long career, Samantha has introduced herself as a prominent tennis player and has been able to earn the estimated net worth of $18 million. Wanna know more about her career earnings, prize money, and net worth? Scroll down to know.

Net worth of Samantha Stosur

Samantha Stosur's main source of income is her prize money from tennis career and her endorsements. Blessed with fortunes and her incredible talent, Samantha has earned more than $17.15 million in prize money in her career till date including $69,571 YTD prize money in 2018. 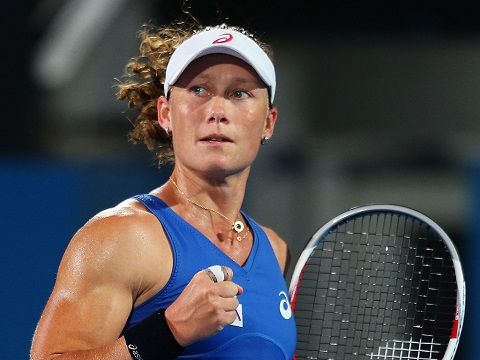 Well, Samantha got professional in 1999 on the ITF Women's Circuit and soon her dedication led to success in 2005, as she was able to win US Open Doubles alongside her partner Lisa Raymond receiving the prize money of $125,000.  In the same year,  she also won Australian Open Mixed Doubles partnering with Scott Draper.

Samantha Stosur's Net worth by the year

Samantha Stosur's Net worth in 2015

In 2007, Samantha and Lisa made their partnered victory in the 2007 German Open getting hands over $27,270  prize money. But later Samantha was diagnosed with Lyme disease and took a 10-months break. Making her comeback in 2008 Wimbledon, Samantha and Lisa's partnership held the position of the runner-up against Serena Williams and Venus Williams taking home $115,100.

The same year, Samantha and Bob Bryan's mixed doubles got the victory in the 2008 Wimbledon. In 2009, Samantha made her singles break-through, and soon she became the limelight in the women's singles tennis after she finished runner-up in Frech Open in 2010 against Francesca Schiavone. A year later in 2011 US Open, Samantha won against Serena Williams and got the prize money of $1.758 million.

A good start for me at #Ausopen. Very happy with my first round win. Photo credit- Michael Klein.

By the end of 2011, Samantha earned the net worth around $3 million and reaching up to 2014, it became nearly $8 million after having 94 wins in the US Open and Wimbledon.

In 2015, Samantha completed her 500th career wins defeating Monica Niculescu in the Australian Open and led her net worth to $10 million by the end of the year.

Samantha Stosur's Net worth in 2016

On May 22, 2016, Samantha made her way to the French Open women singles semi-finals but lost to Garbiñe Muguruza. However, she got the prize money of $538,570, but her doubles performances were not quite good enough as Samantha was able to make only about $57,000 in 2016.

Although, her product endorsement with companies such as  Elephants, ASICS clothing, USUNA and Babolat racquets made the rise of her net worth to $15 million in 2016. The detail of incomes and endorsement deals is still undisclosed.

As reported in 2017, Samantha made the fortune of $17 million net worth with her gameplay and endorsements.

Samantha Stosur's Projected Net worth in 2018

Let's have a look at Samantha vs Monica Puig's highlights.

We wish her best and stay tuned for updates!