Venus Williams is an American professional tennis player who currently ranks 53rd in the WTA singles rankings. She is also the former World no. 1 and has won the seven grand slam titles in her career. Venus is regarded as one of the greatest female tennis players, along with her younger sister Serena. She has won 49 singles and 22 doubles WTA titles in her career

Venus is not married yet but is dating her millionaire boyfriend, Nicholas Hammond. She has an estimated net worth of $95 million. Moreover, she has earned $5.9 million as earnings in 2019.

Venus Williams is indeed a wealthy and proud woman. She has an estimated net worth of $95 million in 2019, including all of her properties and incomes. She is one of the highest-earning female athletes with $41,325,475 (As of May 6, 2019) in earnings from prize money in her career.

She also makes huge money from her endorsement deals. Her endorsement partners are Wilson, Electronic Arts, Kraft, Ralph Lauren, and Tide. Apart from these, she has her fashion line called EleVen, which sold through the Gilt Groupe. She also has a small interest in NFL side Miami Dolphins with Serena.

Like other successful athletes, Venus Williams endorsed for several popular brands of the world. She agreed on a five-year deal with Reebok in 2000, which was one of the highest-paid endorsement deals at the time. 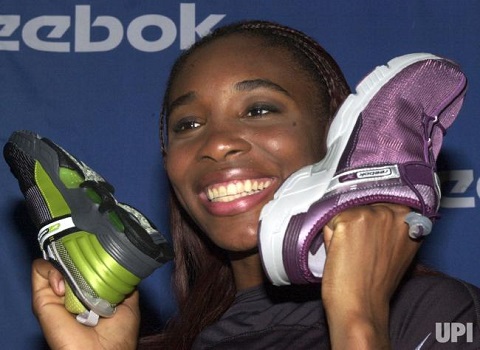 Besides her endorsement contract, she also partnered with Tide, Electronic Arts, and Ralph Lauren.

Venus Williams is currently dating her millionaire boyfriend, Nicholas Hammond. The couple is often spotted together, they were seen together on her sister, Serena William's wedding ceremony with her husband, Alexis Ohanian. 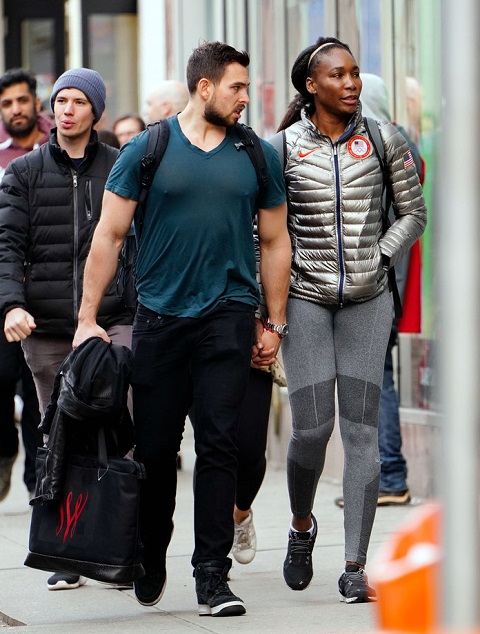 Williams was spotted wearing a suspicious diamond on her ring finger, which immediately sparked engagement rumors. Various sources tell PEOPLE she is not engaged, but she did spend a lot of her time in Australia with her beau, Nicholas Hammond.

Venus Williams and Hammond are officially engaged, but the couple is yet to be married. The elder Williams' to be spouse is professionally a financier. Hammond, the son of socialite Dana Hammond and her ex-husband James, started dating Venus in 2012.

Before dating Nicholas Hammond, Venus was in an affair with her former boyfriend, a pro golfer, Hank Kuehne and was spotted in the public places and parties too. In the year 2010, the couple got separated without clearly stating the reason behind their separation.

From 2012, she began dating a professional model Elio Pis. Their relationship was going well until they parted ways in 2015. Although she doesn't have a child of her own, she has a great love for her sister's daughter.

Venus Williams was born as Venus Ebony Starr Williams on 17 June 1980, ta American parents, Oracene Price,  and Richard Williams. She was born and raised in Lynwood, California, the United States, along with her five siblings.

She is an American by her nationality and is of black ethnicity. Her horoscope is Gemini. One of her siblings is Serena Williams, who is also a professional tennis player. 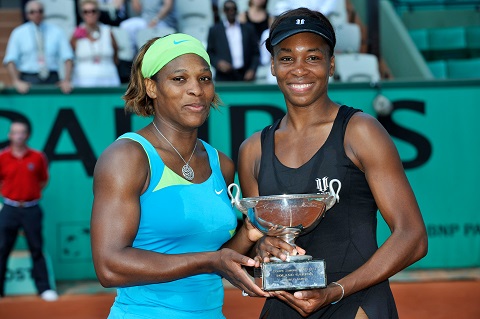 Venus was raised in a large family with her brothers and sisters. She discovered her love for tennis at a very tender. From an early age, she was passionate about playing tennis and attended several coaching. Her father provided her a perfect coaching and new shapes to her tennis career.

Venus Williams made her professional debut at the age of 14 in 1994. She played her first match at the Bank of the West Classic but went on to lose in the second round. She reached the finals in her debut US Open and also reached the quarterfinals of the Australian Open in 1998.

Insights and growth for 2019. Even though I have been doing this my entire life it never gets old, it’s never easy and I love that challenge. #ASBClassic

She won the US Open and Wimbledon in 2001 and also won the Wimbledon doubles title in 2002.

Venus won her 5th Wimbledon title in 2008 and also claimed several doubles title with her sister Serena. Her latest Wimbledon title was in doubles in 2016. Venus took part in US Open 2018 and defeated Kuznetsova and Camila Giorgi to reach the round of 32 of the tournament where she will face her younger sister Serena Williams.

Williams started her campaign 2019, where she won 10-8 in the tiebreak game against Serena at the Mubadala Worldcup Championship.