Ronny Rios is a well-known American professional boxer. He is currently fighting under the super bantamweight and featherweight division. Rios has held the WBC-NABF super bantamweight title since 2019.  Ronny won a National Golden Gloves and two U.S. National Bantamweight Champions as an amateur.

Ronny Rios was born on January 22, 1990, in Santa Ana, California. He rose to fame through his successful career so, much about his early life and parent is still under the radar. Rios has a brother named Alexis Rios, a rising professional boxer. Talking about his physical appearance, Rios stands five feet and eight inches tall and weighs 55 kg.

Ronny started training boxing at a very early age. As an amateur, he won a National Golden Gloves and two U.S. National Bantamweight Champions. Rios finished his amateur career as a highly decorated boxer. The boxer turned professional in February 2012 at the Phoenix Club. He knocked out the veteran Jeremy McLaurin and won his debut match. 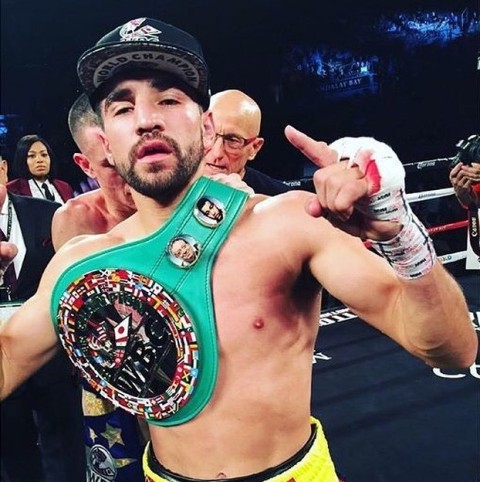 Ronny lost his first professional match in October 2014 against Robinson Castellanos via TKO. In November 2015, The boxer won his first title of vacant WBC Silver featherweight against Jayson Velez. In August 2017, Rios challenged Rey Vargas for the WBC super bantamweight title and lost unanimously. Shortly after that, He lost his third professional match for a WBC Continental Americas super bantamweight title.

Yes, You read that right. Ronny is a proud father of a son. Rios walked down his wedding aisle along with Daniela Rios in April 2016. They had been dating for several years before tying their knot. The love birds had a lavish and beautiful wedding ceremony in front of their parents and close friends. The couple has not shared about their first meeting experience. 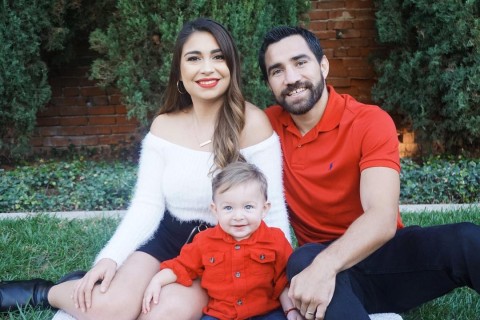 Ronny along with his wife and their son SOURCE: [email protected]_rios

In August 2016, Ronny and Daniela shared about expecting their first child. The family of two extended to three with their first child, Nicholes Reid, in March 2017. Rios is very close to his son and spends his free time with him. Although, It's been more than five years of their first child, the pair is yet to welcome another child.