Jamel Herring, known as Semper Fi in the world of boxing, is a professional American boxer. Since May 2019, he is holding the WBO junior lightweight. As of November 2020, he is known to be the world's fourth active best lightweight from the junior session by The Ring and the Transnational Boxing Ranking Board.

Jamel was born in Rockville Centre, New York, United States, on 30th October 1985. He is the son of Michael Herring and Jeanine Herring and was raised in Coram, New York. He holds an American nationality with Afro-American ethnicity. He stands 5 feet 10 inches tall with an average weight of 64kg.

Semper Fi started learning boxing in 2001 when trainer Austin Hendrickson invited Semper to his boxing gym for workouts. On July 20, 2002, he suffered from his first amateur loss during the New York Junior Olympics Finals to Daniel Jacobs.

Herring was on the American Marine, so he had a hard time balancing his time for boxing. He managed to play some matches while he was in marine after returning from his mission of marine. He made a hard decision to finish his service as an American marine and take up boxing as his career.

He started his professional career on 8th December 2012 and shifted to Ohio for further training and skill-building. He became the world champion winning the WBO junior lightweight title, defeating Masayuki Ito in May 2019. After completing a total of 24 matches, he has won 22 matches with 2 losses.

Who is Jamel Herring's Wife?

Herring married his then-girlfriend, Jennifer Dickerson-Herring, after being in a relationship for a long time. Jamel and Jennifer shared their marital vows on 26th September 2015 and promised to be together for the whole life. 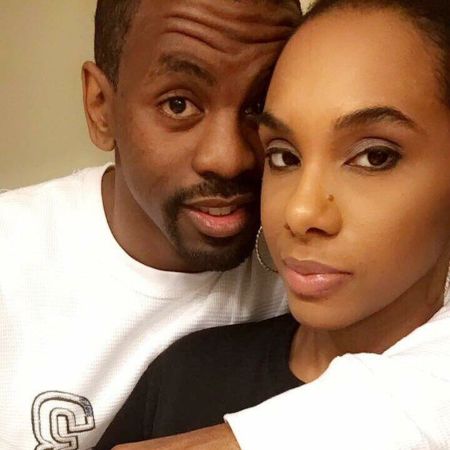 Jamel and his wife and childhood friends and have known each other for more than 2 decades. Now they live together happily, and there is no chance of them being divorced in the present or the future. Unlike many other couples, they can understand each other well and help each other with their needs.

Jamel Herring's Children and the Death of his daughter

The former United States Marine is the father of 6 children. He experienced his first fatherhood in 2004 when his child Kamren Herring was born. Similarly, Stephen was born in 2007, Ariyanah Herring in 2009, Jamel Herring Jr. in 2010, Jazmyne Herring in 2013, and Justice herring in 2017.

But they suffered from a huge tragedy when their daughter Ariyanah died on July 27 when she was just an infant.

Jamel Herring Net worth and Earnings

Semper Fi, who has signed a contract with management and promotions company MTK Global, earns money like other boxers. His net worth is assumed to be $1.5 million dollars. He gets a base salary, wins bonuses, and through sponsorships. As of 2021, he has won 22 matches, so he has got a lot of win bonuses.

It is found that the champion lives in a huge mansion and owns several traveling vehicles.