Roman Safiullin is a Russian professional tennis player coached by his own father, Rishat Safiullin. He is a former World No. 2 junior who broke into the Top 100 in August 2022 and achieved a career-high No. 92 in October 2022. He posted an 18-6 Challenger record in 2022, with titles at Nur-Sultan and Chicago. Safiullin turned professional in 2015, and since then, he has been playing in major tournaments.

The 6 feet 1-inch tall player achieved career-high doubles of world No. 239 on February 7, 2022. He has played in the Australian Open, French Open, Wimbledon, and US Open. Safiullin was passionate about playing tennis from the age of 4.

Safiullin began playing tennis just at the age of 4. His junior career was pretty impressive. Safiullin's biggest junior title, after his Australian Open title, is the Grade A Trofeo Bonfiglio, where he defeated Andrey Rublev in the final. In February 2020, Safiullin claimed his maiden challenger tour titles in singles and doubles with Pavel Kotov (tennis) in Cherbourg, France. Safiullin made his Grand Slam debut at the 2021 Australian Open. In the tournament, he reached the second round by beating Ilya Ivashka. He also played in the 2021 French Open. Safiullin reached the semifinals at the 2022 ATP Cup after winning two singles and three doubles match with teammate Daniil Medvedev.

Likewise, Safuillin participated in the 2022 Australian Open. Later, he qualified for Marseilles after beating Ernests Gulbis and Julian Lenz. In the same way, Safiullin gave his best in other games too.

Professional tennis player mainly works with Head Tennis. We can see him using kits from HEAD Tennis. In many professional games, Safiullin has used rackets from HEAD. 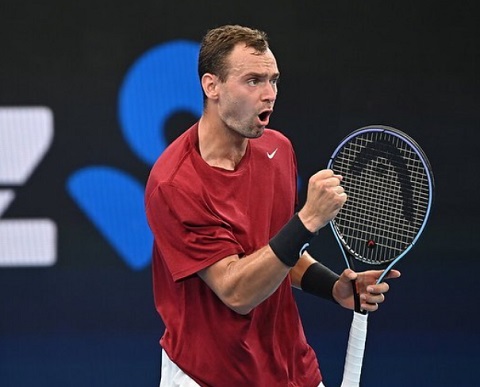 Apart from that, Safiullin also has a deal with Nike. He wears t-shirts, shorts, and other apparel from a big Nike sports brand.

Everything About Safiullin's Career Earnings and Prize Money

Roman Safiullin is married to his girlfriend-turned-wife, Liudmyla Smolanova. It is unknown when they met and began dating. In the initial phase, Safiullin kept his love matters away from the media due to privacy concerns, but on November 27, 2020, the tennis player took to Instagram to share the news of his engagement with Smolanova. 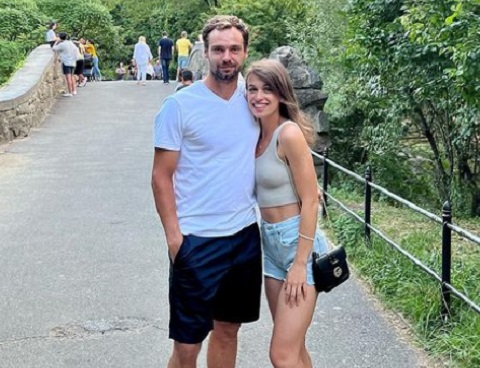 Safiullin shared two images of kissing his fiance. The couple also showed their rings. People in the comment section congratulated the pair. Later, they married and now live happily. After that, the duo also went to Burj Khalifa-Dancing Fountains to enjoy Christmas.

Safiullin and Smolanova love exploring different places together. Also, Safiullin does not hesitate to share their moments on social media. In November 2022, the lovebirds vacationed in Ubud, Bali, Indonesia. Not to mention, Safiullin's fiance, Smolanova, is reported to be a dancer. We can find her on IG as @smolanoval, but she has kept her account private.

Facts About Safiullin's Family Life: His Parents and Siblings

Safiullin comes from a superior family background. He was born Roman Rishatovich Safiullin on August 7, 1997, in Podolsk, Russia. Safiullin's father, Rishat, is Tatar, while his mother, Marina, is Russian. Furthermore, Safiullin also has a sister who goes by the name of Yulia. Safiullin also maintains a distance from the media and does not talk much about his family life with the press. He takes Novak Djokovic and Roger Federer as his inspirations.