Karen Khachanov is a rising Russian professional tennis player. He has been playing at the professional level since 2013. In his professional career of seven years, Karen has won four Career titles in single and is yet to win in Doubles. Khachanov ranked at No.8 in July 2019 and is the highest career ranking.

Karen Khachanov was born Karen Abgarovich Khachanov on May 21, 1996, in Moscow, Russia. He is among the three children born to Abgar Khachanov and his wife, Natalia Khachanov.  He has a sister, Margarita, and a brother, Georgiy. His father played volleyball at a very high level before studying medicine ad his mother studies medicine. Talking about his physical appearance, Karen stands six feet and six inches tall and weighs over 88 kgs.

Karen Khachanov has an estimated net worth of more than $15 Million. He credits most of his net worth to his successful career in golf. He is ranked among the highest earnings in recent days. Khachanov must be earning a reasonable amount through his sponsors like Rolex, Nike, Head, and Mercedes, among others. 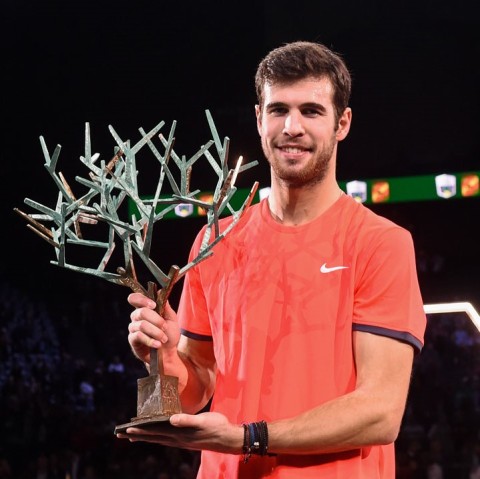 Karen Khachanov is a married man living a happy married life along with his wife and their children. Karen tied his wedding knot with his long-time girlfriend, Veronika Shkliaeva, in April 2016. They had been dating for several years before tying their wedding knot. The duo had a private wedding ceremony in his hometown. 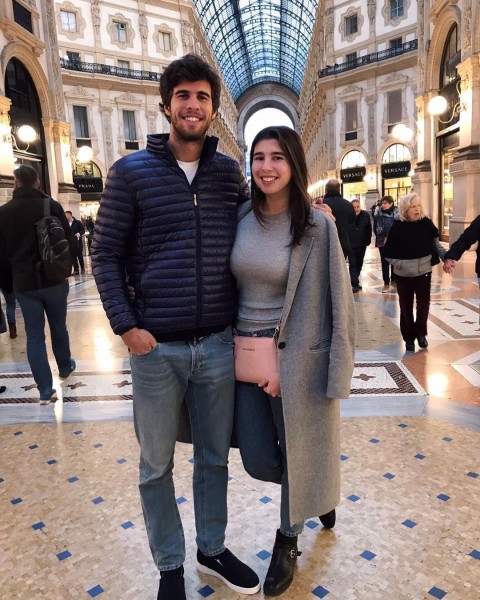 Karen shares a photo along with his wife, Veronika SOURCE: [email protected]

Shortly after the wedding, Khachanov and Veronika welcomed their first child, a boy, David, in September 2019. He is known to be traveling with the Khachanov during his matches, often spotting his games. The family of three is living a happy life.

Karen made his professional debut in 2013 and won the Under-18 European Championship title in July 2013 in Switzerland. He became the youngest Russian tennis player in the pro series. In 2014, The Russian player won a silver medal in doubles at the 2014 Summer Youth Olympics.