Ricochet is a professional wrestler from America who is currently signed to WWE(World Wrestling Entertainment). In WWE, Rico performs under the brand named Smackdown Brand. In 2018, he won the NXT Year-End Award for Breakout Star of The Year. He is also a 1 time WWE US Championship and NXT North American Championship winner.

Before WWE, he has previously fought in different tournaments, including Evolve and Dragon Gate USA, Pro Wrestling Guerilla, and New Japan Pro Wrestling. He started his career in Chikara, where he won the Young Lions Cup V 1 time. In 2016, Pro Wrestling Illustrated ranked him Number 15 of the top 500 single wrestlers in the PWI 500.

Trevor Mann, famously known by the ring name Ricochet, was born on October 11, 1988, in Alton, Illinois, United States, under Libra's birth sign. Upon extracting his family background, he has never talked about his father and mother in public. However, in April of 2019, he posted on his Twitter account that his mother's house was burnt and asked for help. 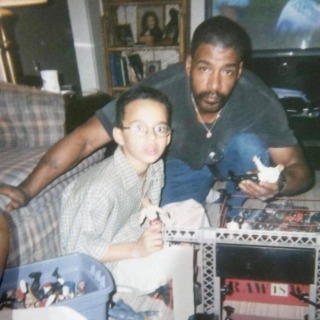 "Monday afternoon I found out that my mom came home from the theatre to find her house engulfed in flames. Luckily my mom, her boyfriend and his two boys are all okay." He also added, "I’ve never done a Gofundme before and wouldn’t be doing this one right now if I didn’t feel it necessary in this crucial situation, but I knew I wanted to do something that could take this horrible negative and possibly turn it into something positive for them."

As per sources, his mom is currently living with her new boyfriend and has 2 sons currently. 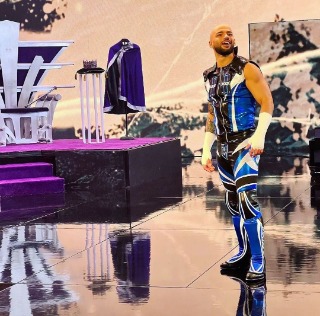 Ricochet shares a photo of him in the WWE arena SOURCE: [email protected]

About his physical appearance, Cesar stands 5 feet and 9 inches tall and weighs 85 kg.

He also has various ring names such as Cameron Locke, Helios, Prince Puma, and Prince Ali. But Ricochet seems to be the best right and lucky name for him.

The net worth of Ricochet || His salary and Earnings

Read about:- Net Worth, Earning and Salary of Ronny Rios 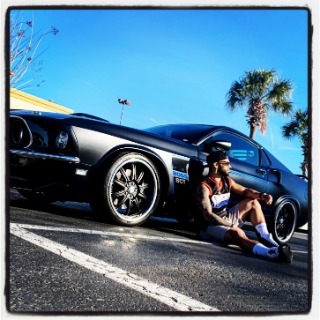 Ricochet uploads a photo in front of his car SOURCE: [email protected]

The 2018 Breakout Star of the Year has an estimated net worth of $3 million approximately. However, there are no official statements regarding his monetary value.

Comparing it to the top paid wrestlers in WWE, his earning is nothing.

Read about:- Arnold's Contract and Salary; How much is her Net worth? 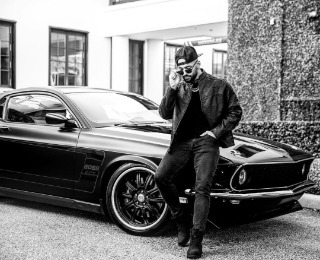 He lives a luxurious life with his son in the US. He frequently posts his picture and flexes his cars. The top paid wrestler in WWE is Brock Lesnar, who earns $12 million. John Cena and Roman Reigns come in the second and third, respectively. Cena Earns $8.5 million, while Roman Reigns earns $5 million.

Who is Ricochet dating? (Affair and Girlfriend)

While extracting Ricochet's Instagram profile, we found out that he is currently in an open and romantic relationship with his girlfriend, Samantha Johnson. On November 13, 2021, he posted a picture of him kissing Samantha's neck where Samantha was taking a selfie in the mirror. In that post, S. Johnson also commented, "I Love You." It confirmed that they are currently dating. But it is not sure when and where they started dating. But it is a high chance that they met in the workplace as Samantha J is also working in the WWE.

So, Who is Ricochet's new girlfriend, Samantha Johnson?

Samantha is currently the Ring Announcer and Correspondent of WWE. After involving in WWE for a certain time, she was nominated as the Announcer on April 30, 2021. She will be announced under the name Samantha Irvin.

In response to that, she wrote,

"I couldn’t possibly put into words what this means to me. When I was young I would watch every single episode of WWE Content, and record the matches in a notebook, writing my own commentary and descriptions of the action,” 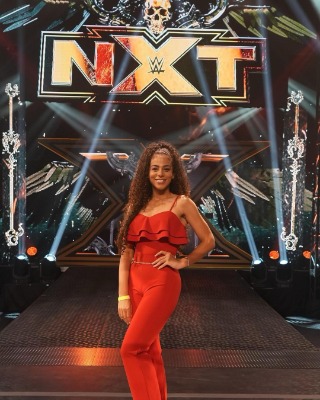 However, she is mainly known as a singer who participated in America Got Talent Season 10, where she was eliminated in the Semifinal due to Judge's Choice. She was born in 1989, and at the time of AGT, she was just 26 years old.

She is also active on her Instagram with the username @samanthairvinwwe with more than 34,000 + followers.

Previously, he was found to be dating Kacy Catanzaro for at least 1 year. The duo met during their time in NXT, and both were training at the Performance Center.

Catanzaro was a former Olympian who represented the US in the 2007 Junior Olympics. She was also involved in American Ninja Warrior before moving to WWE.

Besides Kacy, there is also a rumor that he was dating Tessa Blanchard. Information regarding their relationship is still under the radar.

Father of a child

The 2014 Wrestler of the Year is also blessed with a child called "Little Man." He frequently posts a picture of his son and himself on different occasions. 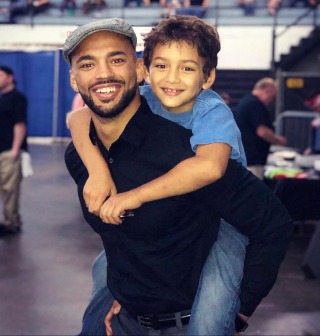 Ricochet shares a photo with his son SOURCE: [email protected]

He always celebrates his birthday on February 20. In 2020, he posted his son's birthday saying,

"Happy birthday to the coolest little Mann and my best friend in the world. Being able to see you grow and become such an amazing child has [email protected] the best part of my life. I’m excited to see what happens next, but whatever comes next it’s me and you little dude! I love you!"

But the information about who is Richochet's son's mother is still not known to the public.