Hangman Page is a well-known American professional wrestler. He has been competing in professional events for more than a decade. Page is currently signed to All Elite Wrestling (AEW), the current AEW World Champion in his first reign. Hangman also competed in Japan's Pro-Wrestling.

Hangman Page was born Stephen Blake Woltz on July 27, 1991, in Halifax, Virginia. He rose to fame through his successful career, so much about his early life and parent is still under the radar. Page graduated from Halifax County High School and enrolled at Virginis Tech University. Talking about his physical appearance, Hangman stands exactly six feet and weighs 104 kg.

Page did not come from athletic family background and did not practice wrestling from an early age. When Hangman made his professional debut in 2008 in an independent circuit in his hometown, after spending some time in the league, He made his ROH debut on January 14, 2011, at ROH Champions vs. All-Stars. The same year, The wrestler won his first professional wrestling championship with Jason Blade at the  CWF Mid-Atlantic Tag Team Championship. 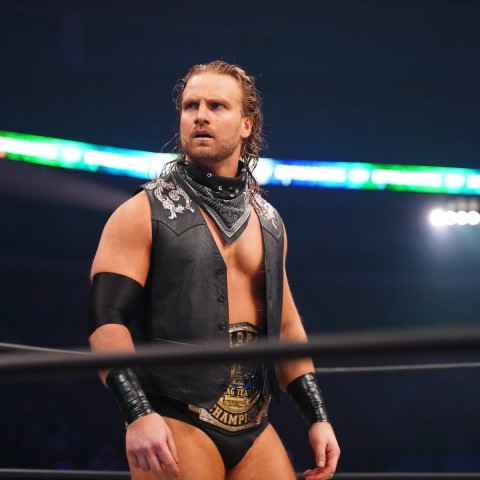 Page at the AEW ring along with his title SOURCE: Sports Illustrated

The following year, Stephen won the  CWF Mid-Atlantic Heavyweight Championship. He worked with the league until and had won several championships for regional promotions around the United States. While in the Ring of Honor, Page got defeated in the Final Battle 2013 against Matt Hardy. Woltz did not have a smooth time in the circuit with ups and downs.

From 2016 until 2019, Hangman was part of the New Japan Pro-Wrestling. Also, Page was a full-time high school teacher, teaching journalism and graphic design for five years while wrestling at the same time. He left teaching after moving to Japan for the events. In April 2018, Hangman signed with Pro Wrestling Guerilla on the First Night of All-Star Weekend. The following year, He moved to All Elite Wrestling and signed a contract with the league.

Stephen walked down his wedding sale along with Amanda Woltz in 2016 at a private wedding ceremony in their hometown. They had been dating each other for several years before their marriage. In June 2021, Page opened about expecting their first child after five years of their marriage. Amanda gave birth to their child sometime in August. 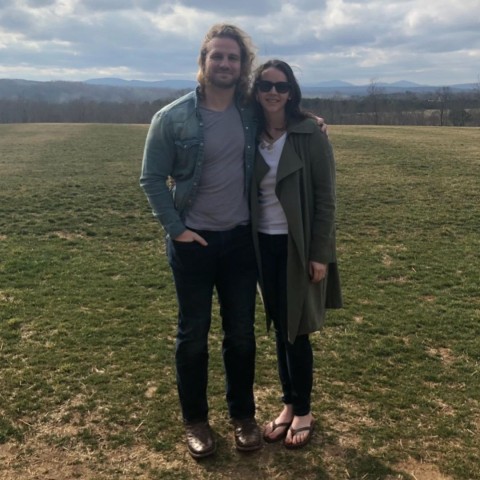 Both are very private about their son and have not shared a word about him in public.