Charly Arnolt is a professional sports broadcaster and television personality from America who currently works in ESPN. She joined ESPN in December of 2018, starting as a host to update SportsCenter on Snapchat. With her talent and amazing personality, she was promoted to host First Take, a television show, just after a few months of joining. Eventually, she took the main responsibility of hosting that show.

Before ESPN, she was best known as a ring announcer in AWE from 2016 to 2021. Best known by the ring name, Charly Caruso, she also worked as a sportscaster in WWE. There she hated backstage interviews on Monday Night Raw. ANd she also hosts a 1 minute Sports in her personal Instagram, where she gives daily updates on sports for just 1 minute.

Who is Charly? Her Bio, Family, and early career

The Indiana native Charly Arnolt was born on 14th July 1987, under the star sign Cancer. She is the daughter of Charlene May Arnolt, who worked as a speech-language pathologist. The thirty-four years old holds an American nationality and is White Caucasian ethnic background. 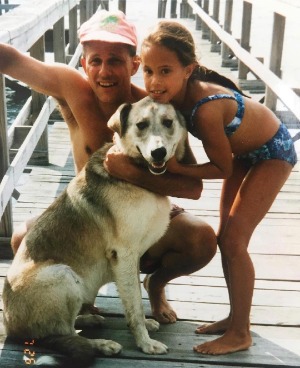 Though additional information about her father is still unknown, she once posted her father's photo on her Insta when she was a kid.

The beautiful-looking ESPN host Arnolt has a register of 5 feet 2 inches. With her charming personality, attractive body, and exceptional capacity to host shows, she has earned many fans on her social media.

Career from WWE to ESPN

In 2010, th the age of 23, she joined the journalism profession as a freelancer reporter for WXIN "Fox 59. She also worked as a co-host for The Bob and Tom Show, a radio show. 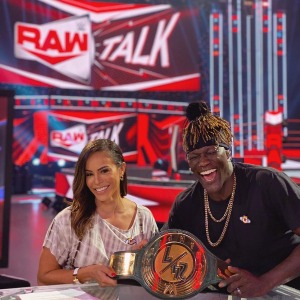 Later in 2016, she joined WWE after meeting WWE Senior Director of Talent Relations Mark Carrano. She replaced Brandi Rhodes to join WWE and adopted her stage name, Charly Caruso. In 2016, she debuted as a ring announcer for WWE NXT. In 2021, she declined to renew the contract with WWE.

After leaving WWE completely, she started working with ESPN as a backup host and moderator on EPN's First Take show.

Arnold's Contract and Salary; How much is her Net worth?

As per the sources, Charly Caruso has an estimated net worth of $500,000. Her major source of income is from her profession as a television personality.

Sources claim that she also earns from posting on social media. She has a huge fan following of more than $830,000 followers and earns from $1270 to $2117 per post on Instagram.

Read about:- Jasmine Paolini's Earnings, Net Worth and Sponsors 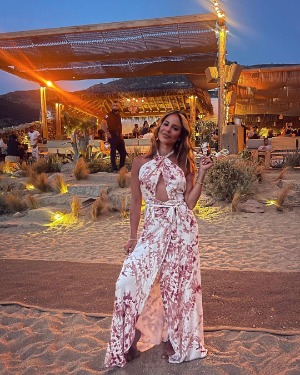 Arnolt shares a picture of her time in Greece SOURCE: [email protected] 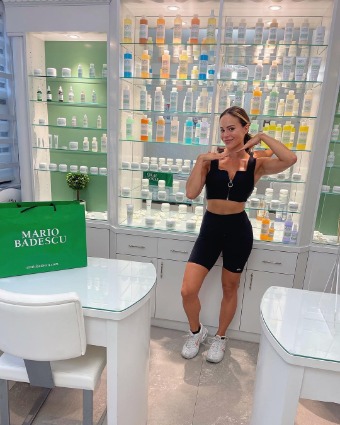 She also has a partnership with Mario Badescu Skin Care, a skincare company.

Besides television, she is also a professional and certified fitness trainer. A per source, she has also launched her app called Train With Charly.

The gorgeous reporter's dating life is also one of the most talked-about subjects. Previously, she has been rumored to have a relationship with several boys. Back in 2018, she was reported dating Shawn Booth, a reality star, after they were seen hanging out together in public.

Read about:- Who is Wang Xinyu Dating? Know About Her Relationship Status and Boyfriend

Just a month back, Shawn Booth had ended his engagement with his ex-fiancee Kaitlyn Bristowe. So, it made the news spicier.

But both parties never confirmed the news. So it is still a mystery whether the pair were dating or not.

Read about:- Who is Jaqueline Cristian dating? (Boyfriend and Affair) 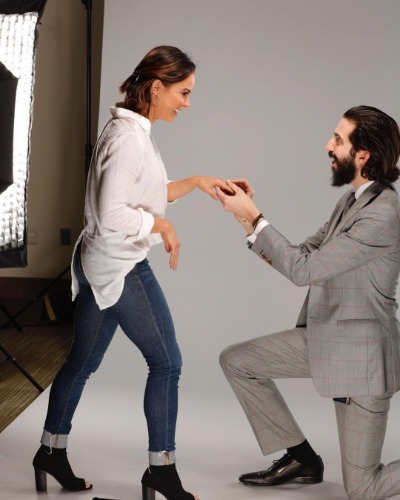 And recently, on April 1, she posted a photo of Nicky Sampogna proposing to her in a knee. Many of her fans believed that they were dating, and Nicky proposed to Arnolt, but she clarified in her caption that it was just for fun and celebrating April Fool. She captioned,

"APRIL FOOLS! ...Like you didn’t already all know! So @njsamps and I took these photos in 2018 (obviously as a joke for those confused) and after scrolling through my old photos I thought today was the perfect opportunity to post see ya back in new yawk beeb!"

Nicholas J. Sampogna, famously known as Nicky Sampogna, is a Senior Director and Social Media production at WWE. In 2018, when the photo was taken, both were working together in the WWE.

As of 2021, there are no rumors of her dating life. So she must be living a single and happy life. She is focusing on her career at ESPN. But who knows what surprise ESPN's reporter may give in the future.

Charly Arnolt currently resides in New York with her dog, which she has named Zorra Angelina Arnolt. She called the dog her baby and frequently posted photos with her on Instagram. 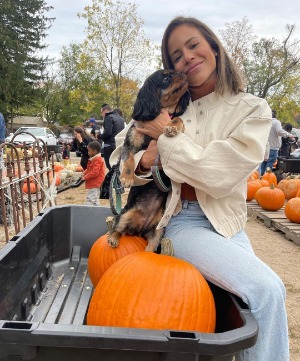 What's crazy is that she has also opened an Insta account for her baby dog Zorra with the username @zorraontv, which has more than 1,800 followers.

Being a news reporter, Charly is very active on her social media like Instagram and Twitter. She is active on Instagram with the username @charlyontv, which currently has more than 831,000 followers. She frequently posts about her profession and daily life on her Insta.

Besides, the female ESPN reporter also has a youtube account that has more than 2,800 followers. There she talks about American football in the show called Back Talk Ball with Charly Arnolt.