An American professional baseball pitcher Gerrit Alan Cole is best known as Gerrit Cole. The young talent currently plays for the Houston Astros in the Major League Baseball. Cole began his baseball career while he was an attendee at Orange Lutheran High School. He later enrolled at the University of California, Los Angeles and played college baseball for the UCLA Bruins. Cole was picked overall first in the 2011 MLB draft by Pittsburgh Pirates. In September 2013, he was named NL Rookie of the month and was 2015 All-Star and NL Pitcher of the Month of April 2015.

The twenty-eight-year-old baseball pitcher annually makes $13.5 million from the Houston Astros. Further, his net worth is approximately $15 million. Regarding, his relationship status, he is married.

The famous baseball pitcher, Gerrit Cole has an estimated net worth around $15 million which includes his annual income and personal investment. Currently, Cole is under a 1 year / $13,500,000 contract with the Houston Astros which guarantees $13,500,000.

Presently, Cole resides in Newport Beach, a coastal city in southern California together with his wife. Back in 2016, he purchased a luxury house whose estimated worth is around $0.9 million. The husband and wife often visit the worlds expensive holiday destinations in their vacation which to indicates they share a lavish lifestyle. He owns 3 luxury cars.

The star baseball player, Cole is a married man. He tied the wedding knot with his long-time girlfriend Amy Crawford on November 2016. The wedding ceremony was held in Newport Beach, California attended by their family members in a private ceremony- where 24 people appeared. 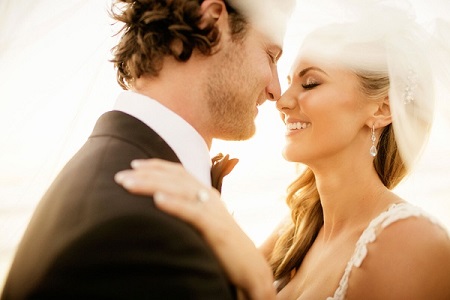 Amy wore a beautiful gown featuring lace appliqués on the illusion back while the bridesmaids appeared in navy dresses. The nuptial ceremony also featured a six-tier cake with a classic design.

His wife Amy faced an embarrassing moment during the function. Her gown ripped off while going table to table thanking the people for coming but her planner quickly sew the dress back together.

They were engaged with each other in July 2015. The lovebird met for the first time at UCLA while both were students. At the time, Cole was a College baseball player while her wife was a College softball player and baseball team cheerleader.

“I remember thinking she was the prettiest girl I had ever met and I wanted to get to know her".

Gerrit remembered seeing his wife for the first time.

Amy is the younger sister of San Francisco Giants shortstop Brandon Crawford. As of now, the duo is living a blissful married life without any news and rumors about extramarital affairs, conflict, and divorce in their relationship.

A native of Newport Beach, California, Gerrit Cole was born on 8th of September 1990, to Mark and Sharon Cole.  His birth sign is Virgo. Regarding his nationality, Cole is an American and is of white ethnicity. Cole was raised alongside his young sister, Erin Cole.

His father, Mark is a big fan of New York Yankees, as he was raised in Syracuse, New York. Cole also grew up as a diehard fan of the Yankees. It seems that his father passed down his affinity towards the Yankees to his son.

Gerrit Cole enrolled at Orange Lutheran High School. During his sophomore year, Cole pitched for the school’s junior varsity baseball team, allowing no runs in 45 innings pitched. Similarly, in his senior year, Cole pitched to an 8-2 win-loss record as well as 0.47 ERA with 121 strikeouts in 75 innings.

Throughout his high school career, Cole was named the “USA Today All-USA high school baseball team”, “17th best prospects available in the 2008 MLB draft” by Baseball America, 2008 starting pitcher of the Orange County North-South All-Star Game, and ESPN Rise Athlete of the Month for March, April, and May 2010.

Upon graduation from high school, Gerrit Cole attended the University of California, Los Angeles. In his freshman year for UCLA Bruins, Coach John Savage made him the team’s Friday night starting pitcher. In the very season, he recorded 4-8 win-loss record and a 3.49 earned run average while also recording 104 strikeouts in 85 innings.

Adding up to his college career, Cole was a part of the 2009 United States collegiate national baseball team as well as contributed in making the UCLA Bruins the best baseball team in school history and the 2nd best team in the nation along with Trevor Bauer.

In the 2011 MLB draft, Cole was picked first overall by Pittsburgh Pirates. On 15th August 2011, he signed a minor league contract with an estimated fee of $8 million signing bonus, the highest signing bonus ever offered to a rookie. Though he signed too late to pitch in that year in the minor league season, Cole pitched for the Arizona Fall league side Mesa Solar Sox.

In 2012, he was called up as a non-roster invitee to spring training for the Pirates with an option to play in the Minor Leagues.

On 11 June 2013, he made his MLB debut after being promoted to the major leagues following, James McDonald and Wandy Rodriguez injuries. In his debut, Cole struck out the first batter he faced, Gregor Blanco, on 3 pitches. In his first-ever career plate appearance, he recorded career hit, a two-run single and bases loaded.

On 13th January 2018, the Pirates traded Gerrit Cole to the Houston Astros for Jason Martin, Joe Musgrove, Colin Moran, and Michael Feliz. His new teammate Alex Bregman tweeted about the happiness after his addition to the team. His other team members are Jose Altuve, Carlos Correa, Carlos Beltran, etc.