Jose Altuve is a Venezuelan professional baseball player who currently plays as a second baseman for the Houston Astros of Major League Baseball (MLB).

Standing 5 feet 7 inches, he is the shortest active player in Major League Baseball. Further, the twenty-nine-year-old is married and is blessed with a daughter. As of 2022, his net worth is over $50 million.

Net Worth and Endorsements; How much is his Salary?

Jose Altuve has an estimated net worth of $50 million in 2022, including his properties and income. The significant source of his income is his MLB career. Thus far, he reportedly earned $109,196,404 in his career until 2022. 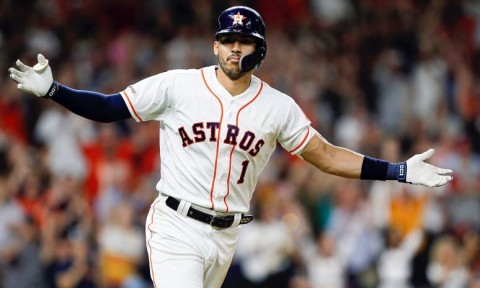 Jose is playing with the Astros in the NHL SOURCE: [email protected]

Apart from his baseball earnings, he also earns some amounts through his endorsing deals with the New Era. Altuve also owns a house and cars and is living a lavish life. The player must make a huge amount from his social media posts and sponsorship deals.

Jose Altuve married his long-term girlfriend, Nina Altuve. The couple has been together since Jose was 16 and celebrated their 11th anniversary this November. The duo has a daughter born on November 1, 2016. 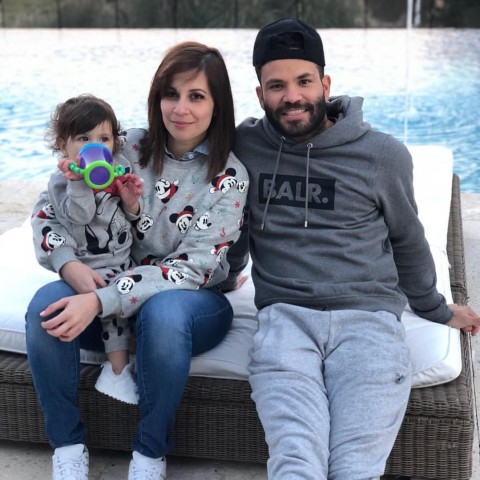 Jose shares a photo with his wife and daughter SOURCE: [email protected]

His wife, Nina Altuve, is a bioanalyst from Venezuela. She holds a degree from the  University of Carabobo in Venezuela.

On June 14, 2016, the couple tied their knots in his hometown Maracay, Venezuela, among their family and friends. They had been dating each other for several years before their marriage. Both of them are very supportive of each other.

Jose Altuve began his professional baseball career in 2011. Astros promoted Altuve to the major leagues for the first time on July 19, 2011. Because of his good performances, he was named the second baseman on Baseball America's 2011 Minor League All-Star team.

He tied Russ Johnson for the Astros record for most consecutive games with a hit to start a career with seven on July 27, 2011. He hit an inside-the-park home run, his first significant league home run.

He signed a four-year contract with the club on July 13, 2013, worth $12.5 million extensions, including two options for 2018 and 2019. He stole two bases in a game against the Detroit Tigers on June 29, 2014, making him the first MLB player since Ray Chapman in 1917 to steal two or more bases in four consecutive games.

He became the first MLB player since 1933 to have 130 hits and 40 stolen bases before the All-Star Break. 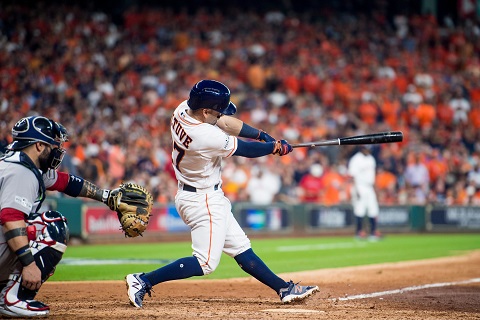 Jose Altuve started playing in the NHL in 2011 SOURCE: The Weekly Standard

Altuve is the only player in Major League history to represent both the American and National Leagues in the All-Star Game while still being a member of the same team. On September 16, 2014, he hit a single up the middle to break Craig Biggio's franchise single-season hit a record of 210 hits.

He became the first Astros player to win a batting title. He recorded his 800th career hit, surpassing Biggio for the fastest Astro player to reach 800 hits on September 11, 2015. He still plays for the club. In 2017, Jose earned the AP Athlete of the year Award. Altuve played a major role the same year while The Astors won the World Series.

In 2018, Jose agreed to a five-year, $151 million contract extension that would span the 2020–24 seasons. He is in his third year of the deal and leads the team with the scores. The player will be among the top players in the coming days too.