Spencer Turnbull is an American professional baseball pitcher for the Detroit Tigers of Major League Baseball.

Turnbull was born on September 18, 1992, in Demopolis, Alabama. He attended Madison Central High School in Madison, Mississippi. He played his collegiate baseball for the Alabama Crimson Tide of the University of Alabama.

Turnbull went on to become Alabama's top starting pitcher. After 2013, he played collegiate summer baseball with the Wareham Gatemen of the Cape Cod Baseball League. In the 2014 MLB Draft, he was selected by the Detroit Tigers in the second round, with the 63rd overall pick. After one start with the GCL Tigers, also his debut club, Turnbull was promoted to the Connecticut Tigers. 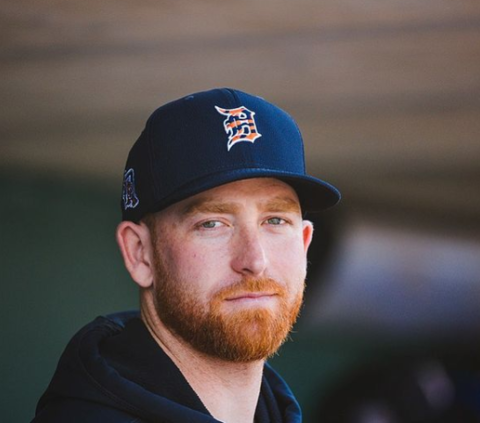 Spencer Turnbull began his professional career with the GCL Tigers in 2014 SOURCE: Instagram

There, he finished the season, posting a 0-2 record and 4.45 ERA in 11 starts. After the Tigers, he moved to the West Michigan Whitecaps for the 2015 season. In 22 starts for the Whitecaps, he recorded 11-3 with a 3.01 ERA and 1.35 WHIP. He played the 2017 season with the Lakeland Flying Tigers, making a stat of 7-3 and 3.05 ERA in 15 starts, and finished the season with the Erie SeaWolves where he pitched to 0-3 record and 6.20 ERA in four starts. In 2018, returning to Erie, Turnbull started in their 13 games. He was then with the Toledo Mud Hens of the Class AAA International League. On September 11, 2018, the Detroit Tigers promoted him to the Majors.

Spencer Turnbull's Net Worth and Salary

Spotrac states Turnbull's salary for 2021 is estimated at around $586,900. After his draft in 2014, he had received a signing bonus worth $900,600. For four years starting from 2014, Turnbull split his time playing for the single, double, and triple-A minor league teams.

In the light of that fact, it might be plausible to deduce he was receiving an average salary of $50,000 a season - taking that he at the very least received the standard paychecks given to a minor league baseball player. There also could be the scenario, where he may have grossed more than or close to $100k playing in the minor division. His net worth in that manner should likely be in the region of $500,000 or so.

Turnbull has just started a relationship with a woman named Ashley Terk. She is a divorcee and a single mother to a boy, William. Terk separated from her ex-husband on April 15, 2021. She announced her divorce through her Instagram account on the very day penning a long set of words.

She revealed she and her former husband, David tried everything to save their marriage, yet to no avail. After about a month, she was pictured kissing the Tigers' pitcher in a match against the Seattle Mariners on May 18, 2021. 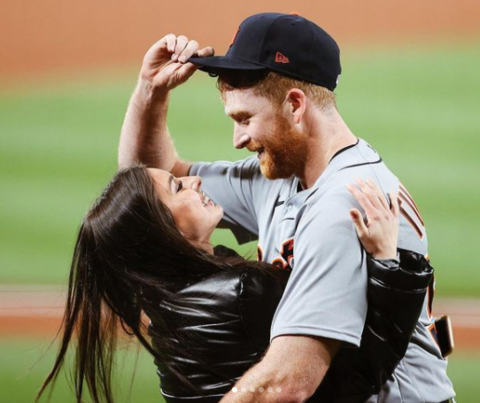 Celebrating the no-hitter, Turnbull officially revealed his love for Terk in front of Detroit's fans. Two days later, he took it to Instagram to confess his relationship with Ashley along with sharing the pictures of his post-game moments against the Mariners. 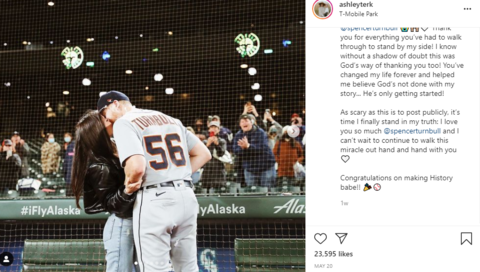 Terk as for herself, did the same, though, in a rather bold and motivating way. Through her writing, she explained it wasn't an easy job for her to go open about her relationship with Turnbull. Terk added while the news of her dating the baseball player was scary, she has finally decided to stand in her truth and her love for her new boyfriend.