An American professional baseball pitcher, Brock Stewart, is currently signed to the Chicago Cubs in the minor league phase of the 2019 Rule 5 draft. Previously, he has played for the Los Angeles Dodgers (2016–2019) and Toronto Blue Jays (2019) in the MLB.

Brock Stewart, a Normal, Illinois native, he was born on 3rd October 1991, under the star sign Libra. The Cubs organization rooster holds an American nationality who came from a white ethnic background.

Stewart is currently signed to the minor league side Chicago Cubs. As reported, the average salary for a minor league baseball player, whose contract is handled by MLB, ranged from around $6,000 in Single-A to about $9,350 in Double-A to nearly $15,000 in Triple-A.

Earlier, he played in the major league for Toronto Blue Jays and mainly for Los Angeles Dodgers.

Overall, he has earned $719,432 as his MLB career earning, playing four seasons. Looking at his career, the hunk net worth in 2019 is approximately $0.4 million.

Roosters such as Gerrit Cole from New York Yankees, Stephen Strasburg from Washington Nationals and Los Angeles Angels' Mike Trout are the highest-paid athletes in the 2019 season.

Brock Stewart is married to his long-time girlfriend, Christina Little, a nurse. Though there is no exact detail regarding how they met or when they started dating, Christina began to appear on Stewart's Instagram since 2013. 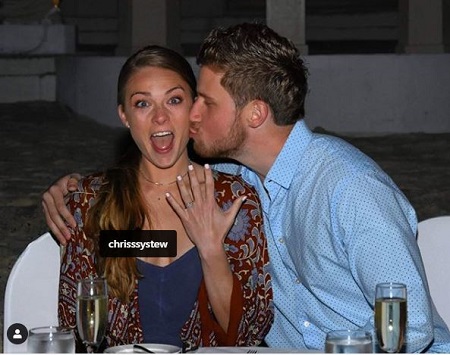 Brock Stewart proposed Christina while in vacation at the Bahamas SOURCE: Instagram @brockstew15

After dating for many years, the baseball pitcher proposed her lady while they were enjoying a holiday in the Bahamas. She said, Yes!!

Sharing the good news in a row, they revealed the couple would get married one year from 9th November 2018 via Instagram. 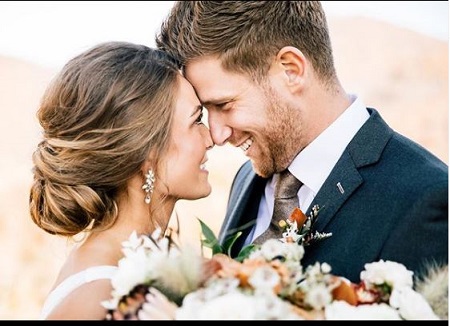 On 9th November 2019, Brock and Christina exchanged the vows in Asheville, North Carolina. Soon they take off for Bora Bora as their first honeymoon stop and then to Kauai in Hawaii.

Brock Stewart was born to Amy Stewart and Jeff Stewart. He was raised alongside his two brothers, Jake, who played baseball for ISU in 2001-02, and Luke. On top of that, his father is a former college baseball coach and current San Diego Padres scout.

Following an excellent baseball career with Normal Community West High School, Stewart was drafted by the New York Mets in the 40th round of the 2010 MLB Draft. Nevertheless, he did not sign and played for Illinois State University.

At the 2014 MLB draft, he was picked by the Los Angeles Dodgers, making his debut with he Ogden Raptors of the Pioneer Baseball League. On 29th June 2016, he made his MLB debut with the Dodgers against the Milwaukee Brewers.

On 31st June 2019, he was claimed off waiver by the Toronto Jays however was outrighted off the Blue Jays roster on October 30, 2019.