Jared Porter is an American baseball executive who most recently served for the New York Mets of the Major League Baseball (MLB) as their general manager from 2020-2021. Early in his career, he had a stint at Boston Red Sox, Chicago Cubs, and Arizona Diamondbacks.

Wayzata, Minnesota native, Jared Porter was born on 23rd November 1979, under the star sign Sagittarius. The forty-one years old holds an American nationality and belongs to a white ethnic background.

Jared Porter has worked for the different MLB team as an executive since 2004, earning a decent sum of money. According to the source, the average base salary of the general manager of the MLB team is $56,000 - $103,000 per year.

However, Jared's financial information such as contract, salary, or bonuses from his workplace was never disclosed in the public. As of 2021, his net worth is estimated at $1 million.

Porter was married at one time. He tied the knot with Katie Burke, daughter of former NHL executive Brian Burke. The couple divorced in 2014. Burke is a Chief People Officer at HubSpot, a software company in Massachusetts. 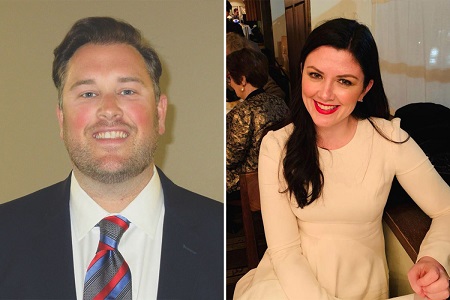 Since his divorce, there is no news and reports of Porter officially dating anyone. As of now, he is possibly single.

Why Jared Porter Was Fired By New York Mets? Career

Before starting his career as an executive in the MLB, Jared Porter interned for the Brewster Whitecaps of the Cape Cod Baseball League in 2002 and 2003. The following year, he joined The Boston Red Sox initially as an intern later becoming their Director of Professional Scouting in 2012.

In 2015, he joined the Chicago Cubs as their Director of Professional Scouting. Pairing with Cubs' former Red Sox executive Theo Epstein, they helped assemble the 2016 World Series team before he was hired by the Arizona Diamondbacks in the 2016-17 offseason as Senior Vice President and Assistant General Manager.

On 13th December 2020, Porter was hired by the New York Mets as their General Manager. On January 18, 2021, ESPN revealed in 2016 while Porter was with the Cubs as Director of Professional Scouting, he sent over 60 unsolicited text messages to an anonymous female journalist, including a photograph of a penis. Thus, the Mets terminated him from the role the next day, just over a month into his tenure.

Jared Porter was born to American white parents. He lived in his hometown, Wayzata, Minnesota until he's 15 and then relocated to Duxbury, Massachusetts with his family. There he attended Thayer Academy in Braintree, Massachusetts, and Bowdoin College. For his college team, Bowdoin Polar Bears, he played baseball and hockey and graduated in 2003, majoring in History.

Porter's uncle, Mike Sullivan is the head coach of the Pittsburgh Penguins.