Dwyane Tyrone Wade Jr., best known as Dwyane Wade is an American retired basketball player who spent his majority of a career playing for the Miami Heat of the National Basketball Association. Following his impressive college career with the Marquette Golden Eagles, he was picked 5th overall in the 2003 NBA Draft by Miami. Also, he played 2016-17 season with Chicago Bulls and 2017-18 with Cleveland Cavaliers.

Dwyane Wade has an estimated net worth of $120 million as of 2019, mostly earned through his NBA career.

Also a philanthropist, he has been involved in various types of organizations. He is the founder of The Wade’s Foundation,  which supports the community-based organizations that promote education, health, and social skills in children in at-risk situations.

His other Chicago-area real estate over the years has included a four-bedroom townhome in River West that he purchased in 2009 for $1.425 million and sold in 2013 for $1.66 million. Additionally, he once had owned a 7,800-square-foot mansion in South Holland that he and his former wife which was sold by Funches in disrepair in 2016 for just $300,000.

There is a long list of his fan base and is still growing. He can be followed in his Twitter and Facebook account. His detailed biography and career statistics can be found on different internet websites including Wikipedia.

Dwayne Wade, 37, has been married twice in his life. He was initially married to his high school girlfriend Siohvaughn Funches in 2002. Together with his first wife, he shared two children:  Zaire Blessing Dwyne Wade and Zion Malachi Airamis Wade. 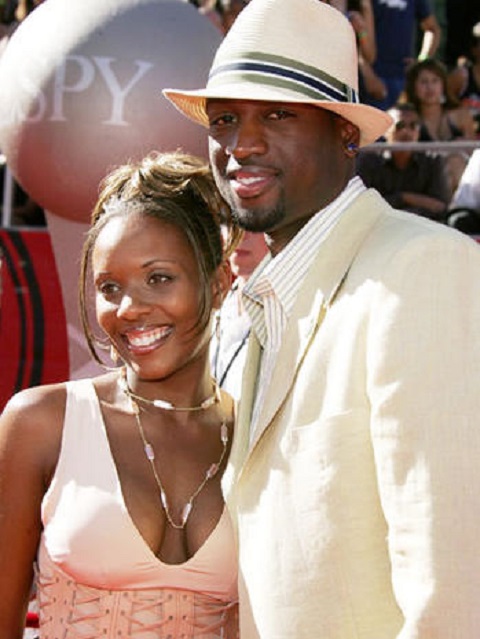 However, the relationship did not sustain as long as disputes and conflicts aroused between the couple. The main reason is cited to be Dwyane’s extramarital relations. At the time, he was in relation with famous American singer Kelly Rowland and was also rumored to be in relation with Vanessa Simmons.

Wade and Funches got divorced in 2010. The following years, he was granted sole custody of his two sons with Funches.

Before his divorce, he was dating actress Gabrielle Union.  According to the source, the two began dating since October 2009. However, Dwyane states that the two were briefly separated due to career demands. 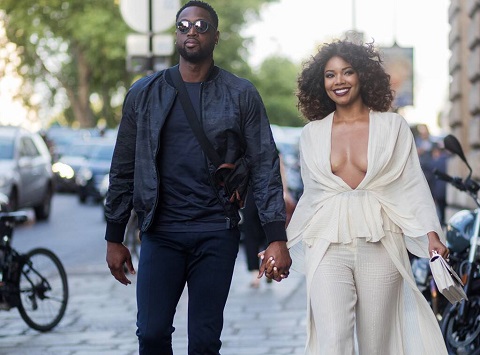 During that time he started a romantic relationship with his longtime friend Aja Metoyer from which they have a son named Xavier Zechariah Wade, born in November 2013.

Dwyane and Gabrielle later reunited and got married on 30th August 2014. In 2018, the duo welcomed their first child, Kaavia James Union Wade. They are currently living very happily and there is no dispute in the relationship with his wife and him.

When he was just four years old, his mother and father got separated. Then after, he was raised by his mother with his older sister Tragil in their grandmother’s home. As a child, both the kids had witnessed the financial crisis in the family and often police raids, bullets, needles dead bodies as his mother was involved in drug-related activities for which she got sentenced to jail for several times.

He thanks his older sister as he believes she was the one to steer him in the proper direction. As he was raised in the Chicago area, he was a fan of Chicago Bulls star Michael Jordan since his childhood and became interested in Basketball.

Dwyane attended Harold L. High School, where he quickly found success as a wide receiver on the football team, but he needed to work extremely hard to earn playing time on the varsity basketball team during his junior year.

Upon graduation, Wade enrolled at Marquette University in Milwaukee, Wisconsin. Initially, in his freshman year, Dwyane was ineligible to play with the men’s team due to his poor academic grades.

However, he sought tuition and improved his skills to regain eligibility. When he became eligible, he played for the University’s team leading the team to the Final Four which was the college’s first appearance after winning the 1977 National Championship. He was named to All-American First Team by Associated Press. He continuously began to give his best in the games and during the Midwest Regional Final of 2003 NCAA Tournament, he got highly publicized by the national press.

In the 2003 NBA Draft, Dwayne Wade was picked 5th overall in the 2003 NBA draft by the Miami Heat. Though he was promptly emerged as a productive player on a team, in the end, however, Wade's successful rookie season was somewhat overshadowed by the success of fellow rookies Carmelo Anthony and LeBron James.

In July 2016, Wade signed a two-year deal worth approximately $47 million to his hometown team, the Chicago Bulls. in Chicago, Wade teamed-up with Jimmy Butler and Rajon Rondo with the trio being named the Three  Alphas. The chemistry of the team, which was one of the biggest question marks for the Bulls all season, was strong over the first two games but dwindled over the final four games after Rondo missed all four with an injury.

Wade signed with the Cleveland Cavaliers on 27th September 2017.

In 2018, Wade was traded back to the Miami Heat in exchange for a protected 2024 2nd- round draft select. In the off-season, he revealed his intentions to retire after the 2018-19 season, signing a one final season on 18th September.