Nairo Alexander Quintana Rojas aka "El Condor de Los Andes" is a Colombian Racing Cyclist who works for the UCI ProTeam Arkea-Samsic. He is known for his Steep climbing skills who launch sustained and repeated attacks on Steep slope. He also has a decent time on trials making him a perfect contender for racing.

Alexander was born on 4 February 1990 under the star sign Aquarius. He was born alongside four other siblings on Combita, Boyaca, Colombia. He comes from a farming background. His father, Luis Quintana, spent 300,000 Colombian pesos (£71.91) on a racing bike to let Nairo participate in racing. His mother is Eloisa Rojas. His brother and sisters are Dayer Quintana, Nelly Quintana, Lady Quintana, and William Quintana. Dayer is also a professional cyclist who rode for Movistar.

Nairo Quintana Net Worth in 2020: What is his salary on Team Arkea-Samsic?

The Colombian native started his career in the cycling world from a very small age and has been one of the greatest names in Colombia since racing in the professional league. His reported income in 2018 was £2 million euros which were paid by Movistar, according to the reports from Brujulabike.

The contract with the Movistar ended in 2019 and he signed another contract with Arkea-Samsic for 2020. The Tour de France winner is said to be trusted with the team's management and not being able to win Grand tour since 2016. Not only Quintana but the Grand Tour Specialist Mikel Landa would also be moving to Bahrain-Merida earlier that year. Quintana will also be joined by his brother Dayer Quintana in 2020. 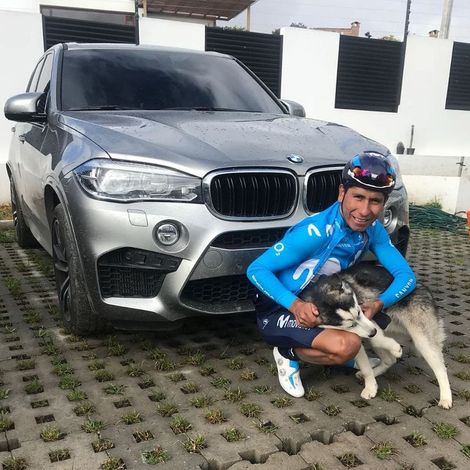 Although the contract details haven't been revealed in any media, Quintana, one of the best riders in the world, he will be earning a amount similar to his previous contract of £2 million euros.

In addition to his contracts, he also receives sponsorship deals and endorsement deals that add a certain value to his net worth. Throughout his career, he has managed to accumulate an astounding net worth of £5 million euros.

With all of his fortune, he has been living a lavish and wonderful life with his family.

Nairo Quintana Wife; Who is the wife of the Colombian Cyclist?

The 5' 5'' tall in height is married to Yeimi Paola Hernandez who is working as an Administrator in Colombia. She was a student at the Pedagogical and Technological University of Colombia who graduated in 2013. 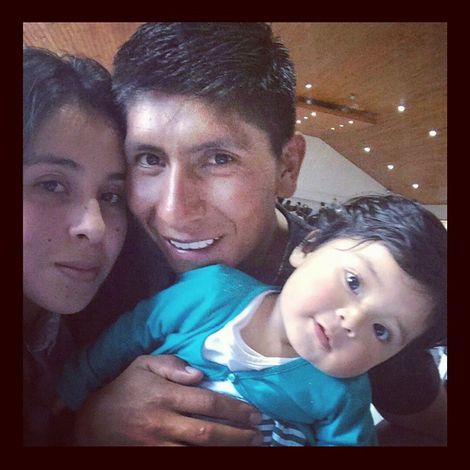 Although the details regarding their marriage aren't revealed in any media, we do know that the couple is blessed with a beautiful daughter, Mariana Quintana who was born on February 2014 who is turning six this year.

The son of Luis Quintana rides a Canyon's Ultimate CF SLX, an all-rounder. The bike has special features such as Campagnolo Super Record groupset all around, including rim brakes, and the wheels are Campy’s 35mm Bora Ultra model. 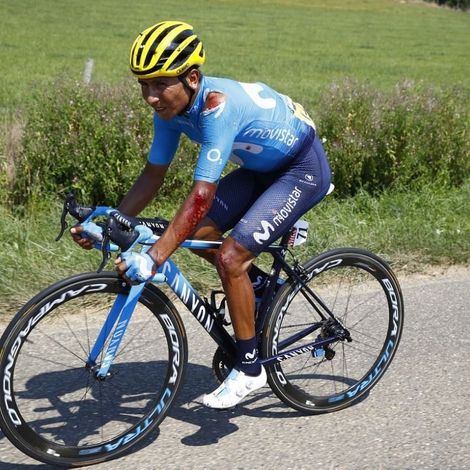 Moreover, the bike is lightweight and responsive yet accommodates 32mm tires for epic rides. In addition to his bike, his other gears include Garmin Edge 830, Oakley EVZero Stride, and Fi'zi:k Infinito R1.

For a professional cyclist, his weight is an important factor in races and does everything to manage his weight. Geraint Thomas is very conscious of his weight as well. 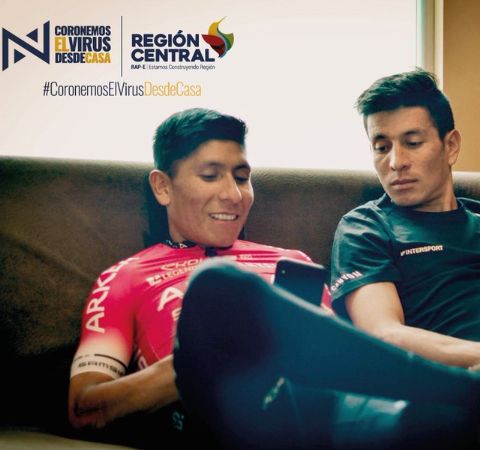 The message translates to winning the virus by staying at home with your loved ones and spending quality time with them.