Geraint Howell Thomas is a Welsh Professional Racing Cyclist. He currently rides for the UCI WorldTeam (Team Ineos), Wales and Great Britain, competes on both track and road. He attended Whitchurch High School. Throughout his career, he has achieved some great feats and has won many titles in his career.

Howell was born on 25 May 1986 under the star sign Gemini. He was born in Cardiff, Wales and currently resides in Glitzy Monaco with his family.

Geraint Howell Net Worth in 2020: How much does a racing cyclist earn?

Geraint Howell, 33, is earning more than most pro league footballer in the Premier League by signing his new contract with Team Sky in 2018. He agreed on a three-year deal worth £10.5 million. The Wales native will be earning £67,300 a week, making him one of the highest-earning sports stars. Nairo Quintana, a Colombian cyclist, has an annual salary of €2 million euros.

The winner's prize in the Tour de France is £445,000 which he won multiple times as well. He has won various titles in his racing career and has also been appointed as the Officer of the Order of the British Empire (OBE) in the 2019 New Year honors for service to cycling.

In addition to his cash prizes from the tournament, he also receives sponsorship from various companies. He is partnered with Team INEOS, fi'zi:k, Zwift, Continental, BRAINS, and ROCKET sports. 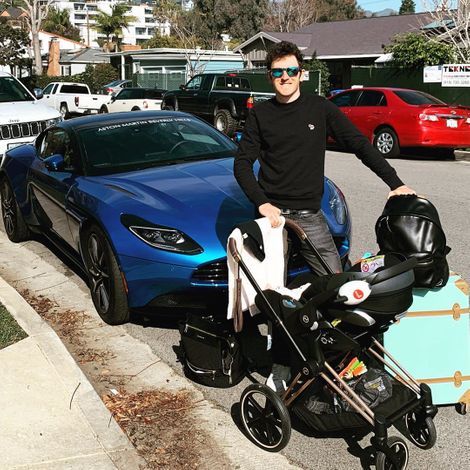 As racing is a part of his life, Thomas also loves his cars, he is seen riding different cars such as Aston Martins, Range Rover and many more thanks to his partners and sponsors.

With all of his career earnings and sponsorship deals, his net worth comes to a whopping $20 million U.S. dollars. With all of his earnings, he is certainly living a lavish lifestyle with his wife and children.

Geraint Thomas Wife: How old is the baby of Thomas?

The 6' 0'' tall is married to the beautiful Sara Elen Thomas, who met her husband through a mutual friend. The couple got married in their own venue at St Tewdeics House, near Chepstow, which they renovated for their wedding in 2015. They exchanged their vows on 3 October 2015.

The couple welcomed another Thomas into their family on September 2019. He is currently a year old. Welcoming their child, Thomas shared a post on his Instagram account. 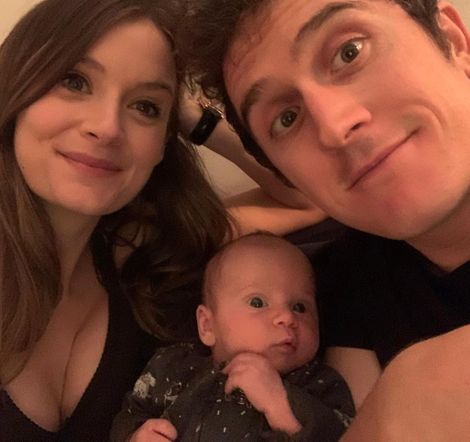 Geraint Thomas with his wife and child SOURCE: [email protected]

"Yesterday was our 4 year wedding anniversary and earlier this week we welcomed another Thomas into the family???? Sa and our little boy doing great. #ifcarlsbergdidweeks"

The 71 Kg appeared in a Television documentary called Geraint Thomas: The Road will Decide which aired on BBC1 Wales on Thursday night on December 2019.

The Documentary featured his daily activities and how he prepares for his race, how he has to burn 5000 calories a day, and how superstitious he is. The documentary also included his wife's response to the big tours such as Tour de France and ho it has affected her. Overall, the show featured a small fraction of his life and how he does things.