Francisco Guillermo Memo Ochoa, professionally known as Memo Ochoa, is a world-renowned footballer from Mexico competing in the Liga Mx side as a goalkeeper for the six-time Copa Mexico Champions Club America. Moreover, he is also a crucial member of the Mexico National Football Team. The player has been representing Mexico since 2004. Ochoa has clinched five CONCACAF gold medals with his national team.

Moreover, before Club America, he played in several leagues with top-tier football clubs such as San Luis, Ajaccio, Malaga, Granada, and Standard Liege. He rose to fame in the 2018 FIFA World Cup when he stunned every football fan with his extraordinary goalkeeping skills in a match against Brazil. Notably, Memo is one of the most talented, proficient goalkeepers that Mexico has ever got in their era. He is a legend. The Mexican international is known for his leadership, confidence, and game vision.

Insight On His Physical Appearance (Height And Weight)

World-class Mexican goalie Memo Ochoa is a footballer measuring his height at 6 feet 1 inch or 1.85m. More, He weighs around 78 kg. Like Football Goat Cristiano Ronaldo, Memo is also very conscious of his health and body form. Despite his age, he still delivers world-class performance to his team. All thanks to his dedication and workaholic nature. Additionally, he has elongated body structures with a wheatish skin tone and long curly hair.

How Much Does Club America Pay To Memo Ochoa? Know His Annual Wages And Net Worth

Francisco Guillermo Memo Ochoa, aka Memo Ochoa, is one of the wealthiest Mexican soccer players of the time. Also, he is the world's most respected and famous Mexican goalkeeper. Football is his primary source, and he adds massive riches to his net worth. Notably, the Mexican nationality has played professionally for more than 18 years so we can guess his economic condition. By Salary Sport, he is the highest paid athlete at the club America, with annual pay of £3,432,000 and weekly of £66,000. 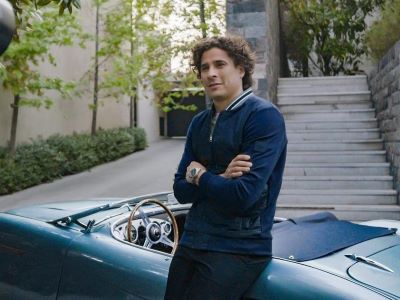 Previously at Malaga, the goalie whopped a staggering wage of £2,275,000 per annum. All credit to his hard work and utter discipline, he maintains a pretty high standard lifestyle. As of 2022, his reported net is around $15 Million, including all his assets. Also, he credits his bank balance via sponsors, endorsement deals, and companies. Furthermore, he is valued at €1.20 Million in the transfer market, and €8 Million is his all-time highest worth. PROMANAGE is the agent that handles all his soccer activities.

His involvement with various endorsement brands and companies also significantly expands his net worth astronomically. To your knowledge, Ochoa is Nike Spotperson that often promotes its product. More, he is also sponsored by perfume and beverage as well. 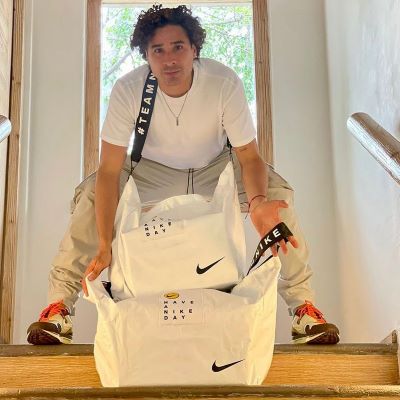 Perfumeries, Vick Mexico, Gran Cenetanria Tequila, etc., are some of his sponsorship that pays him satisfyingly for his role. Furthermore, he also holds a considerable of shares of the Mexican Unirocrm Kavak.

When Did He Marry His Wife, Karla Mora? Children Name Revealed

Former Malaga goalkeeper Memo Ochoa, 37, is a happily married guy. He is the caring husband of his beautiful wife, Kalra Mora, a famous fashion model. Before tying their permanent marital knot, the couple date for eight years. The couple's love story started back in 2009. Since then, they have been together. They had a wild reception party in Ibiza, Spain, where numerous footballers and celebrities were also in attendance. Enjoying his vacation days with his family  SOURCE: Instagram

Besides being his wife, Karla is the mother to his two children. They welcomed their first daughter, Lucciana, on February 8, 2013, a son on April 1, 2015, and their second daughter in May 2019. Before marrying Karla, he dated Mexican actress, singer, and songwriter Dulce Maria. However, their relationship ended after a year of dating.

Review On His Soccer Stats

2019 CONCACAF Gold Cup Champion Memo Ochoa began his footballing life with the Mexican football club America. He was just 18 years old when he started his professional career. Ochoa made his Club America debut, replacing the goalie Adolfo Rios in the Clausura 2004. For America, the 37-year-old player spent seven years of his career appearing in 239 matches. After the release, he joined the French club Ajaccio on July 4, 2011, agreeing o a significant three-year deal with an additional one-year option.

Reportedly, his debut for Ajaccio came on August 5, 2011, against Toulouse. Likewise, the professional joined Malaga in 2014 and Granada on loan in 2016. In 2-17, he assured to join Standard Lige for two years. Playing 78 league games for the team, he joined his former Club America on August 5, 2019. So far, after returning to the club, he has made a total appearance of 118 matches. Talking about his international career, Gullermo Memo Ochoa is one of the paramount parts of his national team. He has contributed to his nation winning several titles. He has re[resenetdMexico in several international competitions, including the Olympics and World Cup. He made his international debut against Hungary on December 14, 20005, at age 20. Most notably, the 2022 FIFA World is his fourth world cup appearance. His terrific goalkeeping skills in the World Cup have made his Mexico known worldwide.

Memo Ochoa was born on July 13, 1985, in Guadalajara, Mexico. He is 37 years old now. His full name is Francisco Guillermo Ochoa Magana, and his zodiac sign is Cancer. The goalkeeper was born to Mexican parents, Guillermo Ochoa Sanchez and Natalia Magana Oronzo. Moreover, alongside him, he has a sister whose name is Ana Laura Ochoa Magana. All of his family members practice the Christian religion.