Josh Lambo born by his name Joshua Gregory “Josh” Lambo is one of the renowned names in the world of sports. He is a professional player from the United States who served as an American football kicker for the San Diego Chargers of the National Football League. He was signed by the Chargers as an undrafted free agent in 2015.

Josh Lambo was born as Joshua Gregory “Josh” Lambo on 19 November 1990, in Lansing, Michigan, the United States. He is an American by his nationality and his ethnicity is white. His birth sign is Scorpio.

He possesses the perfect height of 6 feet and his build-up weight is 216 lbs.

Josh Lambo's Net Worth and Salary

Josh Lambo has an estimated net worth of $2.3 million in 2019, including all of his properties and earnings. Currently, he is under a 4-year deal worth $15.5 million with $6.5 million in full guarantees and earns $2.08 million as annual salary in 2019.

Josh Lambi is married to Megan Lambo. The couple tied the knot in June 2018 in Maui is a beautiful wedding ceremony. The bride appeared in a white gown while Josh wore a blue suit with a white shirt and bowtie. 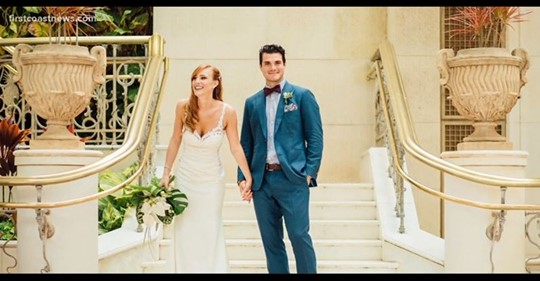 The bridal gown was designed by Debra's Bridal Shop.

Josh and Megan first met at a pool party BBQ in San Diego on a July 4th. The couple started dating soon after their first encounter. He proposed her for marriage on a rooftop after a charity event. 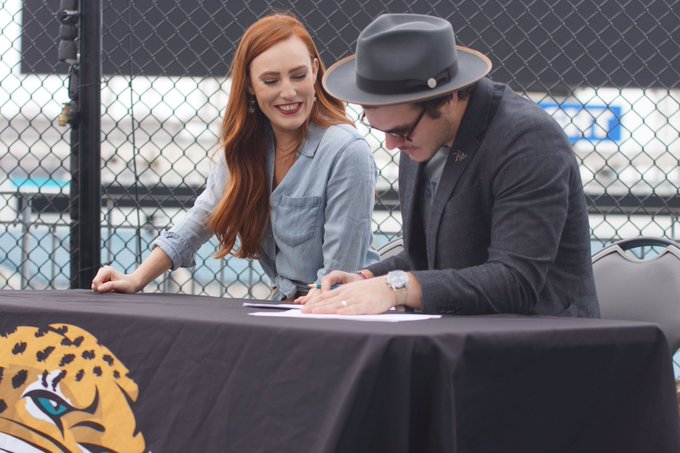 He is the son of Mark Lambo and Irene Lambo. He also has siblings and they are Nathan Lambo and Zach Lambo.

This splendid was born in Michigan but has moved with his family to Chicago, Illinois. He went to Middletown High School for his initial education, from his early phase of life, he was passionate about games and sports.  At the age of 15, he spent the summer training with Everton F.C. during their US tour in 2006 on the recommendation of US international Tim Howard.

He started his football career by associating with FC Dallas; he played in the MLS Reserve Division. He also made two appearances for the United States U-17national team. In the fall of 2012, he went to Texas A&M University for his higher education, he associate with the football team as a placekicker.

He has outstanding records throughout his college career. The year 2015 was incredible for her because he turned professional by associating with San Diego Chargers. He is one of the significant members of his team. He is a new man in his professional career and he has a successful future ahead.

Lambo made two appearances for the United States U-17 national team during the 2007 FIFA U-17 World Cup. He made his debut in the third and last group stage match against Belgium, playing the whole game and keeping a clean sheet against a side that fielded future Premier League players Eden Hazard and Christian Benteke.