Khoren Bayramyan is an Armenian descent associational football player signed to the Russian Premier League (RPL). Khoren primarily serves in the left midfielder position for FC Rostov based in Rostov-Oblast. But he also can play as the right midfielder or winger on either side. Moreover, he is also a member of the Armenian national football team and has played for the team since 2020. So far, he has recorded 12 international appearances for Armenia, with two goals in his name.

Khoren Bayramyan, the skilled and talented footballer, offers a talent that is quite periodic in the team. Undoubtedly, he has been a great part of his team, winning several cups and tournaments. Well, he was 17 years old when he professionally started playing football. Armenia international has been associated with numerous Russian top clubs such as FC Rostov, Rotor Volgograd, Volgar Astrakhan and Rubin Kazan.

Khoren Robertovich Bayramyan is his family name. But professionally, he is well known by the name Khoren Bayramyan. Khoren is a Koti, Armenia native born on 7 January 1992 under the Capricorn star sign. It was fortunate that Khoren's birth occurred in a family where everyone was fond of sports. At this time of writing, the FC Rostov midfielder is thirty years old. He is a versatile player who can use both feet equally. The ex-Rubin Kazan man measures its height at 5 feet 7 inches or 1.69m and weighs over 57kg. Despite being born in Armenia, Khoren also holds a Russian citizenship card. He is a dual nationality of Russia and Armenia, legally representing both nations on international platforms.

Nevertheless, the player still has not made his parent's identity transparent. So, it stays everyone's curiosity. Like him, most of his family members are Muslim by religion and practice its tradition rigidly. He is not the only son in the family. Along with him, he has a younger brother on his side. He is Levon Bayramyan( 24 years old), who is also a footballer by professional. Khoren has always been guiding him in his career steps. Meanwhile, Levon plays for FC SKA Rostov-on-Don as a midfielder. Both Bayramyan brothers are his each other staunchest backers and share a strong bond.

All his family members were huge football fans. Reportedly majority of his family members are into sports. At age 17, Khoren entered the football world, joining the FC Rostov youth system in 2009. As mentioned earlier, he was a very talented player. Hence, luckily his mastery was spotted by the senior team coach. So shortly after two years of his amateur career for Rostov, Khoren earned his promotion to the Rostov senior team in the 2011-12 season. Rostov youth system product Khoren was given jersey number 19 on the team. He joined the club, agreeing on a contract till 2013. There, he appeared in 136 league matches scoring nine goals. 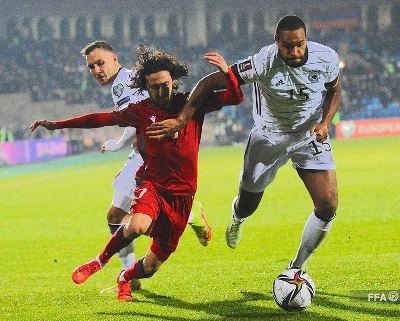 Late in the early days, FC Rostov decided to loan him to the third-tier Russian Football National League 2 club FC Rotor Volvogord for a season. He just played 13 matches with three goals. Similarly, the 30-year-old again got a loan to the Volgar Astrakhan in Russian First League for the season. Likewise, Khoren again moved to his former club Rostov in 2015 and played for three years. In his first year of return to the club, Khoren appeared in seven Russian league matches, one in Russian Cup, Europa League and the UEFA Champions League.

Also, he played for Rubin Kazan in the 2018-19 season. After ending his loan, he went back to FC Rostov. To date, he still represents FC Rostov in all formats of Football. Moreover, the athlete is a crucial player in the team. He spent seven years of his professional career just playing for the FC Rostov. His contract with the club expires on 30 June 2024.

Khoren, the right midfielder for FC Rostov, was a youth international for Russia. The dual citizenship cardholder initially appeared for the Russian at the U18 level in 2010. For the Russina Youth system, he appeared in just 16 games. Subsequently, he played at U19 and U 21 for the Russian youth system until 2012. Not to mention Football Federation of Armenia had an eye on him. So, they requested him to represent Aremina which he accepted. Finally, on 18 July 2020, the Armenian football federation announced it officially to the masses.  He made his debut for Armenia on 5 September 2020 in a UEFA Nation League clash against North Macedonia. Rostov, jersey number 19, made his total appearances of 12 for the Armenia national team, sending the ball two times behind the name. His consistent and universal performance has earned him a respectful spot in the Amrneai squad.

Khoren Robertovich Bayrayman is a family man. He is happily wedded to his beautiful spouse Asta Bayramyan, a doctor. The love birds are very frank about their love life with the public. They allow space for his fans to sneak it into their personal life via their social media handles. Both of them often share their quality time photos on their Instagram handles. However, the couple has not yet spoken about their wedding date so far. Thus it remains a mystery at the moment. 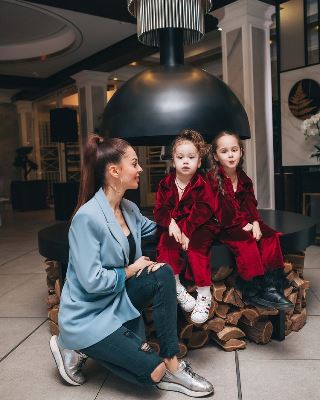 Following their pictures online, the duo seems very pleased and satisfied. Not only that, Khoren and Asta have a nuclear family. The couple is blessed with daughters who are below ten years. Most of his Instagram feeds are filled with their photos. Khoren is a very caring father. Presently, the couple is loving their parenthood moment to the fullest. Additionally, despite being from different professions, they have managed their professional and personal in balance.

Khoren's annual income and net worth

Khoren Bayramyan has appeared in the world's top leagues, including UEFA Champions League, Europa League and many more. Every player dreams of playing in those world's top leagues. Simply by observing this, we can specify what class of player he is. In addition, he has played in the Russian Premier League for a decade. Thus, it is confident that he has acquired a huge sum of money from his football career. As an FC Rostov player, Khoren receives a weekly wage of £4,000 and £2,08,000 yearly. For your information, with annual pay of £1,716,000, Bastos is named the highest-paid player on the team. 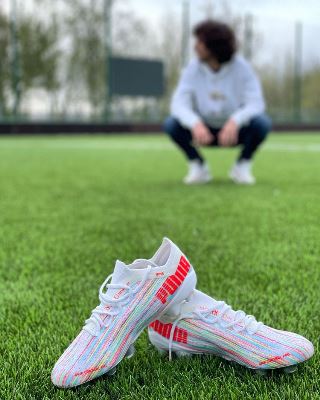 Per Transfermarkt, his market value is €1.80 million, and his career-best was €3 million.  According to the sources, the professional has an estimated net worth of around $5 million, including all his assets. Apart from football, he is linked with several top brands and endorsement deals. He is Puma's sportsperson. He advertises its product on his media outlets, and he gets paid for it in return. However, the money he earns from it is still elusive. Not only that, Puma facilitates him with their branded football boots, sneakers and jersey.

Khoren seems to be a regular media user. He utilizes his social media handles rationally. He has a verified Instagram account by the username @horik_bayramyan and has 31k followers. We can discover all his football-related updates there. Not only that, he operates it for media for advertisement for his sponsors and brands.

To read fascinating facts about your favorite players, explore Playerswiki.