Ben Brereton Diaz is a rising Chilean professional football player. He is currently playing at the professional level in the EFL Championship for Blackburn Rovers FC. Diaz turned professional in 2017 with Nottingham Forest. Ben plays as a Striker for his club and country.

Ben Brereton Diaz was born Benjamin Anthon Brereton on April 18, 1999, in Stoke-on-Trent. He is the son of Martin Brereton and Andrea Diaz. His father was an English policeman and a former amateur football player. Ben holds dual nationality and can represent England or Chile for the national matches. Diaz stands six feet and one inch tall and weighs 80 kg.

Ben Brereton has an estimated net worth of more than $2 Million. The player credits most of his net worth to his successful football career. Diaz must be making a handsome amount from his sponsorship and advertising deals. As per sources, Ben receives an annual salary of £338,000 while representing Rovers in the EFL Championship. Daniel Ayala is the highest-paid player for the club with a basic salary of £884,000. 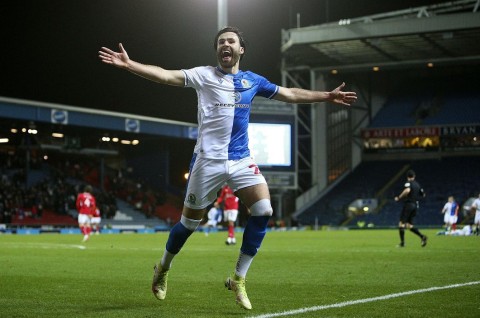 Ben celebrates after scoring a goal with the Rovers SOURCE: [email protected]

In December 2021, There was a rumor that the English Premier League club Brighton was very close to signing Ben for a transfer fee of £20million. He has been in a red hot form for the Rover in the ongoing season. In January 2022, Spanish club Sevilla tried to sign him for the upcoming season. He is very early in his career and will be making millions in the future.

Ben is very open about his relationship status. The Football player is dating his longtime girlfriend, Kimberley Abbott. The duo has been dating each other for more than four years. Nothing much about their first meeting experience is shared with the public. Diaz first shared a photo of the couple in late 2020. 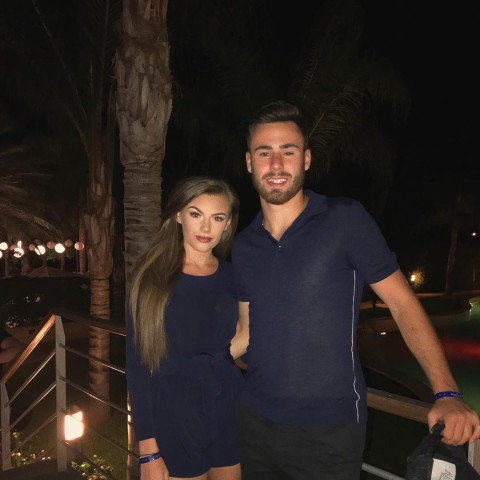 Kimberley is a model and is trying to get a breakthrough in her career. Both of them keep sharing each other's photos in their timelines regularly. Although, It's been a long time since their formal relationship, They are yet to get engaged or tie their wedding knot.

Ben started training with Manchester United's youth academy in his hometown. The player represented the club in numerous divisions and moved to Stoke City's youth academy in 2013. In 2015, Diaz moved to Nottingham Forest and signed his first major contract. He made his professional debut in 2017 with Forest.

Ben signed a two-year contract with the club. He appeared in fifty-three games for the club and scored eight goals. He even spent his 2018/19 season with Blackburn on a loan season. The player had a decent time with the club and signed a permanent contract with Rovers in early 2019. Since joining the club in 2019 for a reported fee of £7m, Diaz has appeared in 109 games and scored twenty-nine goals for the club.