Feras Shelbaieh is a well-Fknown Jordanian professional football player. He is currently playing in the Jordanian football league, Al-Wehdat Football Club. Feras plays as a Right back for his club and country. Shelbaieh turned professional in 2013 with Al-Wehdat. Feras has represented Jordan on numerous levels.

Feras Shelbaieh was born Feras Zeyad Yousef Shelbaieh on November 27, 1993, in Amman, Jordan. He has successfully kept his early life and his parents under the spotlight. Talking about his physical appearance, Feras stands five feet and seven inches tall and weighs 72 kg. 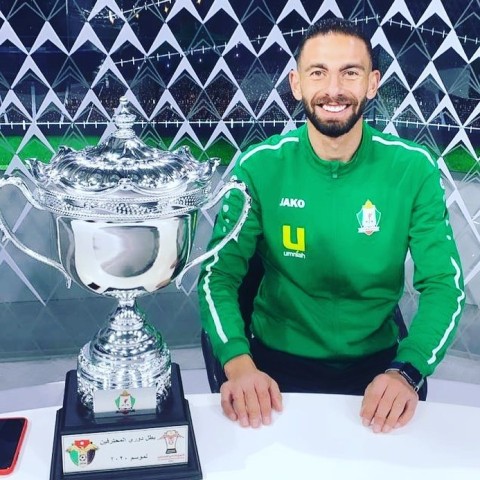 Shelbaieh struggled to get into the senior team in his early days. He had a difficult season in his first year and became a regular player in the second season. In his three seasons with the club, The player appeared in more than fifty matches. After his contract expired in early 2016, Feras did not extend his contract instead, He moved to Al-Jazeera and signed a three-year contract.

Shelbaieh had a good season with the club and appeared in more than fifty games in the next three seasons. At the end of contract, The club tried to extend his contract but He moved back to his former club Al-Wehdat and signed a major contract. Fares has been playing with the club as a major player. His appearance has decreased lately.

Feras been playing with Jordan International team since 2016. He has represnted his international team in numerous diviosns. The player earned his first major call for U19 team in 2012. Shelbaieh appeared in two games for the club and then represented U23 team in 2015. After playing with the divisions for three games the following year, He earned his senior team call. Until 2022, Feras has appeared in fifteen games for the Jordan National team.

Feras is an active social media user. His timeline is filled with photos of his games, trainings and friends. However, The Jordanian professional football player has not sahred a word about his relationship status and girlriend. Shelbaieh could be single, dating or even married to his wife. Feras likes to visit to famous holiday destinations in the middle east in his free times.

Feras Shelbaieh has an estimated net worth of more than $1 Million. The player has earned most of his net worth through his successful football career. Feras must be making a handsome amount from his sponsorship and advertising deals. He is one of the most experienced player in the club and making a reasonable amount.