Recently, in October 2021, Mary lost her IBF female light welterweight title after losing the fight with Chantelle Cameron in The 01 Arena, London. She has been holding that title since 2019 when she defeated her rival Ana Laura Esteche by TKO. Throughout her career, Mary has has 32 fights in which she has won 27 and lost 4 matches. She has won 15 fights by knockout and 12 fights by decision.

Who is Mary McGee? (Bio and Family)

Mary McGee was born on September 25, 1986, in Gary, Indiana, the U.S. and her instance is Orthodox. She currently fights in the super-light welterweight division. She is training under manager and agent Brian Cohen. 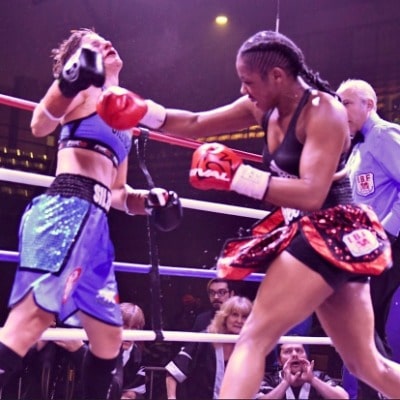 The former IBF female light welterweight title winner does not come from a well-reputed family so information about her father and mother is still under the radar. The boxer also rarely mentions her parents.

Mary McGee has a height of 5 feet 6 inches(168 cm) and reaches up to 183 cm. She weighs around 63 kg making her eligible to fight in the super lightweight division.

Nicknamed Merciless, she made her debut in professional boxing against Jasmine Davis at the Radisson Hotel at Star Plaza Theatre in Merrillville, Indiana. She won her first fight by unanimous decision.

McGee's Net worth, Career earnings and Salary from boxing

Mary McGee's net worth is estimated to be around $100,000 approximately. Her main source of income is from boxing which also includes bonuses and incentives from fighting and winning the fights. 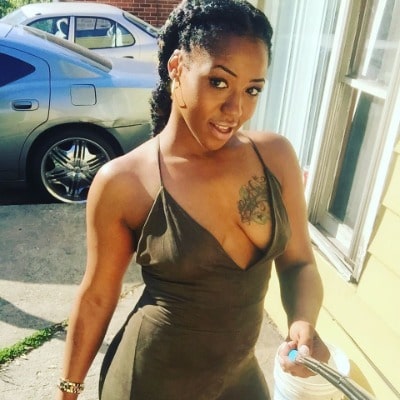 In the boxing world too, like most sports, female boxers are paid less than the average male fighter. According to sources, the starting boxers are paid only $200 – 400 per fight even at a professional level. But as the winning records and fame increase, their salary is also increased accordingly.

Who is Mary McGee dating? What about her relationship status?

While navigating through Mary McGee's social media and public talks, we couldn't find any record of her having relationship and affairs with any of her partners. It seems the female boxer is very private about her dating life.

The former NABC Female lightweight title winner is barely seen with any guy in public and has never mentioned her love life on social media. She loves her love life behind the media and public reach.\

Read about: Chantelle Cameron's Relationship Status; Is she Married? 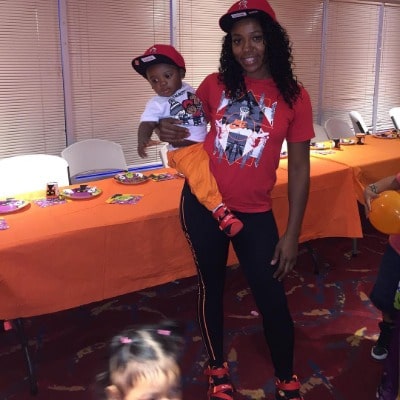 Read about:- Is Eric Molina Married?

But she frequently shares her son's pictures on her Instagram whose birthday is just one day behind McGee's birthday that is on September 26.

But it is not clear with whom she has had her baby. You can see more information about her boxing life and private life on her Instagram @marymcgee_champion