Chantelle Cameron is a professional female boxer from the United Kingdom who has been fighting in different divisions of boxing since 2017. She is currently a 2 weight world champion. She has been holding the WBC female light-welterweight title since 2020 after defeating Adriana Araujo from Brazil by unanimous decision. 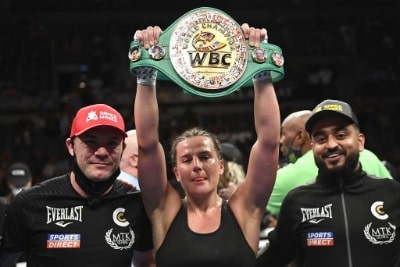 Chantelle Anna Cameron was born on May 14, 1991, in Northampton, England. Her instance is Orthodox and currently fights in the super-light welterweight division. She is also nicknamed Il Capo and has been training under Jamie Moore in MTK Global. She started her career from kickboxing at the age of 8 but later switched to boxing at the age of 18. Her real interest came after watching films starring Jean-Claude Van Damme and the television program Buffy the Vampire Slayer. She also said that Buffy was her female role model.

Chantelle Cameron's has a height of 5 feet 6 inches and reaches up to 175 cm. She maintains her weight at around 63 kg making her eligible to fight in the super lightweight division.

How much is the Net worth of Chantelle

Chantelle Cameron has an estimated net worth of $100,000 approximately. As the female boxer has never revealed her monetary value, so it is hard to confirm how much she has earned throughout her career. 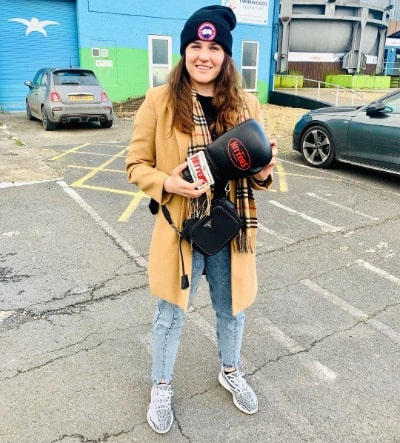 As a female boxer is paid significantly less than a male boxer, her earnings are also supposedly less. According to fightnomads, the median fighters earn around $51,000 per year.

But the salary of starting boxers is significantly less, earning just only $200 – 400 per fight. It all depends upon the fame, weight class, sponsors, and most significantly fighting records.

The British boxer Chantelle Cameron is very successful in keeping her relationship status out of the public and media reach. It seems she prefers her love life behind the camera. She has never revealed her relationship status and dating life on her social media. But she frequently posts photos about her achievements, loved ones, family and relatives, and partners from her training. 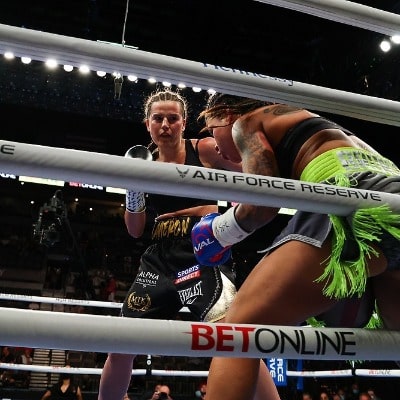 Or it may be the first The Ring Magazine women's super-lightweight champ is focusing on her career to win more titles and training hard to be the best.