Turned professional in 2007, Eric Molina has compiled a professional record of 27-7-0 with various titles. No doubt, the majority of the money he makes comes from competing in the ring. Though Eric has not revealed his income for boxing, he is believed to earn no less than a five-digit figure per fight.

Besides, there are also sponsorship and endorsement deals. As of 2021, Molina's net worth is $0.5 million.

Boxer Molina is a married man. He tied the knot with his wife in March 2012.

He does not share much of his personal stuff on IG But, on 11th March 2019, he shared his wedding picture for the first time on the occasion of his 7th wedding anniversary. 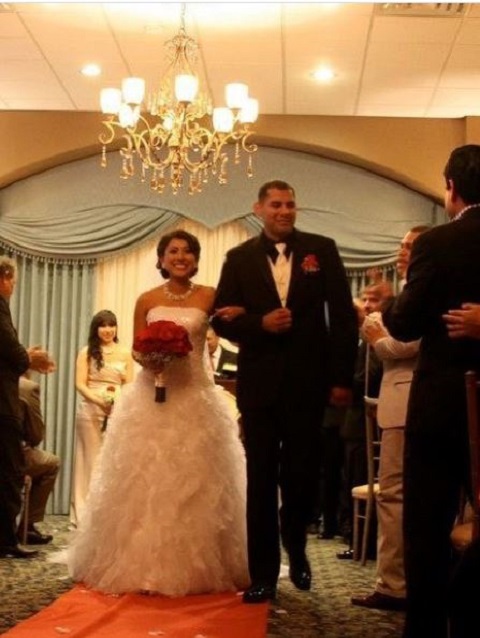 He wrote, "7 years ago today.... wow! Life sure passes by in a blink of an eye. What can I say about these past 7 years? Life and marriage is ever changing with good times and bad, it’s ups and downs. All we can do is live and learn everyday through new life experiences. Thank you for always giving me a chance to love, live, learn and bounce back by your side. Cheers to 7 years and to many more. Love you."

Eric Molina made his professional career debut on 17th March 2007, fighting against Ashanti Jordan at Mandalay Bay Events Center, Paradise, Nevada. He was knocked out in round one.

Rebounding from loss, he made his comeback later three months on 22nd June where he defeated Tim Harris. That year, he has three more wins against Ras Thompson, Brad Bowers, and Robbie McClimans.

He began in 2008, fighting against Isaac Ruiz at Municipal Auditorium, Harlingen, Texas on 28th March. He won the fight via TKO.

On 10th September 2009, he won the WBC Latino cruiserweight title in a fight against Gabriel Holguin. On 18th June 2010, he successfully defended the title over Chris Thoms.

On 18th February 2012, he faced Chris Arreola to defend WBC–USNBC heavyweight title. Molina lost the fight via KO in round one.

On 13th June 2015, Molina faced Deontay Wilder. He was knocked out by Wilder in round nine.
On 2nd April 2016, Molina won the vacant IBF Inter-Continental heavyweight title against Tomasz Adamek.

On 10th December 2016, he challenged Anthony Joshua for IBF heavyweight title. He lost the via TKO.

On 7th December 2019, he faced Filip Hrgovic for WBC International heavyweight title but unfortunately got defeated via KO.