Mario Barrios is an American professional boxer who has held the WBA (regular) super lightweight title since 2019. As of June 2021, his fight record stands 26 wins out of 26 duels. He is currently ranked as the world's seventh-best active super lightweight by The Ring.

Barrios defeated Moreno at 1:39 of round one via decision, technical knockout. Four months later, he had his second career victory besting Manuel Rubalcava with their fight going all the way till the fourth round. He next fought against Lyonell Kelly at Pala Casino Resort and Spa, Pala, California on March 7, 2014.

El Azteca won the fight through result, unanimous decision after the completion of round four. On May 10, 2014, he defeated Jaxel Marrero again via majority votes. 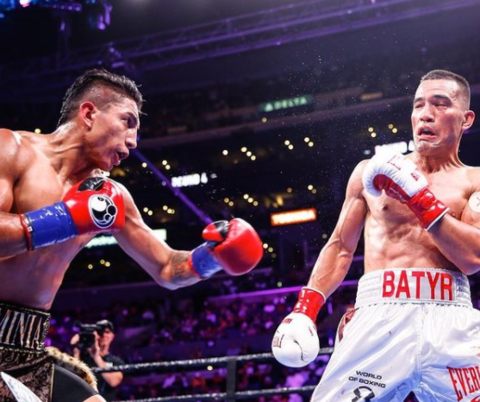 <p">Not long after, he triumphed in a match against Salvador Perez whom he defeated at 2:18 of the first stage through a knockout. In the fight that followed, he trounced Abraham Rubio again via a decision knockout at 0:53 of the first round.

After that, he went to extend his fight record to seven continuous wins defeating Juan Sandoval on November 20, 2014. In 2015, Barrios had seven fights and was victorious in all of them, three of which were decided via knockout, two with a unanimous decision while each of the rest two were declared through a technical knockout.

In 2016, the Californian had only two matches both of which he won via knockout verdict. In 2017, he respectively competed against Yardley Armenta Cruz, Jose Luis Rodriguez, and Naim Nelson. Defeating all three of them, he took his win tally to 20 out of 20 combats. He overcame his next opponent Eudy Bernardo before fighting for his first title against Jose Roman. The win over Roman gave Barrios the vacant WBA intercontinental welterweight crown.

His next title fight was against Batyr Akhmedov for the vacant WBA (regular) super lightweight title. The five-foot-ten won the belt defeating Akhmedov via unanimous decision. He retained his title against Ryan Kart on October 31, 2020, and is now once again set to defend the honor on June 26, 2021, versus the challenger Gervonta Davis.

Barrios has made a phenomenal run in his boxing career with zero defeats over 26 fights. Some are already calling him the next Mayweather not only because of his continuous winning streak but also the money he's about to rake from the boxing business. While the reigning WBA super lightweight champion's net worth is still a matter of guesswork, one could easily say he's been taking considerable chunks of money for getting all those blows and punches.

Still, to best surmise a boxer's fortune, there are certain things to be understood beforehand. A rookie, in today's economy, has been known to make $4,000 per fight to $10,000; the median or the average takeaway. An average professional boxer has the potential to cash in anywhere between $22,000 and $37,000 per annum. The stat, however, seems to be a euphemism in the case of Barrios, someone who is yet to face his first defeat. Given, he might have been entitled to basic pay or even the minimal during the first ten or so fights of his career, but one could hardly argue his paying has been the same since then.

Espn in February 2019 reported Mario Barrios was set to receive a guaranteed amount of $75k for fighting Batyr Akhmedov. This can give reasonable credence to the saying the 26-year-old boxer has grossed in the vicinage of $1.5 million. That could in turn support the argument - his net worth is in the neighborhood of half a million dollars or even twofold of the amount.

Just after his fight against Juan Jose Velasco, Barrios introduced his Insta followers to Jaden. The yet-to-be-beaten boxer aired a picture of himself and her - snapped in front of a Disneyland, Los Angeles. Though, the athlete at the time didn't tell much of the story on what actually was going behind. 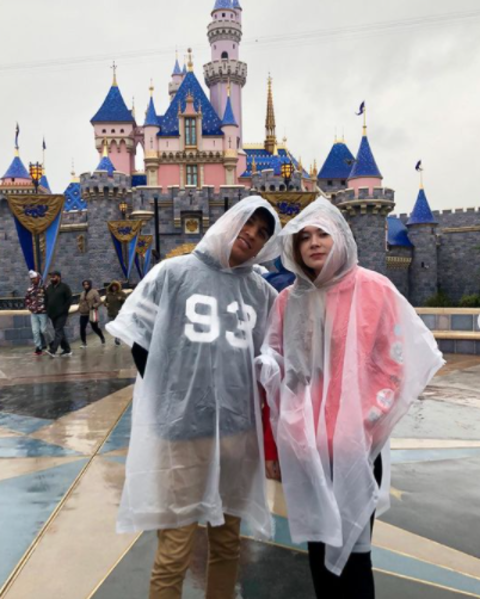 For what it's worth, the viewers could only perceive the imaging as just another of Barrios' Insta activity. However, on September 20, 2019, Jaden would once again make an appearance on the boxer's Insta, only this time, to be announced as Barrios' girlfriend.

Posing with the red-haired, he wrote, "Always appreciative of my girl for being one of the most solid people behind me and handling everything that comes with my career." The couple, as per Barrios himself started dating in November 2018.