Andy Ruiz Jr. is a Mexican-American professional boxer who is currently competing in the heavyweight championship division and is the WBA, IBF, WBO, and IBO heavyweight titles holder. Transnational Boxing Rankings Board and BoxRec ranked him as the world's best active heavyweight whereas No. 3rd by The Ring.

Andy is supposed to be fighting with the Heavyweight Champion Anthony Joshua on 2019, December 7. Does Andy Ruiz Jr. have a net worth in millions as of 2019? Are you curious enough to explore more about Andy's salary, career earnings, married life, and children?

Surely Andy Euiz Jr. has a net worth more than $5 million as he is one of the most reputed boxers and has won several fights. He is in his professional boxing career for a long time, so his career earnings are also quite incredible. In recent time, Ruiz's total career earnings are reported to be more than $8 million, which he made from boxing career.

His highest win amount was around £382,000 which he received after beating Devin Vargas on March 2018 which was surpassed by his bout against Anthony Joshua that earned him £5.36 million. Ruiz with his car SOURCE: https://www.thesun.co.uk

Apart from this, he will reportedly receive a sum of around £8 million for the rematch against Anthony Joshua, which might be held on December 2019. This amount will be the highest amount he receives throughout his career so far.

However, a source claimed that he is expecting more than £10 million for the rematch. In addition to his financial earnings, he also possesses a luxurious house and a nice car collection. His luxurious mansion is reported to be worth millions of dollars in recent time.

Is Andy Ruiz Jr. Married or Single? Know about his Spouse and Children

Andy Ruiz Jr. is a married man who lives with his wife and children in California in a luxurious house. Well, Andy got married to his girlfriend in a lavish wedding ceremony, and the ceremony was attended by his family members and friends.

There is not much found about his spouse as she is not as popular as her husband, Andy. Moreover, further details regarding Ruiz and his girlfriend marriage are still under review. He has shared photos of a boy and a girl on his official Instagram accounts. From his posts, it can be guessed that he has a son named Richie and a daughter, but the exact information is not revealed yet. 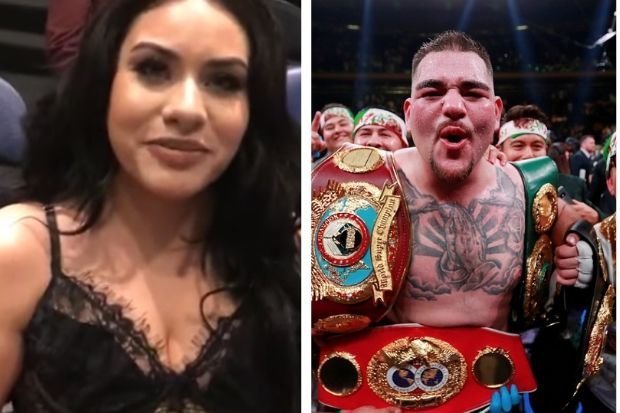 Andy and his wife SOURCE: https://www.dailystar.co.uk

In addition to this, he never shared details about his wife, which is why it is hard for us to explore facts about his wife. He is a career-focused man since he is on the verge of getting success, so he spends most of the time in his boxing practice. 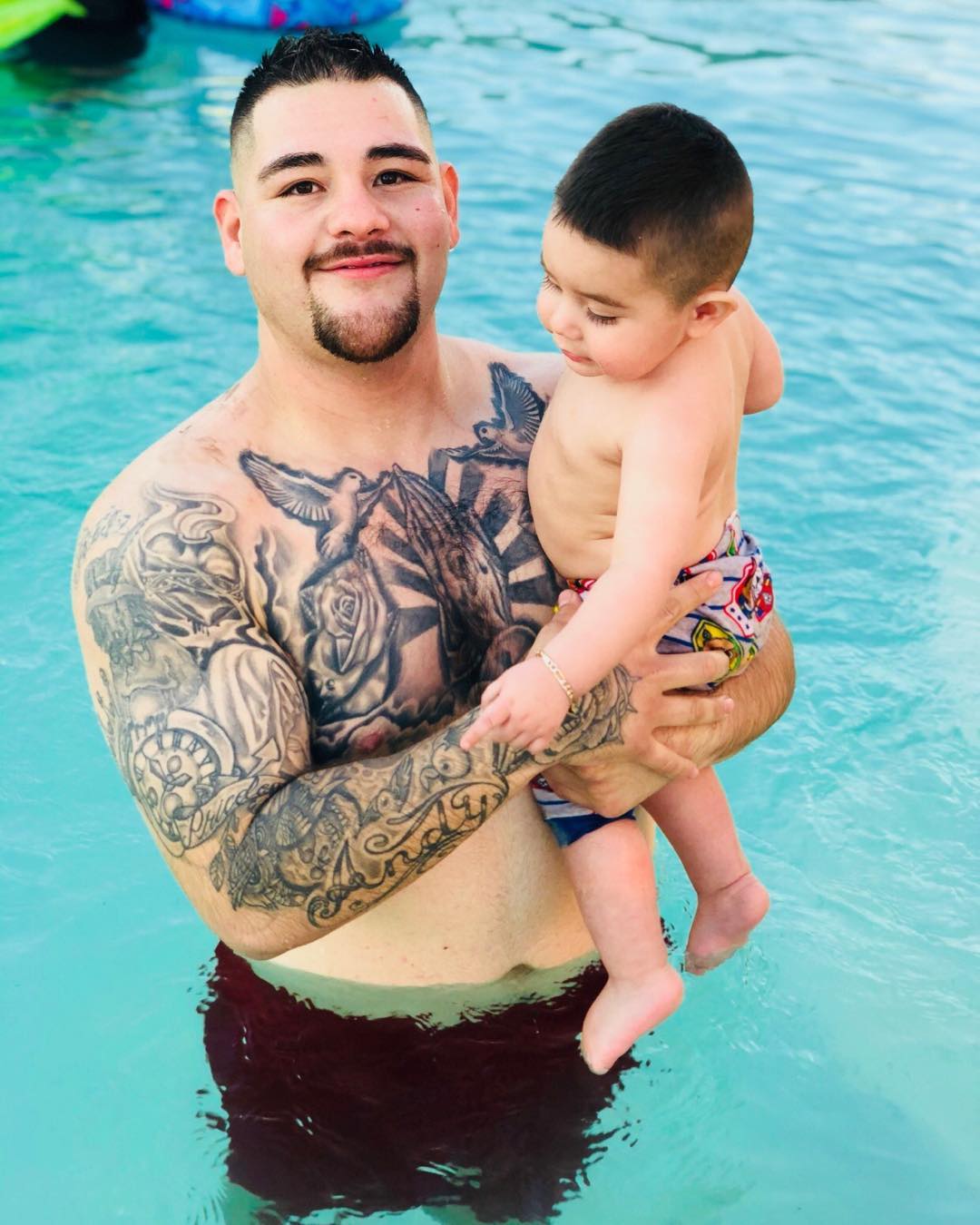 Andy is residing with his spouse and children in his California mansion, and they seem happy with each other. There are no signs of him involving in any extramarital affairs so far, which suggests that he is very much loyal to his wife.

Who is Andy Ruiz Jr.? His Childhood, Bio, Parents, and Early Life

Andy Ruiz Jr. was born as Andrés Ponce Ruiz Jr. on September 11, 1989, in Imperial, California, the United States to Mexican parents. Ruiz belongs to the white ethnicity, whereas his nationality is Mexican American. Ruiz was interested in boxing from his childhood. He completed his graduation in 2007 from the Imperial high school. 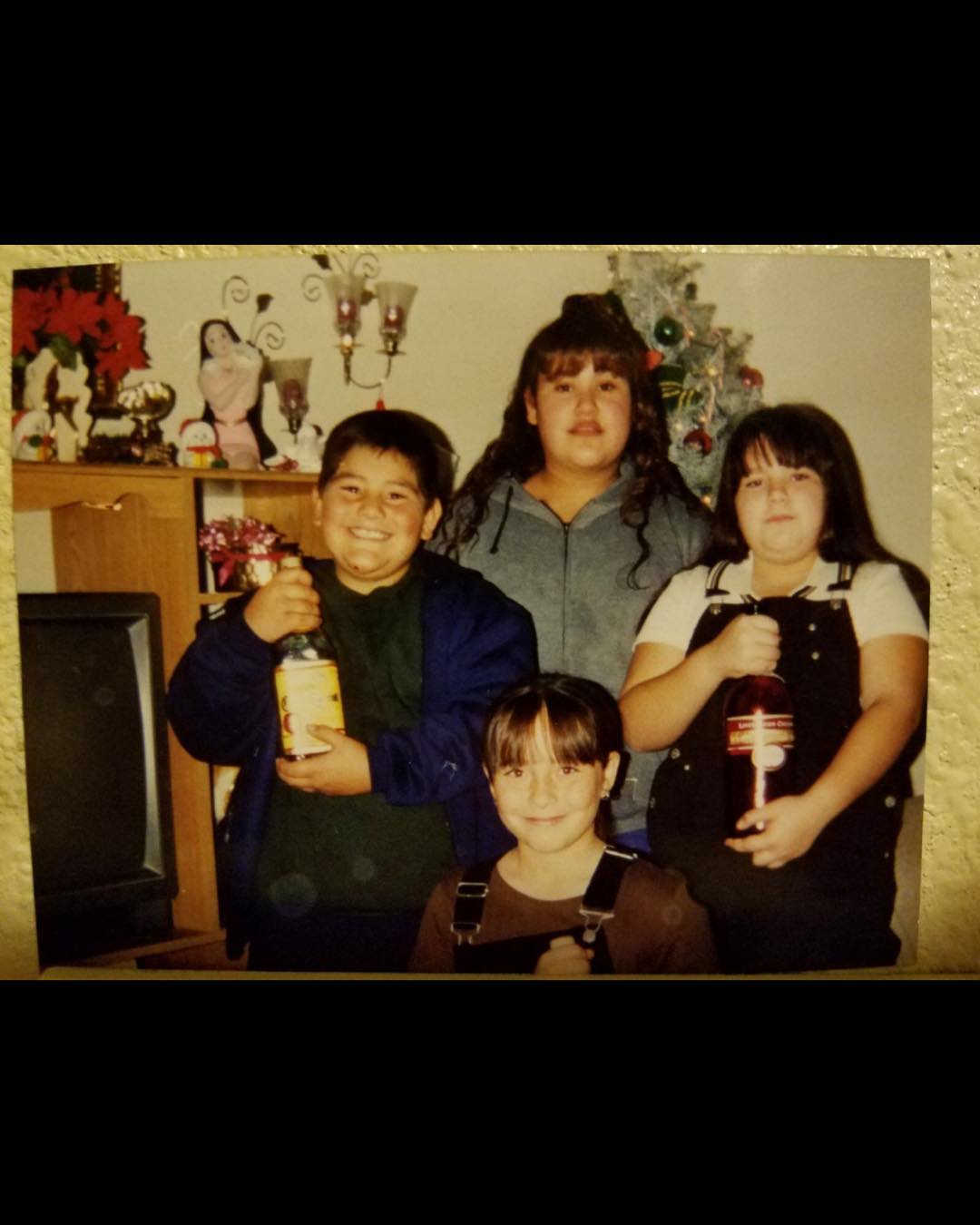 Andy with his siblings during his childhood days SOURCE: Instagram

His grandfather owned a gym in Mexicali, which helped him a lot to practice his boxing. He began practicing boxing with the gym members and mostly with the professional boxer who came there to exercise session.

Andy Ruiz Jr. is a professional Mexican American boxer who is currently competing in the heavyweight championship division. Transnational Boxing Rankings Board and BoxRec ranked him as the world's best active heavyweight whereas No. 3rd by The Ring.

Andy is supposed to be fighting with the Heavyweight Champion Anthony Joshua in an upcoming bout on 2019, December 7. During his career so far, he fought with some of the reputed figures of Boxing world including Andrei Arlovski.

Besides him, some of the other professional boxers are Keith Thurman, Juan Estrada, and Emanuel Navarrete. Biographies of other boxers are available at Playerswiki.com