Amanda Saccomanno popularly known as Mandy Rose is an American wrestler, tv personality and fitness competitor who is currently signed to WWE. Also the part of the TV reality show named Total Divas, Mandy competed on the WWE competition WWE Tough Enough and was placed second.

Mandy who is also active in Fitness Modeling won the World Bodybuilding Fitness & Fashion in 2014. Currently ranked 69 among the top 100 female wrestlers in the PWI Female 100 in 2018, has an estimated net worth around $3 million. If you want to know details regarding Mandy Rose relationship status and her salary and earnings just scroll down.

Is Mandy Rose Married? Who is she Dating currently? Other Persona Details

Mandy Rose is a beautiful and gorgeous lady who is also popular as the Golden Goddess. She is rumored to be dating her boyfriend Tino Sabbatelli since 2018. Many revealed her relationship with the fellow NXT wrestler in April 2018 on Lilian Garcia's Wrestlemania weekend podcast. 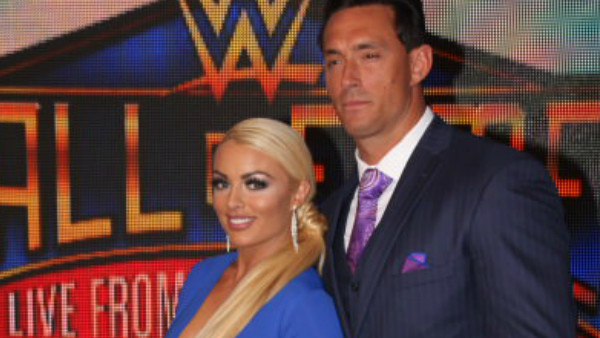 Earlier, Mandy was engaged to her boyfriend Michael Lubic. As per sources, Mandy and her fiancee had been together since 2010. Michael proposed his girlfriend Mandy in 2016 and soon after they got engaged and she even posted photos with a dazzling diamond ring. 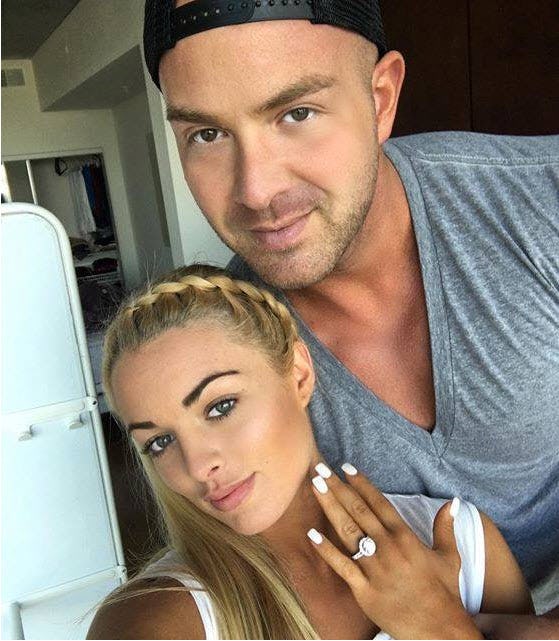 Mandy Rose mentioned that it was a very good feeling to get engaged with the person whom she loves but their relationship didn't go well since they separated their ways in around late 2017s.

Mandy's fans were expecting the couple to get married but before their official announcement, Rose and Michael removed their posts regarding her engagement. In addition to this, Michael is seen with another girl named Rosa nowadays who is supposed to be his new girlfriend. Just like Michael, Rosa is from Compton.

Since the couple hasn't officially announced their separation so we cannot confirm their relationship status but it can be guessed that they have broken up. Talking about her favorites and hobbies, she has mentioned that she loves French and Chinese dishes.

Her best friend is Mickie James and favorite footballers are Maradona and Ronaldinho. Besides, her favorite drinks is apple juice and flower is a white rose.

Mady Rose is a fitness competitor and also an attractive individual with a height of 1.63 meters (5 feet 4 inches) along with a weight of 140 lbs (60 kilograms). She is currently 28 years old.

Mandy Rose is one of the renowned names in the wrestling field and has been in her wrestling career for a long time so she is supposed to have made a decent amount of money. The exact figure of her career income is not yet disclosed but it is estimated that she might have made around $5 million so far.

Rose's net worth is estimated to be above $3 million as of 2019. Some of the websites claimed that Mandy has been receiving a sum of above $80,000 annually as her salary as of 2018 while the highest paid female wrestler Ronda Rousey earns $1.5 million in a year.

New whip ???????? Thanks to the Mercedes-Benz dealership in Maitland, Florida for really making my overall experience so awesome & easy! You guys are the best! ???? #C43Coupe #AMG #Mercedes #workhardplayhard

Mandy has more than 1.5 million followers on her official Instagram accounts so she is supposed to earn some extra sum of money from that since she has been promoting several brands. In addition to this, she has a nice car collection which includes Mercedes-Benz, Audi, Ferrari, etc.

Mandy Rose was born to parents Rich Saccomanno and Mary Saccomanno on July 18, 1991, in Westchester County, New York, U.S. She is American by nationality and belongs to the white ethnic group and has Irish-Italian ancestry. She had an awesome childhood with her three siblings.

She started high school in Yorktown High School and later attended the Lona College from where she majored in speech pathology.

Mandy Rose started her professional wrestling career in 2015 and was a fitness beauty pageant before that. She was the  Fashion Bikini Champion and 2014 World Beauty Fitness winner.

She began her career performing in the WWE competition called WWE Tough Enough and she signed a five-year contract with WWE. During her WWE career, she played against several respected players in WWE history including Alicia Fox, Sara Lee, Josh Bredi, and many more.

In addition to this, she also performed in RAW, Royal Rumble, Wrestlemania, and Smackdown. Prior to her wrestling career, she also took part in different fitness publications as a model and also performed in WWE 2K19 as a playable character in WWE Video Game.