Mickie James is an American professional wrestler, actress, model and country singer signed to WWE under the ring name Mickie James, performing on the SmackDown brand.

At present, James; net worth is approximately $5 million. Regarding her relationship status, she is married.

How Much Is Mickie James Net Worth In 2019? Know Her Salary and Income Source

The 39 years old professional wrestler, Mickie James had a net worth of $4 million in 2015. As of 2019, she has an estimated net worth of $5 million including all of her properties and incomes. She is currently receiving an annual salary of $400,000.

Apart from her earnings from WWE, she too is a musician and has dropped several albums through which she had added a decent sum to her bank account.

James is a married woman, she got married to her longterm loving partner, Nick Aldis. The couple tied their knots on December 31, 2015. The couple had their first child on September 25th, 2014. 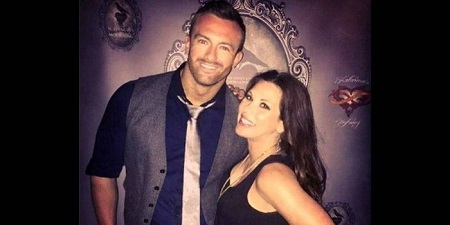 Mickie James was previously engaged with wrestler Kenny Dykstra but the relationship didn't last for long.

Apart from her love life, Mickie James was keen on horse riding from a very young age. Now she owns 3 horses named Bunny, Casanova, and Rhapsody. She also owns two dogs. She was the former manager and trainer of a fellow wrestler, Alexa Bliss.

Mickie James was born was Mickie Laree James-Aldis on August 31st, 1979 in Montpelier, Virginia, the United States. Her nationality is American and is of white ethnicity. Her parents are Stuart James and Sandra Knuckles, who got divorced when she was young. She was interested in wrestling from an early age. James started her professional wrestling career in 1999 with Independent Circuit.

James was a fan of professional wrestling from an early age. She attended a wrestling school in Washington D.C after she failed in a trigonometry class in her school. She ended her academic career as soon as she joined the wrestling school.

Mickie James started her professional career with Independent Circuit and made her professional debut in 1999 as "Alexis Laree". Afterward, she started training in Funkin Conservatory, Florida in order to improve her skills. James joined Total Nonstop Action(TNA) Wrestling in 2002 as "Alexis Laree". However, she featured on a match on March 26, 2003, as part of team "Amazing Red".

This time, her spell with TNA was short. After spending a year with TNA, she joined WWE (World Wrestling Entertainment) and she was sent immediately to "Ohio Valley Wrestling (OVW)", for training purpose. James made her debut for WWE on October 10, 2005, this time using her real name. During her time with WWE, she has held WWE Women's Championship title for 5 times and her only one Divas Championship title in 2010. She defeated Nikki Bella at the Raw Main event in 2010.

She was released by WWE in 2010, after which she returned to TNT. On her second spell with TNT, James won 3 TNA Knockouts Championship titles and TNA World Cup 2013 with team USA. She again left TNT in 2013 although she still had a contract with the company. Then she returned to Independent Circuit. On January of 2015, she made a shocking return to TNT for the second time. Currently, she is associated with both TNA and Independent Circuit. Besides wrestling, James is also interested in music. She has released two country song albums; "Strangers & Angels" in 2010 and "Somebody's Gonna Pay" in 2013.