Gossip Know Conor McGregor's Net Worth As of 2018, Find All the Information About Mac Mansion, His Homes, Cars, Watches, Earning From His Fighting Career and More

Know Conor McGregor's Net Worth As of 2018, Find All the Information About Mac Mansion, His Homes, Cars, Watches, Earning From His Fighting Career and More

In the world of sports especially in the case of mixed martial arts and boxing, few names can hold a candle to Conor McGregor. With the attitude of a champion and past records to back it up, he is easily one of the most bankable names in the sport.

Conor McGregor has made headlines with four out of the six highest-selling UFC pay-per-view events. As someone who can bring the immense attention of media as well as the public to his matches, he is able to bring just as much money to the sport. Find out all about Mcgregor's financial assets and details on how much he makes from his profession.

Net Worth As Massive As The Name "Conor McGregor"

The name Conor McGregor holds in itself a high value and the man who owns the name has only increased its value. McGregor's net worth is estimated to be a massive $137 million. As one of the highest pay per view attraction, he makes a killing out of knocking out his opponents in the ring. With a huge bank balance, McGregor lives a luxurious life. How luxurious you say?

The name Conor McGregor suggests top quality and the very best of the best in the sport. So, it stands that he has to maintain his reputation in his lifestyle as well to match his big name. He seems to have found just the right way to show that he lives in just as much qualitative and luxurious life as he provides in the ring.

McGregor purchased a £1.3M luxury villa in La Resina country club in Marbella which is part of a new £15M development around the area. The villa provides sunken fire pits and outdoor lounge areas alongside the infinity pool, while the master bedroom has direct access to the pool. 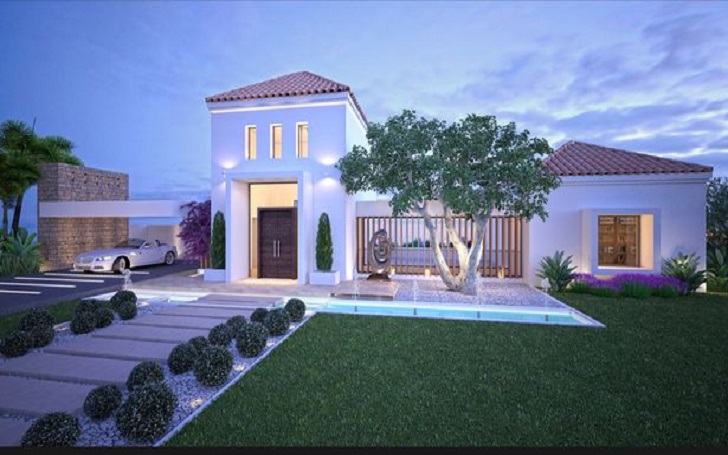 McGregor has decided to make some adjustment of his own with a customized gym fitted. The house also boasts of a home spa along with an automation system throughout to control features such as lighting, air conditioning, and entertainment systems.

It is not the first expensive purchase that Mcgregor has made as he also owns a €2 million mansion in Ladycastle estate on the grounds of the K Club in Co. Kildare. It seems that he had a growing interest to live in a mansion after he spent time on the Las Vegas Mac Mansion.

Conor Mcgregor has spent money on his luxurious mansions, but that is not the end of it all. Mcgregor is also an avid car collector and has some wide range of expensive and luxurious cars.

The 500 Benz. The flagship. I forget about this one sometimes. She is a little beast. Happy Friday.

The list of his car collections includes BMW i8, Cadillac Escalade, Range Rover, Rolls-Royce Phantom Drophead Coupe, and Lamborghini Aventador Roadster. The price of each of the cars in his possession does not come cheap goes upwards of €100,000. McGregor does not love to buy cars for himself but also loves to gift them as well. He presented all of his family members BMWs as well.

Making Millions In and Off the Ring: McGregor's Earning

You are now aware that Conor McGregor has a huge earning from his salary but let us give you more clarity on just how much this fighter makes. As an unknown fighter making his name in the scene, McGregor used to make money in the thousands which could go up to five figures. However, as his reputation increased so did his earnings from the fight and it has reached the point where he makes a million from one match.

Everything I do is money.

McGregor's biggest payday to date has been his match with Floyd Mayweather held on 2017. He was reported to have taken home $85 million from the fight after-tax reductions. A rematch may have brought a huge crowd as well to further add to his fortune but McGregor stated that there would be no rematch with Floyd.

Aside from fights in the ring, McGregor is also endorsed by various big brands which include names like Burger King, Beats by Dre, Monster Energy, David August, BSN, Anheuser-Busch, HiSmile, and Betsafe. Last year, he reportedly earned $7 million from his brand deals alone. With his earnings in the millions, it is no wonder he has such a huge net worth and can afford to live so lavishly.