News Conor McGregor Displays his $23,000 Rolex Watch ahead of the match Vs Khabib Nurmagomedov

Conor McGregor Displays his $23,000 Rolex Watch ahead of the match Vs Khabib Nurmagomedov

Conor McGregor is the 4th highest earning athletes in 2018 with about $95 million. He is also known for showing off his extravagant lifestyle and at this moment he has displayed yet another expensive property owned by him- £23,000, gold and platinum Rolex watch.

The Irish MMA star who is set to make his Octagon comeback on October with the highly anticipated match against Lightweight Champion Khabib Nurmagomedov shared his photo in the seaboat enjoying the ride on his Instagram where the close look of his Rolex watch can be seen.

His Day Date 36 features the ice blue dial markers fashioned from 18-carat gold which was described as 'the watch par excellence of influential people' by the designer.

Despite losing the boxing match to Floyd Mayweather last year, The Notorious pocketed £77million. He will face Khabib on October 6 at UFC 229. He has not fought any MMF fights since 2016 since he defeated Eddie Alvarez for the Lightweight Championship.

There is known doubt that The Notorious will receive the highest paycheck at UFC 229 as he is the most popular MMA fighter. 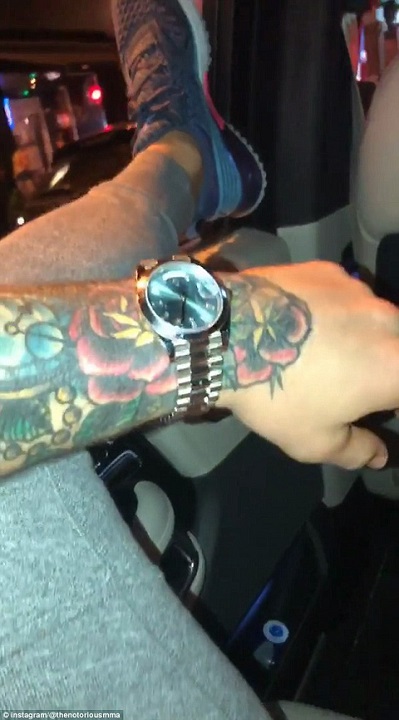 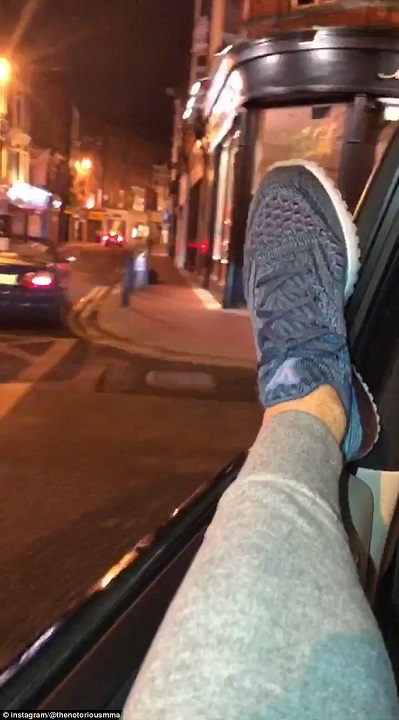